‘Sophie’s Choice’ is the perfect summer read. Hear me out. 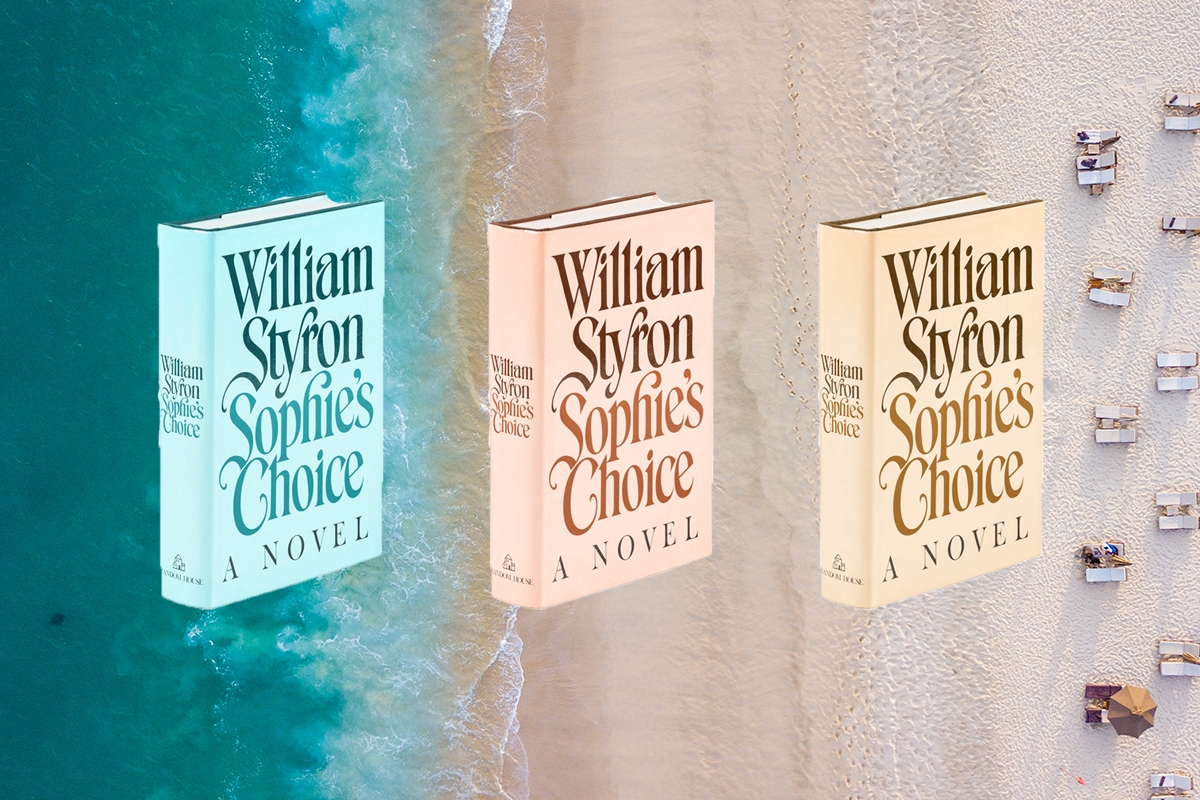 Contrary to popular belief, summer is not only for the lighter things in life. It can be the best time for luxurious nostalgia and dark rumination. Like Lana Del Rey, I’ve often got that Summertime Sadness.

This may be the reason why, without fail, as soon as the weather turns properly muggy, I turn my office upside down looking for my tattered copy of William Styron’s “Sophie’s Choice.” In fact I’d venture to say it’s the perfect summer read. But whenever I bring this up to others, they think I am making an insensitive joke. I am not.

Yes, the novel’s title has become a kind of catchphrase, culturally synonymous with an impossible choice between two terrible outcomes — and also with Jewish genocide. But it may surprise you to know that less than a third of the book’s hefty 562 pages concerns the Holocaust, and we don’t arrive at the death camps until page 235.

The central character of “Sophie’s Choice” is actually a 22-year-old man-boy from Virginia named Stingo who is “struggling to become some kind of writer.” The novel concerns “that summer” of 1947, told in an ominous first person retrospective point of view that promises essential self-revelation a la Plath’s “The Bell Jar” or Julie Buntin’s “Marlena” (both of which, perhaps not coincidentally, also take place largely in summer). There is something about summer, it seems, that makes us want to confess.

“In those days cheap apartments were almost impossible to find in Manhattan,” the book’s opening line reads, “so I had to move to Brooklyn.”

We follow Stingo through his days at a thankless job at a second-rate publisher, where he has been tasked with writing a detailed summary of every unsolicited manuscript sent there. Before long he becomes disillusioned, quits and moves from Manhattan to a boarding house in Flatbush run by a Jewish woman named Yetta Zimmerman that is painted entirely pink (Yetta’s ex-husband got a good deal on some pink Army surplus paint).

Becoming Yetta has long been my personal dream, so please forgive me for quoting the description of her Pink Palace at length:

“I also was greatly taken by Mrs. Zimmerman’s overview of her establishment, which she expounded as she led me around the premises. ‘I call this Yetta’s Liberty Hall,’ she said, every now and then giving me a nudge. ‘What I like to see is my tenants enjoy life … Not that I don’t gotta have rules.’ She lifted the pudgy nub of a forefinger and began to tick them off. ‘Rule number one: no playing the radio after eleven o’clock. Rule number two: you gotta turn off all the lights when you leave the room, I got no need to pay extra to Con Edison. Rule three: positively no smoking in bed, you get caught smoking in bed — out … Rule number four: full week’s payment due every Friday. End of the rules! Everything else is Yetta’s Liberty Hall. Like what I mean is, this place is for grownups. Understand, I’m running no brothel, but you wanna have a girl in your room once in a while, have a girl in your room … And the same thing goes for the young ladies in my house, if they want to entertain a boyfriend now and then. What’s good for the gander is good for the goose, I say, and if there’s one thing I hate, it’s hypocrisy.”

Six others live in Yetta’s boarding house — five Jews and a blonde Catholic Polish Holocaust survivor named Sophie. Sophie is engaged in a passionate sexual affair with Nathan, one of the other residents, and before long Stingo gets roped into an exciting costume-wearing, picnic-having tricycle friendship with the couple.

“The weather was generally fine that summer,” Styron writes, “but sometimes the evenings got hot and steamy, and when this happened Nathan and Sophie and I often went around the corner on Church Avenue to an air-conditioned ‘cocktail lounge’ called the Maple Court.”

It is at the Maple Court that Sophie ultimately tells Stingo about working (somewhat reluctantly) as part of the Polish resistance during World War II and then being deported to a Nazi death camp. Other things are discussed there, too, most of them having to do with race and the American South and the legacy of slavery. It turns out that Stingo’s increasingly dilettante-ish life is being partially funded by the sale of a black person his ancestors kept in bondage, a pill that Stingo (and Styron too, perhaps) at turns denies and struggles to swallow.

The novel is also so soaked in sex — having it, trying to have it, thinking about having it — that I’d say, in some ways, the book is deeply about sexuality and the ways it gets wrapped around trauma, obsession, darkness and history. Stingo marvels at the uninhibited f***ing of Sophie and Nathan, which he can hear in great detail happening in the room above him, and a solid 75 pages are taken up by his own quest to get laid by a cool Jewish girl named Leslie whom he meets on the beach at Coney Island.

“Leslie and I are in the bar of a restaurant called Victor’s and I am getting a little drunk,” Stingo writes in his journal. “I have never felt such sexual electricity in my life. This Jewish dryad has far more sensuality in one of her expressive thumbs than all the locked-up virgins I ever knew in Va. & N.C. put together.” (It comes as no surprise that “Sophie’s Choice” was banned in several countries as well as in high schools across America when it first came out. I’m pretty sure I only picked up this novel in the first place because I was roaming the big bookshelf in the back of my childhood apartment looking to get off.)

In short: Even though Sophie’s plot line gets the titular spotlight, I’m here to say that “Sophie’s Choice” is decidedly not a Holocaust book no matter the reputation it’s gained. Sophie’s revelations serve not so much to highlight the evil of the Nazis as to illuminate what it means to be an American, both touched and untouched by the horrors of the past. Sophie is a survivor, but also a complicit witness, and by listening to her story, Stingo and the reader are, too.

So I’ll be there this summer, in the sand, feeling turned on and sad and epically lost in the mindfields of trauma and history. Join me.