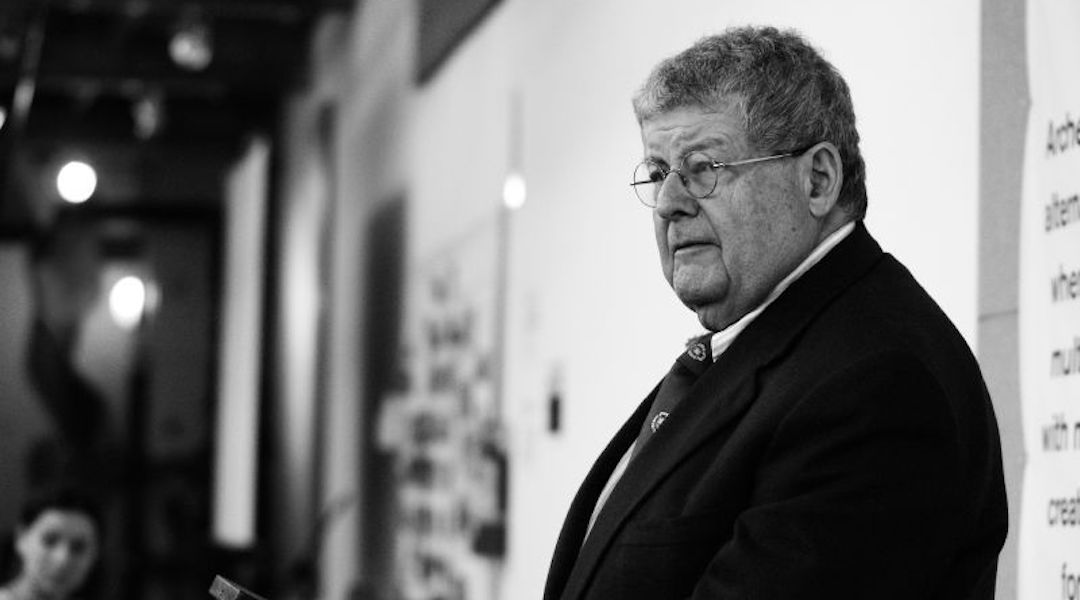 Stanley Tigerman, seen in 2007, reluctantly took on the Holocaust museum project but it became one of his most iconic buildings. (Lee Bey/Wikimedia Commons)
Advertisement

The Illinois Holocaust Museum and Education Center in Skokie, completed in 2009, became one of his most iconic buildings despite his reluctance to take on the project. When he was first invited to bid on the design, Tigerman threw the invitation into the wastebasket. His wife and architectural partner, Margaret McCurry, took it out and told him, “You have to interview for this.”

The other architects bidding on the project arrived with extensive plans and PowerPoint presentations. Tigerman brought to the committee a simple design drawn on a napkin featuring two rectangular buildings with a path wending through them. “There’s no going back” once visitors embark on their visit, Tigerman explained.

The path sends the museum-goers on a chronological journey showing the gradual unfolding of the Holocaust and its horrors, concluding with them facing east — toward Jerusalem and the continuation of Jewish history there.

Tigerman, who died Monday at the age of 89, is credited as well with helping a new generation of architects come to prominence. His 1976 exhibition “Chicago Architects” shook up the architectural scene, bringing attention to that group. 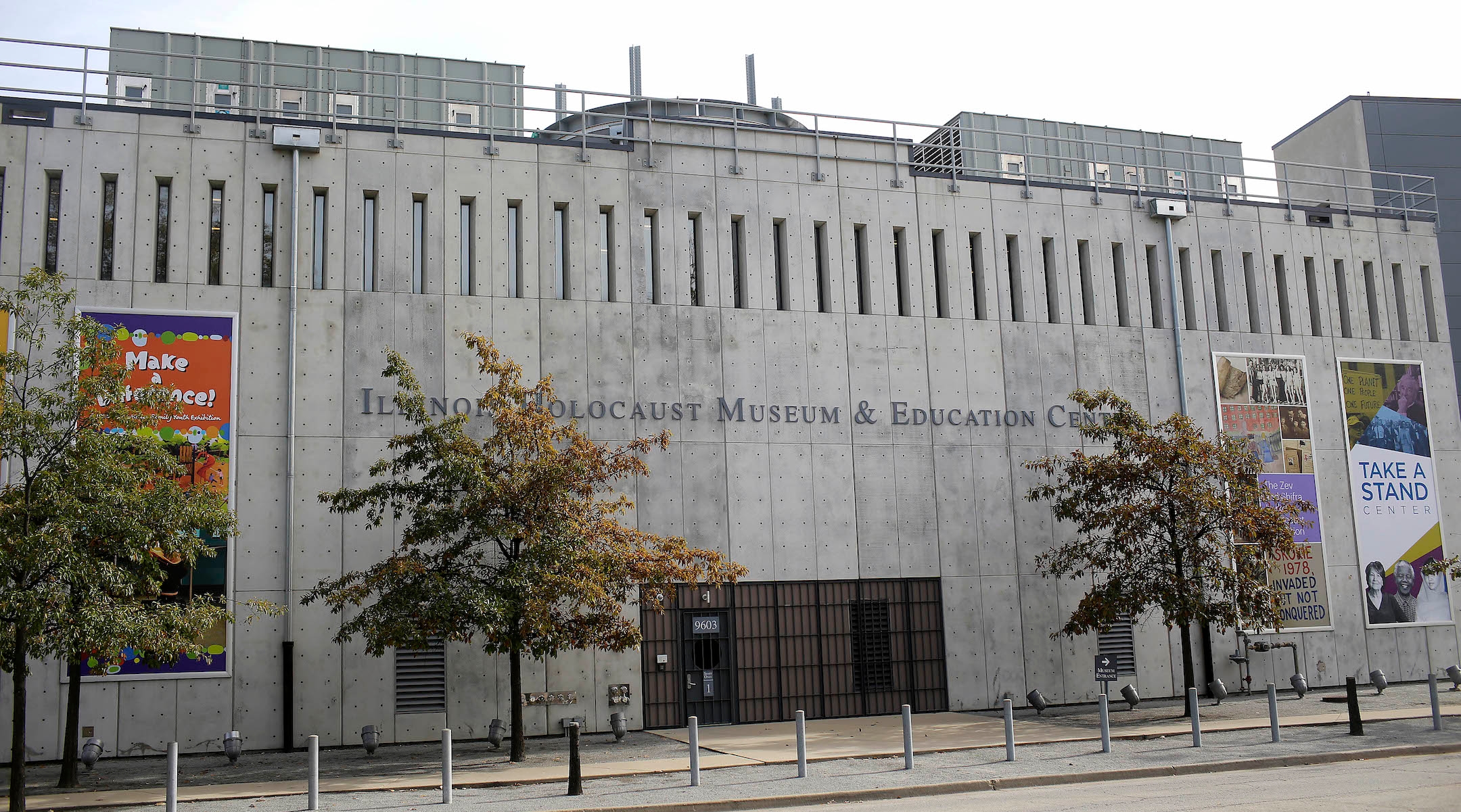 The Illinois Holocaust Museum and Education Center in Skokie, Ill., October 2017. It was completed in 2009. (Joshua Lott/AFP/Getty Images)

Tigerman was hailed as one of a “Gang of Four” Chicago architects whose pioneering visions would transform the city’s buildings. The moniker would be changed soon to the “Gang of Seven” to acknowledge the rise of other local architects, and also as an homage to the “Chicago Seven,” a group of anti-war activists who were arrested at the 1968 Democratic National Convention in Chicago.

The Gang of Seven argued that the legacy of the famed Chicago-based architect Ludwig Mies van der Rohe, who died in 1969, was stifling new innovations in the city’s buildings. Instead of van der Rohe’s steel and glass Modernist style, Tigerman and the others in the Gang of Seven advocated a more informal, individualistic approach to architectural design.

Born in 1930 to an impoverished Jewish family, Tigerman grew up in a boarding house owned by his grandparents. He later said he decided to become an architect when he was 13 and read “The Fountainhead” by Ayn Rand. The book’s protagonist, a bold, uncompromising architect, inspired him and gave him the strength later in life to challenge conventional wisdom in his field.

Tigerman studied architecture at Yale and worked for the Chicago architectural firm Skidmore, Owings & Merrill before breaking away to found his own firm in 1962. One of his first major projects was Woodlawn Gardens, a 27-structure, low-income public housing complex that at the time was one of the nation’s largest.

Throughout his career, Tigerman would be concerned with low-income housing. One of his last major projects was the Pacific Garden Mission, a 156,000-square-foot charity on Chicago’s South Side, in 2007.

Tigerman’s concern with social issues extended to his business practices. His firm was known for hiring large numbers of people of color and encouraging minority architects and support staff.

In 1996, Tigerman co-founded Archeworks, an alternative, socially conscious architecture school. Its mission goal is to “use the power of design to challenge social, cultural and environmental challenges in Chicago.” Archeworks has collaborated on over 80 architectural projects, including schools, civic organizations, charities and museums.

“There wasn’t an issue that he didn’t consider, think about and form a position on, without fear,” Gang told The New York Times.

Tigerman is survived by his wife, two children from his first marriage and four grandchildren.