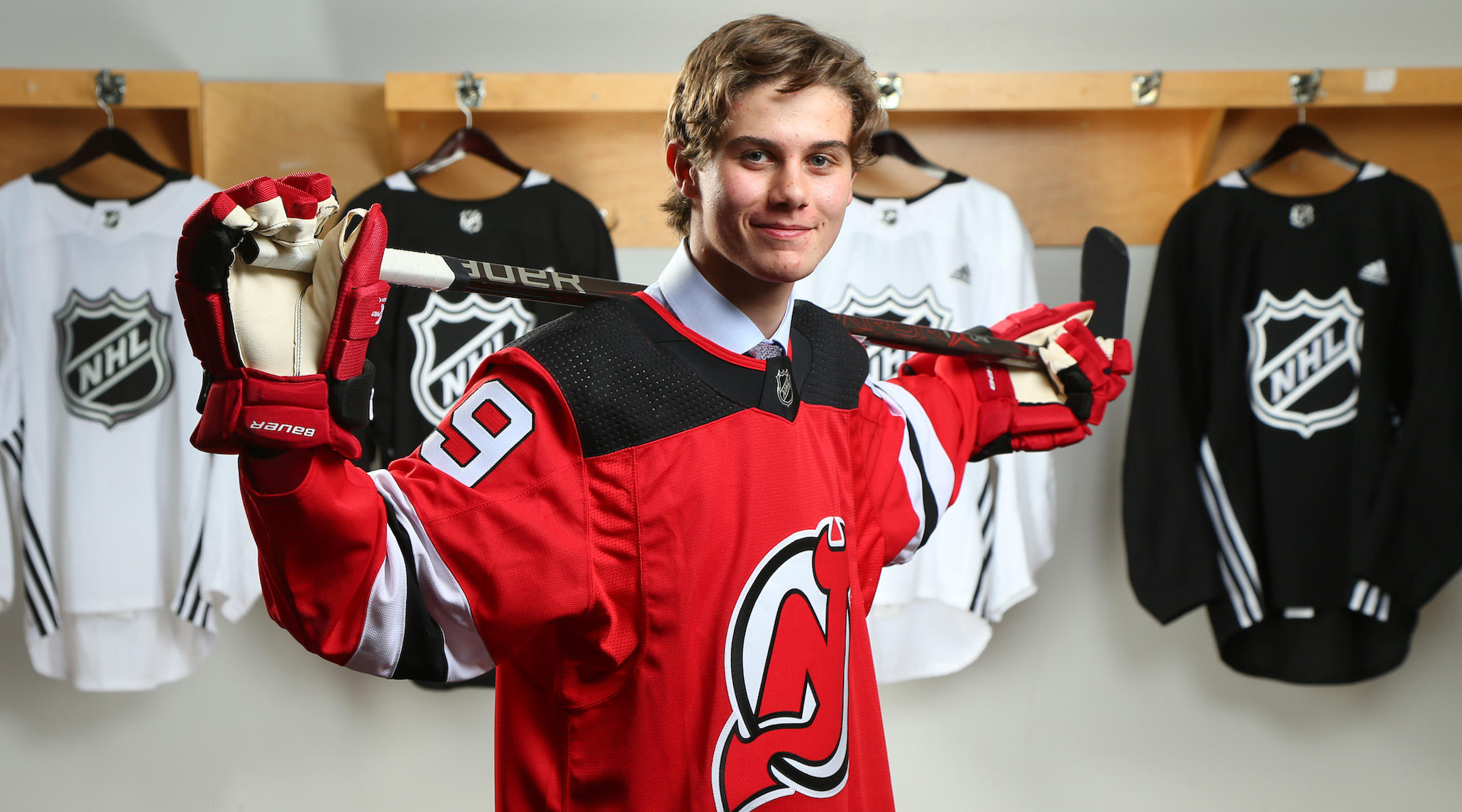 (JTA) — Jack Hughes, even at 18, is no stranger to making history. And now he’s done it again, becoming the first Jewish player to be drafted No. 1 overall by the National Hockey League.

The New Jersey Devils picked Hughes, a Florida native who grew up in Ontario, Canada, on Friday. He’s the son of a Jewish mother and Catholic father — both big-time hockey players back in the day — who attended Catholic high school but had a bar mitzvah.

“We did Passover when we were younger,” the teen phenom told “The Michael Kay Show” on ESPN Radio on Monday.

His older brother, Quinn, was the No. 7 pick a year ago by the Vancouver Canucks. Both were members of the U.S. squad in the Men’s World Championship last month in Slovakia. They have a 15-year-old brother, Luke, who appears to be following in their footsteps.

Being chosen No. 1 overall “obviously is special … really exciting,” he told Kay and his sidekicks.

Does this mean at Christmas you get to brag? they asked Hughes, a 5-10, 170-pound forward.

“Not just Christmas but the other 364 days, too,” he responded, noting the siblings’ competitiveness. His brother is a defenseman.

For Hughes and his brothers, the hockey lineage comes from their parents. Mom Ellen Weinberg-Hughes was a member of the U.S. women’s national squad that took silver in the 1992 World Championships, while dad Jim played for Providence College before becoming a coach and working in player development with the NHL’s Boston Bruins and Toronto Maple Leafs.

“It’s in my blood to be an athlete, to be a hockey player,” Hughes said on the Kay show. “My parents are having a ball with it.”

The Devils expect quite a bit from their top choice.

“I think he’s going to change our organization,” an executive and a former star goalie with the club said, according to the Breaking Israel News website. “He’s a tremendous talent.”

Upon confirming Hughes’ Jewishness, one of Kay’s sidekicks, Peter Rosenberg, was on board as a fan, forsaking his former favorite, Pittsburgh Penguins’ great Sidney Crosby (who’s not Jewish).