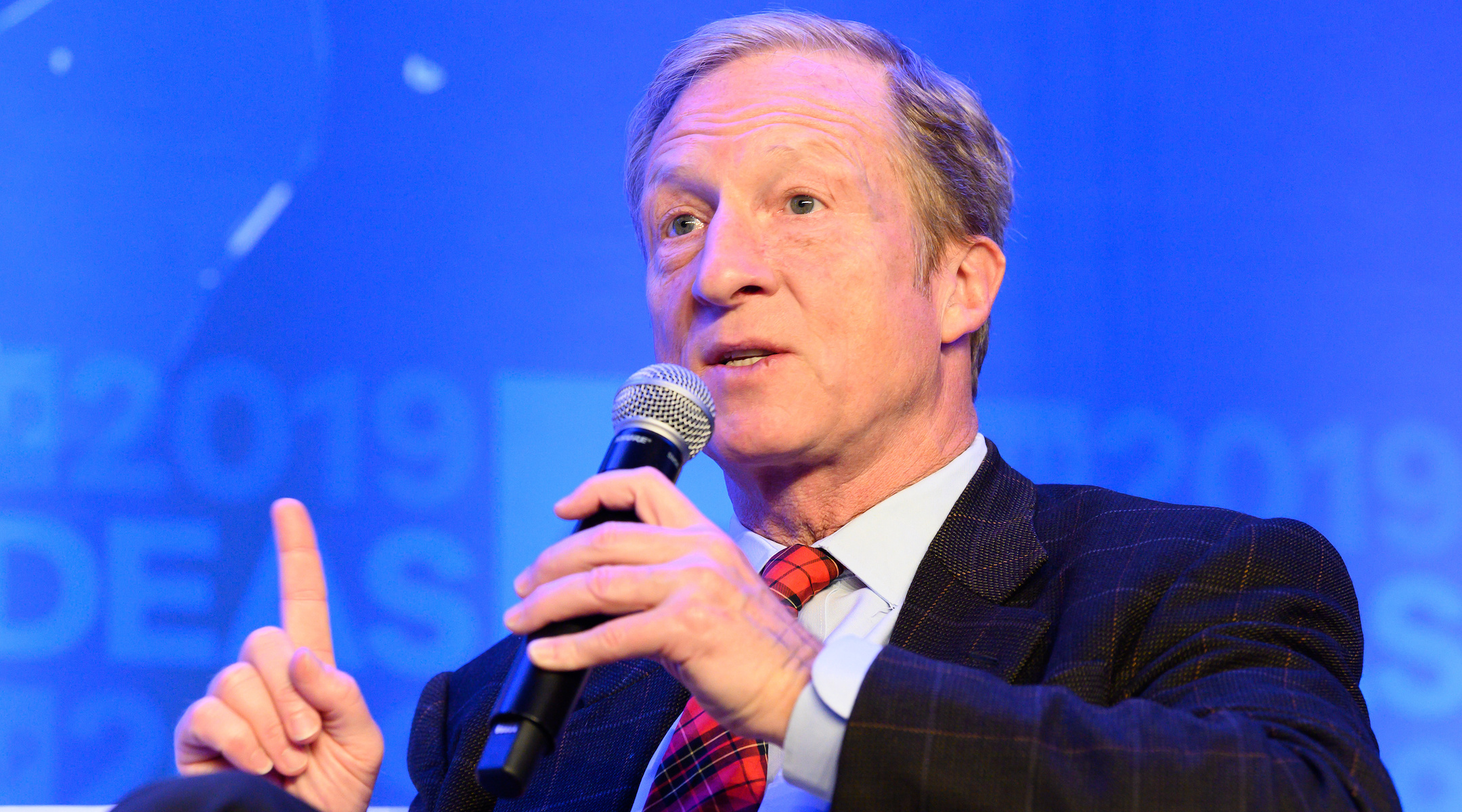 Tom Steyer speaks at The Center for American Progress conference in Washington, D.C., May 22, 2019. He is the 25th Democratic presidential candidate. (Photo by Michael Brochstein/SOPA Images/LightRocket via Getty Images)
Advertisement

WASHINGTON (JTA) — Tom Steyer, the billionaire liberal who has excoriated Republicans for what he has said are anti-Semitic attacks on his advocacy, is running for president.

Steyer, who has led calls for Donald Trump’s impeachment, announced Tuesday that he would be the 25th candidate running for the Democratic presidential nomination. (A 26th, Rep. Eric Swalwell, D-Calif., dropped out this week.)

In a four-minute video posted on social media, the hedge fund billionaire emphasized what he said was a tendency in both parties to heed corporations and not voters.

“What people believe is that the system has left them,” he said, and lauded the dedication to service of previous generations, citing his Jewish father’s service in the U.S. Navy in World War II and then afterward as a prosecutor at the Nuremberg trials. 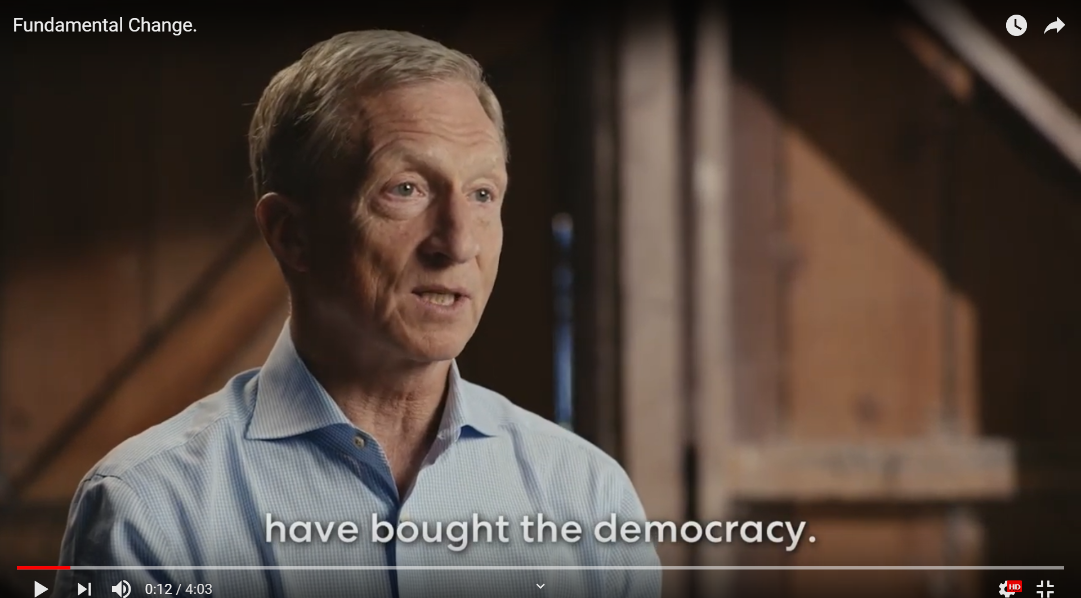 Tom Steyer announces his bid for the presidency in a video posted to social media, July 9, 2019. (Screenshot)

“My father graduated from Yale law school, at 21 started being a lawyer and then he went into the Navy because of Pearl Harbor, and then at the end of the war they sent him over to be the assistant to the chief prosecutor at Nuremberg,” he said of Roy Henry Steyer. “I think my father looked at being in the service or being at Nuremberg as like you have your duty, you do it.”

He has described Republican attacks on him and other liberal Jewish billionaires who back Democrats as anti-Semitic, singling out a tweet last year by Rep. Kevin McCarthy, R-Calif., the minority leader. McCarthy tweeted, “We cannot allow [George] Soros, Steyer, and [Michael] Bloomberg to BUY this election! Get out and vote Republican November 6th.”

“In terms of interpreting what he said, that seems, to me, like a straight-up anti-Semitic move,” Steyer told CNN at the time. McCarthy later deleted the tweet.