Lucette Lagnado, whose prize-winning memoir recalled her family’s Egyptian-Jewish past, dies at 63 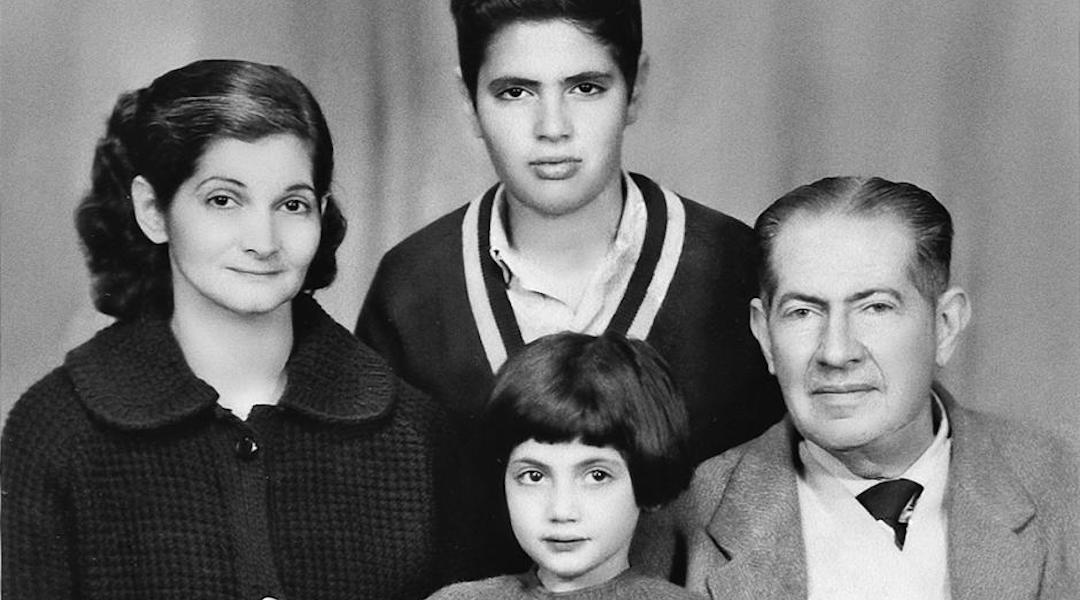 On the eve of leaving Egypt in the 1960s, Lucette Lagnado, then 6, and her family posed for a family portrait. (Lucettelagnado.com)
Advertisement

NEW YORK (JTA) — Lucette Matalon Lagnado, a Wall Street Journal reporter whose 2007 memoir of her Egyptian-Jewish family won the Sami Rohr Prize for Jew­ish Literature, has died. She was 63.

The Jewish Book Council, which awarded the prize for “The Man in the White Sharkskin Suit,” did not specify a cause in announcing her death.

Described as “stunning” by Michiko Kakutani in a New York Times review, Lagnado’s memoir recalls the lost, cosmopolitan world of Cairo’s Jewish community before and after World War II and her high-living father, a prosperous clothier. She would later devote another memoir, “The Arrogant Years,” to her mother’s story.

After leaving Egypt in the turmoil that followed the rise of the dictator Gamal Abdel Nasser, the family eventually moved to Bensonhurst, Brooklyn. Lagnado graduated from Vassar College and started her reporting career at a community paper in Brooklyn. She served an internship with the investigative reporter Jack Anderson, as a columnist for the Village Voice and as executive editor at the English-language Forward newspaper.

A story she worked on about Dr. Josef Mengele helped rekindle global interest in his macabre experiments at the Auschwitz concentration camp and the search for justice for his victims. That was also the subject of “Children of the Flames,” her 1991 nonfiction book with Sheila Cohn Dekel.

At The Wall Street Journal, which she joined in 1996, Lagnado was a cultural and investigative reporter, most recently covering health care, health delivery for the poor and uninsured, and new treatments for cancer.

Among her awards are the Columbia University Graduate School of Journalism’s 2002 Mike Berger Award for a story about the aging residents of  an Upper West Side apartment building and three Newswomen’s Club of New York Front Page Awards for her reporting on hospital billing and collection. The 2008 Rohr Prize came with a check for $100,000.

In a blog post from 2011, Lagnado revisited the subject of exile and return — this time about her old neighborhood of Bensonhurst, where she would eventually buy one of the apartments where she grew up.

“My trips to Bensonhurst always have a ritual quality to them, like a religious pilgrimage. I must go to this block, I tell myself, I must pay my respects to that building,” she wrote. “There are no people left there that I knew, not a single familiar face — my community long moved out — yet I keep returning.”

She is survived by her husband, Douglas Feiden, with whom she lived in Manhattan and Sag Harbor, New York.