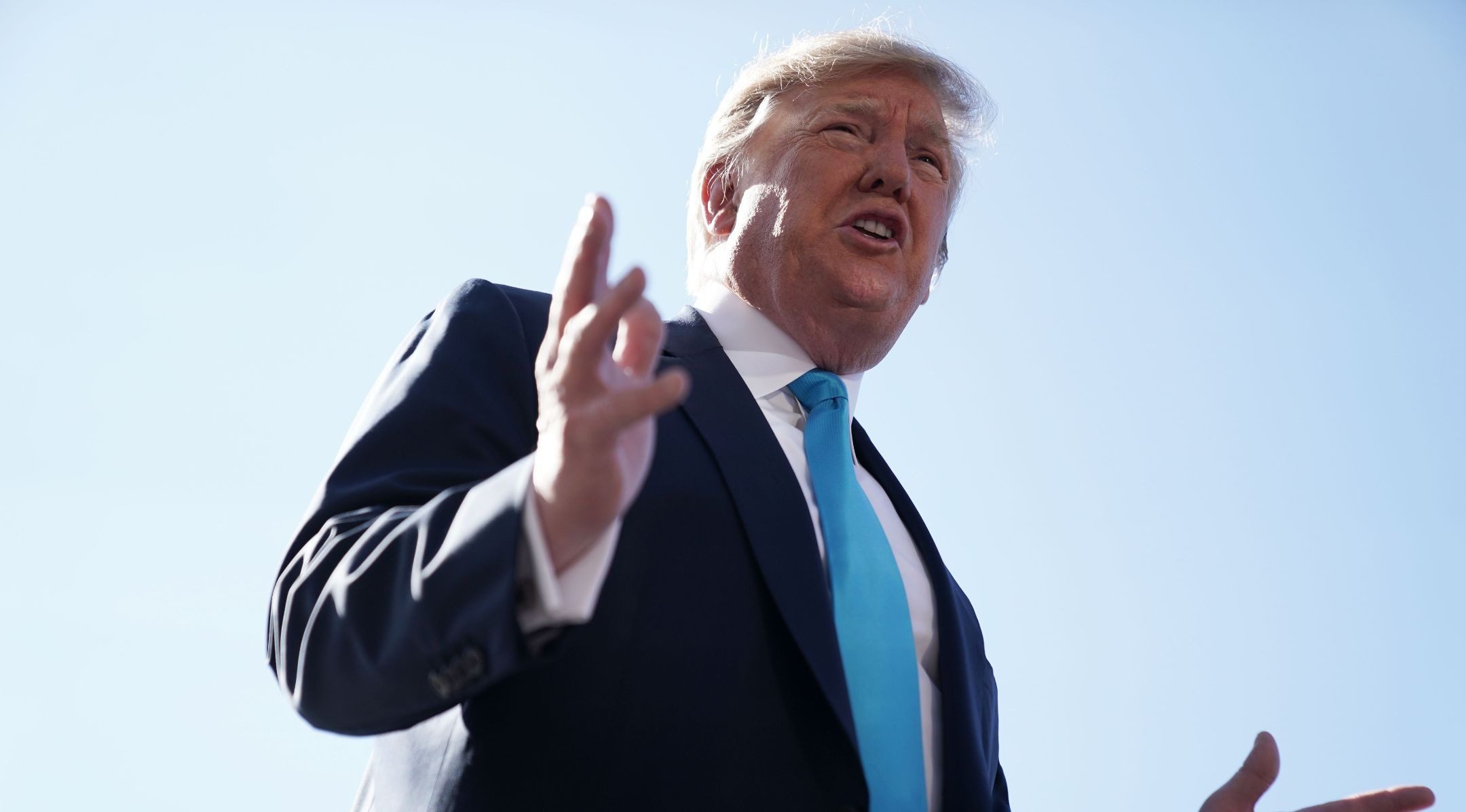 NEW YORK (JTA) — President Donald Trump’s comments on Sunday calling for some Democratic congresswomen to “go back” to their countries of origin have been widely condemned as racist.

“Why don’t they go back and help fix the totally broken and crime infested places from which they came,” the president wrote on in one of a number of tweets aimed at what he called “‘Progressive’ Democrat Congresswomen.”

Despite not naming them all, most have assumed Trump was referring to four women of color: Reps. Alexandria Ocasio-Cortez of New York, Ilhan Omar of Minnesota, Ayanna Pressley of Massachusetts and Rashida Tlaib of Michigan. They are all U.S. citizens and only Omar was born abroad, in Somalia.

In a series of follow-up tweets, Trump said the representatives all “hate Israel with a true and unbridled passion” and have “made Israel feel abandoned by the U.S.”

The president presumably was referring to the rising wave of Israel criticism in the Democratic Party that some of these congresswomen have helped to spearhead. Omar specifically came under fire earlier this year for some comments about the American Israel Public Affairs Committee that some took to be anti-Semitic. Tlaib took heat as well for comments on Israel’s founding after the Holocaust, which some saw as revisionist.

“We all know that AOC and this crowd are a bunch of Communists, they hate Israel, they hate our own Country,” he wrote.

For Jewish groups and lawmakers on both sides of the aisle, Trump’s comments have struck an intense chord. Here’s how many of them have responded.

The Republican Jewish Coalition said it agreed with a comment by Sen. Lindsey Graham in response to Trump’s tweets calling the Democratic congresswomen “a bunch of communists” and saying “They hate Israel. They hate our own country.”

Halie Soifer, the executive director of the Jewish Democratic Council of America, called Trump “America’s ‘Racist in Chief'” in a statement denouncing the comment.

Jonathan Greenblatt, the national director of the Anti-Defamation League, called the comments “flat-out racist” and “xenophobic.” He also criticized Trump for “using Israel to defend his blatant racism.”

Abraham Foxman, the former longtime director of the ADL, called the tweet “one of the oldest xenophobic prejudiced comments expressed by bigots in our country.”

The American Jewish Committee praised diversity in response to Trump’s comments. “Surely we can have policy debates in this country without resorting to potshots at our opponents’ identities or origins,” the organization said.

The Simon Wiesenthal Center said “Every American came from somewhere. Time for everyone in #WashingtonDC to drop the identity politics #racism.”

Bend the Arc: Jewish Action called Trump “a racist and white supremacist” and criticized Republicans for not condemning the remarks.

Sen. Bernie Sanders, D-Vt., described the president as “a liar, a fraud, a narcissist and a bully” in response to the comments.

“Telling a group of American women of color to go back to their country is fundamentally un-American,” she wrote on Twitter.