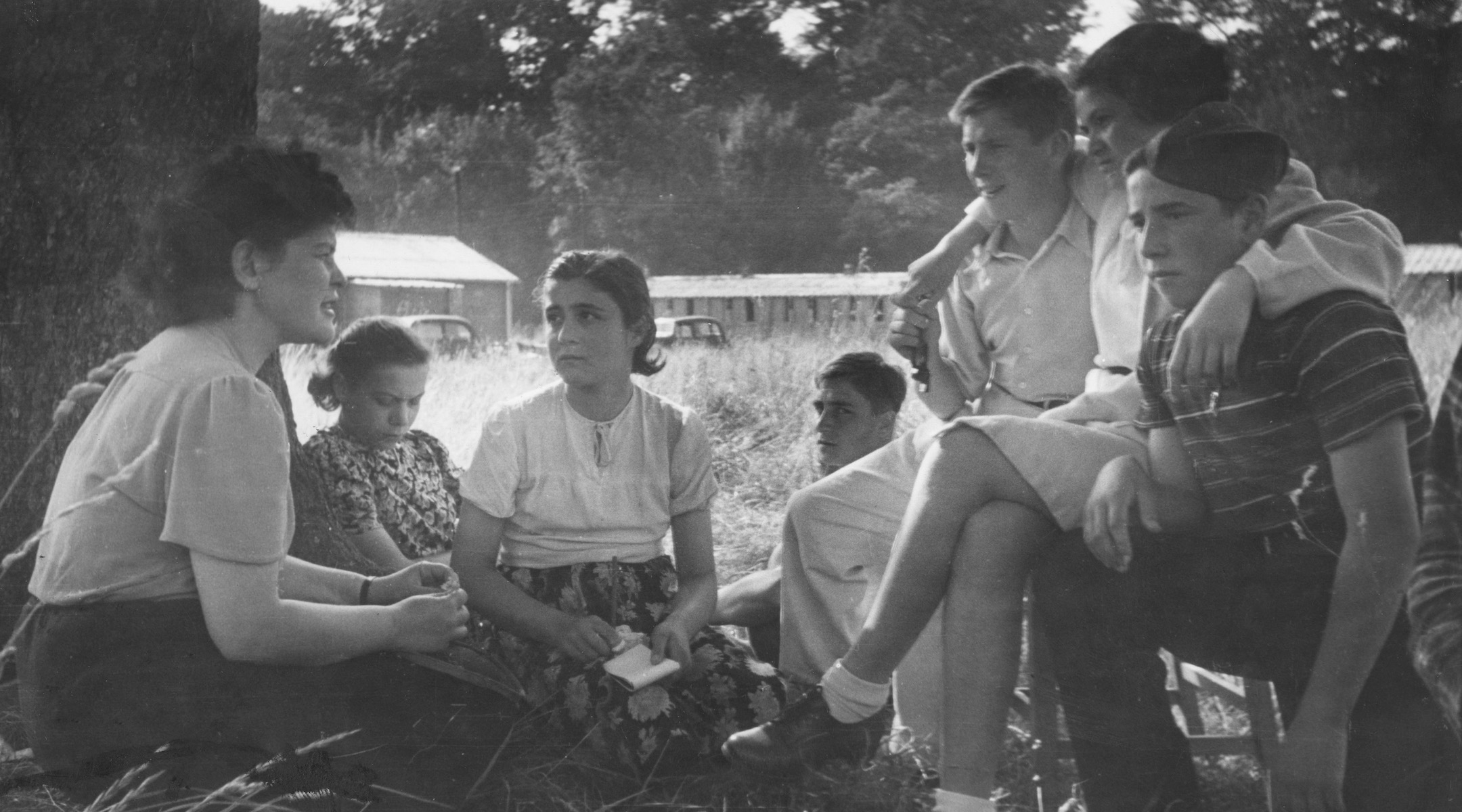 (JTA) — In July 1939, eight months after Kristallnacht and seven weeks before Hitler would invade Poland, Congress killed a bill that would have allowed 20,000 Jewish refugee children into the United States.

Opponents of the bill, according to the Jewish Telegraphic Agency, said America should help its own poor people before foreigners, and worried that letting in children could later lead to admitting their parents.

“I have nothing against the Jews,” said a woman quoted by JTA at the time as Mrs. Arthur J. O’Neill, president of the United Daughters of 1812, that April. “But this is a predominantly Christian country and we should take care of our own needy before we receive new aliens.”

After the war, and the Holocaust, Congress passed two bills that let 80,000 Holocaust survivors move to the U.S. Since then, the United States has continued accepting tens of thousands of refugees per year.

But next year, that number may again shrink — this time to zero.

According to multiple news reports, Stephen Miller, the architect of President Donald Trump’s immigration policies, may try to eliminate refugee admissions next year — no refugees would be allowed beyond the borders. A Miller ally in the office of U.S. Citizenship and Immigration Services proposed the shutdown at a meeting this month of security officials on refugee admissions, according to Politico.

Jewish historians and refugee advocates, however, say that if implemented, the eradication of the refugee program would echo a dark time in American history.

“The familiarity is the coldness to refugees and, also at the same time, the targeted restrictions on immigration aimed at specific ethnic groups,” said Daniel Okrent, author of “The Guarded Gate,” a new book about anti-immigrant sentiment targeting Jews, Italians and other immigrants in the early 20th century. “Despite what Americans learned about the Nazi depredations, about the Nuremberg Laws, Kristallnacht and so on, the American public was not interested in setting aside the quotas to allow more Jews into this country.”

Before World War II, immigration laws placed strict limits on how many Eastern and Southern Europeans could move to the United States. Government officials and media that opposed immigrants portrayed them as filthy, uncultured and ideologically dangerous to America.

“What is incredibly similar are the arguments used against immigrants: They’re not of the same caliber as we are or our ancestors are, my people came for freedom, my people came willing to work,” said Hasia Diner, a professor of American Jewish history at New York University.

Trump has complained about immigration from “shithole counties”; claimed the Mexican government is “forcing their most unwanted people into the United States”; and that the State Department’s  green-card lottery “give[s] us their worst people.” He also said the U.S. Refugee Admissions Program lacked the “extreme vetting” needed to protect the public from terrorists, although other government officials and immigration activists insist the system is extremely strict and thorough.

After World War II, successive U.S. administrations supported refugee resettlement. Diner said that welcoming refugees became a shared cause of anticommunists eager to bring people from nations behind the Iron Curtain and of advocates of humanitarian assistance to the oppressed. Because many Holocaust survivors were from nations occupied by the Soviet Union, she said, nascent Cold War politics worked in their favor.

The Displaced Persons Act of 1948, which allowed Holocaust survivors to immigrate, placed the burden of their care on nongovernmental organizations, including Jewish ones. Diner added that Americans found it easier to accept refugees during the postwar economic boom than during the Depression.

“There was a kind of dovetailing of American ideology — the Cold War and the anticommunism, and the particular groups of individuals who were seeking entry, and so it tended to mute criticism,” Diner said. “The appeal for Americans was anticommunism rather than ‘We love immigrants.'”

Americans as a whole have never been particularly pro-refugee, said Mark Hetfield, CEO of HIAS, the Jewish refugee aid organization. But he said presidents of both parties have supported refugee admissions — from Holocaust refugees to Vietnamese boat people to Soviet Jews who streamed out of the USSR in the late 1980s and early ’90s.

But the Trump administration has been lowering refugee limits since 2017. In 2016, under President Barack Obama, the cap on refugee admissions was 110,000. Trump cut that to 45,000 and then to 30,000. But the United States has not even met those numbers. In 2018, according to HIAS, the country resettled 22,491 refugees. The top five countries of origin were Congo (including both the Democratic Republic of the Congo and the Republic of the Congo), Myanmar , Ukraine, Bhutan and Eritrea.

Trump, Miller and their allies contend that they aren’t anti-immigrant, they just want to admit people based on merit rather than need. In an extensive 2017 news conference, Miller outlined his immigration vision.

“We’re ending unskilled chain migration, but we’re also making sure that the great inventors of the world, the great scientists of the world, that people who have the next great piece of technology can come into the United States and compete in a competitive application process, a points-based system,” he said.

But Okrent says that Trump and Miller’s policies end up discriminating based on national origin. Okrent pointed to past derogatory comments by Trump about Mexican immigrants and Muslims, as well as the comment about “shithole countries.”

“Restrictions on immigration make sense at certain times depending on the economy and other things, but they should never be based on nationality, ethnicity, race or religion,” he said. “And what Trump and Miller are doing now is very much so targeted at the so-called rapists and murderers and invaders coming from Central America and Mexico, or the terrorists, as he describes them, coming from the Muslim countries where he wanted to stop immigration.”

Until Trump took office, Hetfield estimates, HIAS spent half its resources on refugee resettlement. Now that the cap could shrink or disappear, though, the organization is recalibrating, supporting efforts to help asylum seekers already in the U.S. and opening offices in northern Mexico and other countries to aid asylum seekers. But Hetfield hopes that his group will still be able to resettle refugees.

The administration has defended previous moves to curb asylum seekers by saying many of the asylum claims lack merit and are stretching the immigration system to its limit. On Monday, announcing a new rule to reduce the number of Central American immigrants who would be able to seek asylum, Attorney General William Barr made those points and others.

“This rule mitigates the strain on the country’s immigration system by more efficiently identifying aliens who are misusing the asylum system to enter and remain in the United States rather than legitimately seeking urgent protection from persecution or torture,” he said.

But eliminating the program, advocates say, would mean Trump isn’t interested even in legitimate asylum claims.

“It would be absurd if he puts it to zero,” Hetfield said. “He’s tying his own hands behind his back. He’s putting himself in a position where he wouldn’t be able to do anything if there is a refugee crisis he needs to respond to.”