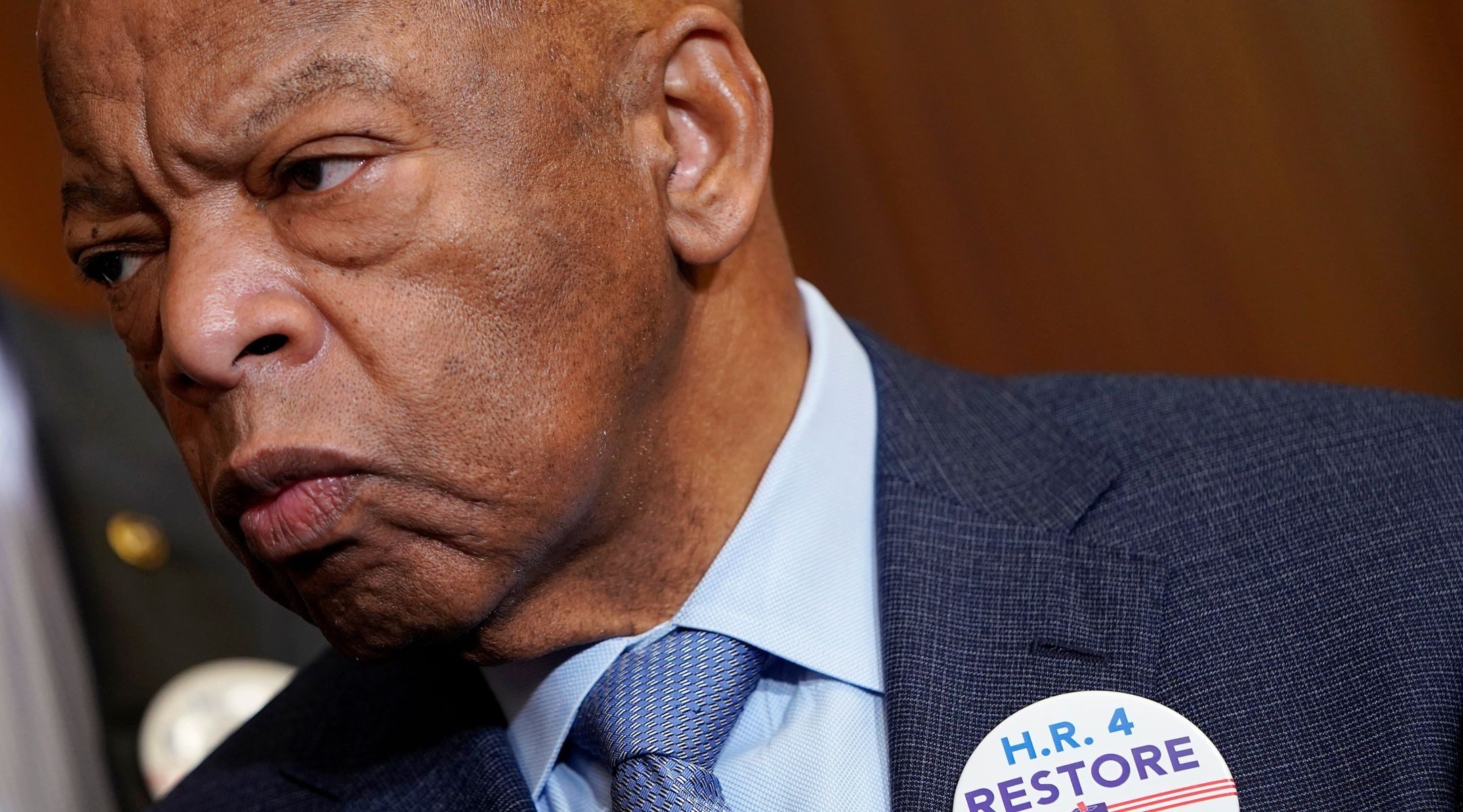 WASHINGTON (JTA) — Civil rights icon Rep. John Lewis, D-Ga., explained why he backed a resolution upholding the right to boycott “at home and abroad” — even though he also voted to condemn the boycott, divestment and sanction movement aimed at Israel

Lewis was a cosponsor of a House resolution, 496,. “affirming that all Americans have the right to participate in boycotts in pursuit of civil and human rights at home and abroad.’” The non-binding resolution was introduced last week by Reps. Ilhan Omar, D-Minn., and Rashida Tlaib, D-Mich., who back BDS.

Resolution 496 does not specifically mention BDS or Israel, but its authors have said that they were moved in part to introduce it because of efforts to penalize Israel boycotters.

Lewis explained his support of this resolution as “a simple demonstration of my ongoing commitment to the ability of every American to exercise the fundamental First Amendment right to protest through nonviolent actions,” he said. His statement Thursday noted his role in the civil rights struggles of the 1960s, which included boycotts.

That doesn’t mean Lewis personally supports BDS — in fact, he cosponsored a separate resolution, 246, that passed Tuesday that condemns the movement.

“However, as a longtime friend of Israel and also as a cosponsor of H. Res. 246, the resolution ‘opposing efforts to delegitimize the State of Israel and the Global Boycott, Divestment, and Sanctions Movement targeting Israel,’ I want to make it very clear that I disagree strongly with the BDS movement,” Lewis said in the same statement.

“Economic, educational, and cultural interaction with Israel, America’s democratic ally, is not only in the best interest of Israelis and Americans, but it improves the climate for peace with Palestinians, which is in everyone’s interest to encourage,” he said.

Omar and Tlaib are half of “The Squad,” four first-term congresswomen who have drawn notice for their efforts to pull Democrats to the left. One other member, Alexandria Ocasio-Cortez of New York voted against the anti-BDS resolution.

But the fourth, Ayanna Pressley of Massachusetts, like Lewis, backs both resolutions.

On Twitter on Wednesday, Pressley said she voted for the anti-BDS bill in part out of sensitivity to her Jewish constituents.

“What I heard resounding in community was that voting yes on this resolution affirmed to my constituents raised in the Jewish faith Israel’s right to exist, a view I share as a supporter of a two-state solution,” she tweeted.