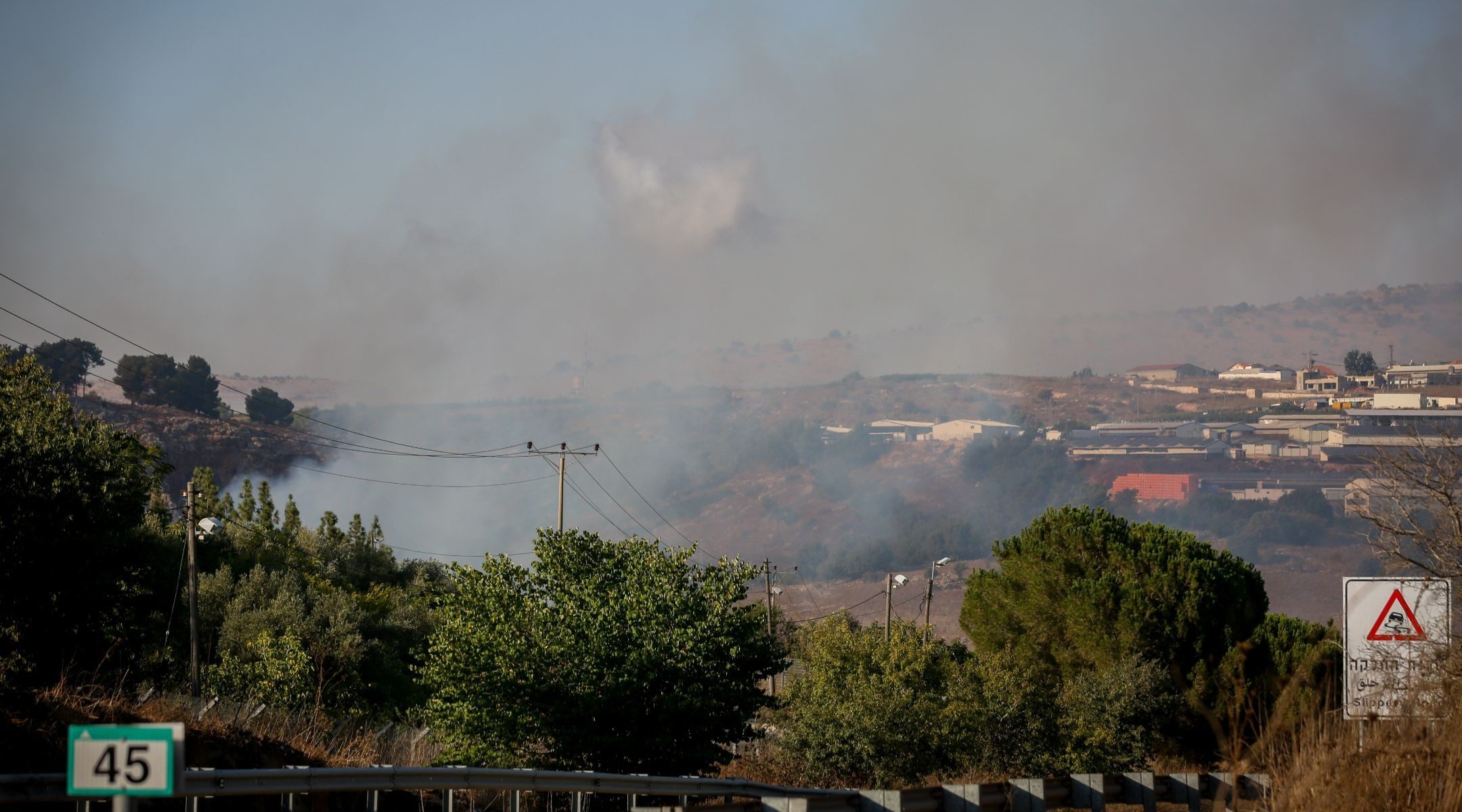 JERUSALEM (JTA) — Anti-aircraft missiles were fired from Lebanon at an Israeli military base and military vehicles.

“There are a number of confirmed hits,” the Israel Defense Forces said in a statement Sunday afternoon. The IDF later confirmed that a military ambulance and a military post were hit but that there were no casualties.

The IDF retaliated with strikes on the source of the missile launches and on other targets in southern Lebanon, the statement said.

A second statement said the IDF responded by firing some 100 mortar shells, including at the cell that fired on Israel.

The terrorist group Hezbollah took responsibility for the missile strikes.

Prime Minister Benjamin Netanyahu, who also serves as defense minister, spoke about the incident at a news conference late Sunday afternoon to mark the opening of Honduras’ diplomatic office in Jerusalem.

“We are consulting about the next steps. I have ordered that we be prepared for any scenario. We will decide on the next steps pending developments,” he said.

Bomb shelters in northern Israeli communities located up to 2 1/2 miles from the Lebanese border were ordered opened, with residents instructed to remain in their homes and only to enter shelters if they hear a warning siren.

Hezbollah said the attack was in response to an Israeli airstrike last week on what Israel said were targets in Syria of Iran’s Revolutionary Guard Corps’ Quds Force and Shiite militia. The strike killed two Hezbollah fighters.

It also was responding to others attacks alleged to be by Israel.

Military bases in northern Israel went on high alert in the wake of the strikes last week.

In a televised speech Saturday, Hezbollah chief Hassan Nasrallah said the group’s response had been “decided” and that Israel “must pay a price” for the assault. “The response will come from Lebanon. We will choose the place and time.”

President Michel Aoun of Lebanon had called the strikes a “declaration of war.”

Israeli President Reuven Rivlin said Sunday evening of the missile attack: “All those who seek to harm us should know that we are ready and willing to defend Israel’s citizens wherever they are, without hesitation. We also say to them that we are prepared and do not want to show just how well-prepared we are. You should know that the border can only be quiet if it is on both of its sides.”

It is not clear if the Sunday attacks make up the entire retaliation decided by Hezbollah.

“When it comes to actions taken against those attempting to harm Israeli citizens or Israel’s sovereignty, there is no opposition or coalition,” he also said.