As an Afro-Caribe Jew, I shouldn’t have to prove my identity to anyone 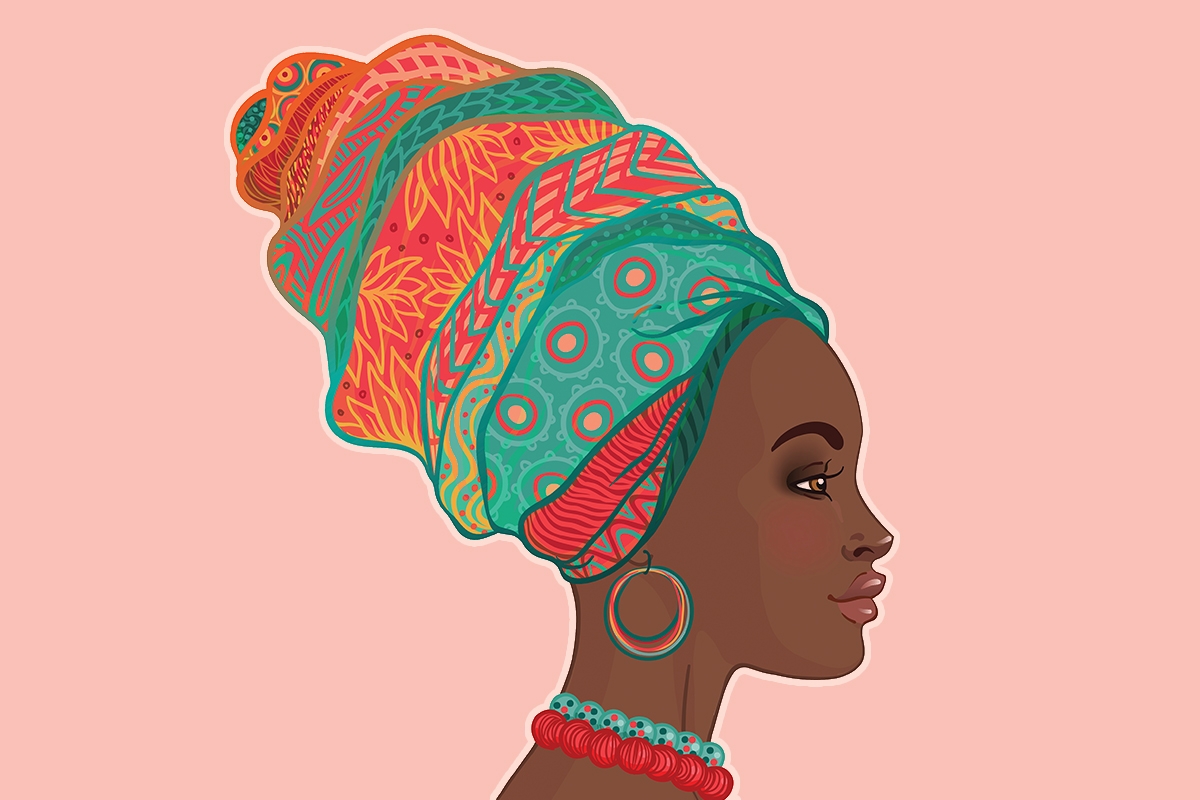 The first time my Jewishness was questioned, I was an anxious 16-year-old in the hospital. It caught me off guard; I had never had it questioned before because no one ever assumed that I was Jewish.

It happened after I had written “חי” on the board of our home lodge in our residential facility to remind myself that I’m still alive and existing no matter how much I’d really rather not be. My questioner was Jewish; I was trying to reclaim my Jewishness. When she confronted me on it, she told me that I “couldn’t be Jewish” because I’m an afrodescendiente, someone of African descent, who wears geles, Nigerian headwraps, and has never stepped foot in a Hebrew school. (It’s true, I was unfortunate enough to live in an area with no Jews.)

It was rough: She was being racist and anti-Semitic at the same time, and it gave me whiplash. I soon learned that I wasn’t Jewish enough for her — or society’s — liking, that I could never meet the standards of this Jewish litmus test that I never even knew existed.

My Nana (maternal grandfather) and mother are Jewish by birth, but my mother never had a Jewish upbringing because she was raised by her Baptist maternal family. Decades later, after my mother’s long, arduous search for spiritual fulfillment, she ended up in Borough Park, Brooklyn, rekindled her own Yiddishkeit, became “baal teshuvah” — one who has “returned” to the Jewish religion — and entered into a loving and supportive long-term partnership with a Muslim man (my Abu, my father).

My Abu is pretty open-minded when it comes to some things, my mother’s Jewishness being one of them. I was given the best Jewish childhood my overly anxious parents could provide, yet according to people like that girl in the hospital, I still wasn’t Jewish enough. Shabbat was always practiced in some form — and that wasn’t Jewish enough. The Passover seders with matzah, the prayers for Yom Kippur — somehow that wasn’t Jewish enough. My independent Torah studies? My edification and refinement? My attempts at understanding kabbalistic texts and theology? My shame? My fear? Wasn’t enough; is not enough; will never be enough.

Sadly, this wasn’t a rare experience that could be chalked up to one person’s ignorance. I remember the second time it happened, again at the hospital, with another afrodescendiente. He had assumed I was Christian; I had to tell him several times that I was Jewish because he refused to believe that I was. He tried to convert me and mold me into a submissive, African Christian wife, but I’m a rebellious, proud Afro-Caribe Jew. I didn’t want to be converted, nor did I want to be preached to about the redemptive love of Jesus. I didn’t want to be re-traumatized for my “otherness” like I was in my many traumatic years of Catholic education. I just wanted to talk to him about what Igboland is like, his pharmaceutical degree, and how it was really messed up for the hospital we were in to confiscate his insulin pump. Alas, my existence as an Afro-Caribe Jew was too much for him to handle.

This past Passover, I went downtown for a campus tour. I accidentally missed my bus stop and had to walk back. While walking, I ran across a Mitzvah Tank — you know, where members of Chabad ask passers-by if they’re Jewish and help folks celebrate the Jewish holidays. They were giving out free boxes of matzah and Shabbat candles, and I wasn’t totally sure if I still had any at home. I asked if they still had matzah, but I wasn’t acknowledged at all. I gave up trying to get their attention after a while; being snubbed like that hurts when all one wants is to bond with another over the similarity that governs their entire lives from the cradle to the grave. The only acknowledgment I got was when a young boy asked me if I was Jewish and I got to see his eyes light up when I said yes. His fresh-faced jubilation was eternities better than all of the uncomfortable social aspects of being an Afro-Caribe Jew.

I wish more people would treat me like that young boy did. Instead of questioning my very existence, if people asked more about my life as an Afro-Caribe Jew, they might find out that a lot of our food is deliciously kosher, that our women cover their heads, too (for various reasons even though it’s a tradition that’s dying away), and that a lot of Jewish people exist in Latin America and the Caribbean, so afrodescendientes with Jewish ancestry isn’t that uncommon.

Holidays are usually the only ways I can express my Jewishness and fully allow myself to be the Afro-Asian and Indigenous Caribe my par-aaja (great-grandfather) came to the United States as. I may not be able to have black cake during Passover (which somewhat makes sense, seeing as how that’s a traditional winter dessert and it’s leaven), but poncha de crème during Hanukkah makes up for it. Raspberry and hibiscus hamantaschen with coconut flakes for Purim is amazing.

And it’s more than just food: A lot of Afro-syncretic religions draw upon the imagery of Moses and the Israelites, and saw the bondage the Israelites faced as similar to their bondage in the Americas. For example, in Hoodoo (an Afro-syncretic folk magic in the southern United States), Moses played the role of a sorcerer, conjurer and healer. There’s a lot of Jewish theology in Latin American/Caribbean culture. You just need to know where to look.

I wish white Jews would hear out non-white Jews and let us positively engage with them. We’re already isolated enough for being too different — the only black person, the only indigenous person, the only Asian, the only Jew. Don’t make us feel like a pariah for our parentage, our melanin and our culture. So when we speak, listen. We can’t begin to take part with you as mishpocha if you don’t let us in the tent.