In the era of ‘gotcha journalism,’ sometimes charges of anti-Semitism are just another weapon 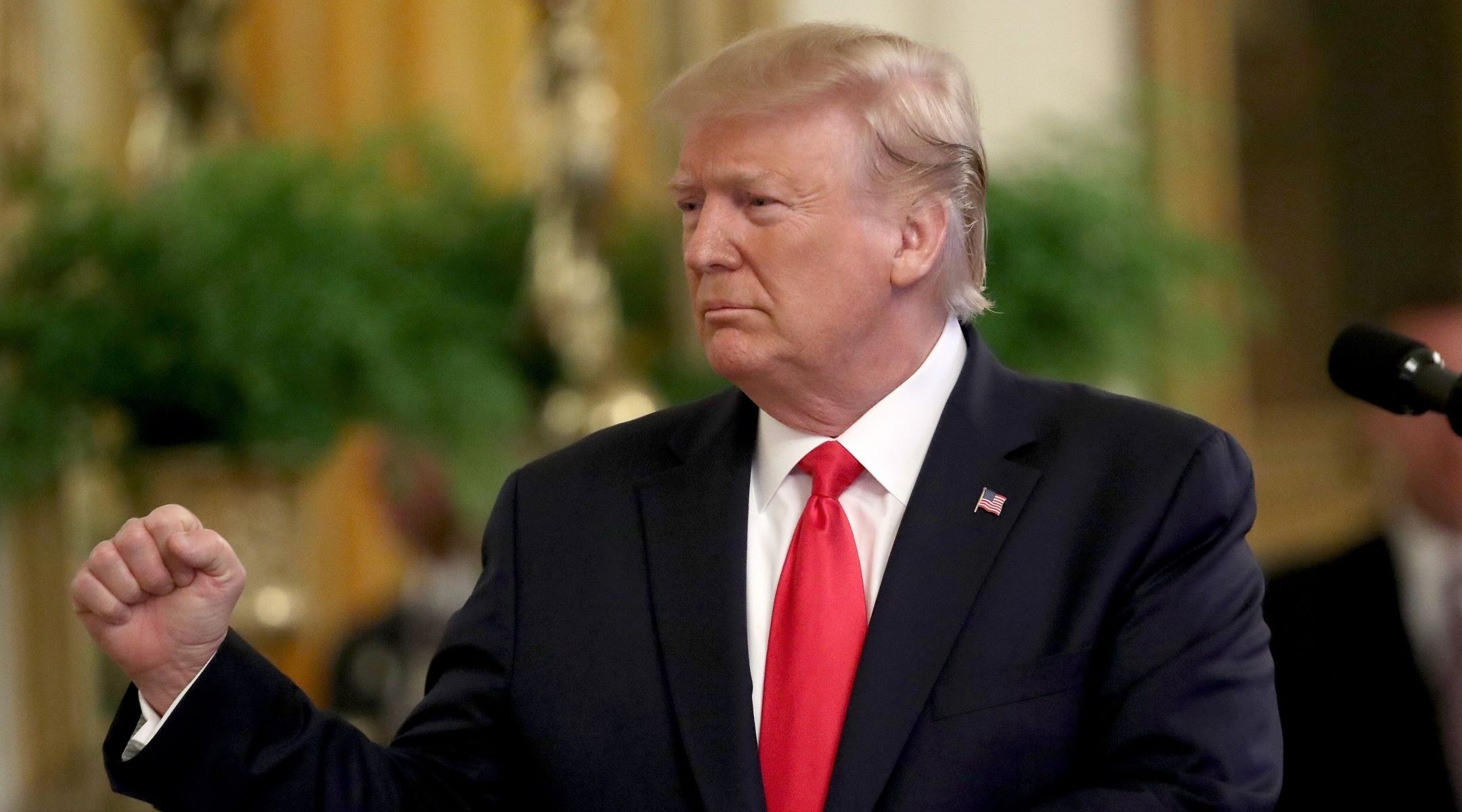 President Donald Trump delivers remarks at a White House ceremony, Sept. 9, 2019. The Anti-Defamation League's CEO has accused Trump of "cynically using the Jewish people and the State of Israel as a shield.” (Win McNamee/Getty Images)
Advertisement

WASHINGTON (JTA) — Late last month, a reporter for Bloomberg Law called the U.S. Department of Labor for comment about a recently hired staffer who had riffed on Facebook about excessive Jewish influence, including the observation that the Jewish media “protects its own.”

Within hours, Leif Olson had resigned.

Subsequent reporting made it clear from the context that Olson, an unsuccessful Republican candidate for a Texas judgeship in 2012, was actually mocking anti-Semites, not amplifying them. Pressure mounted online for his reinstatement, with even liberal media commentators coming to his defense.

By the end of the week, Olson was back as a senior policy adviser in Labor’s Wage and Hour Division.

The controversy culminated a summer season in which multiple charges of anti-Semitism ultimately turned on the accuser. Old social media posts that seemed like egregious, even fireable offenses appeared on closer examination to be less offensive than the initial outpouring of outrage warranted, leading to renewed concern that anti-Semitism is being weaponized for political ends.

“Unfortunately it takes away from the very real problem of anti-Semitism and racism,” said Danielle Pletka, a vice president of the American Enterprise Institute. “There are real anti-Semites in our midst. When you throw around the word without reporting and just assume someone is an anti-Semite because they’re a Republican — it’s not just irresponsible journalism, it’s irresponsible adulthood.”

Pletka raised the Olson example in the course of a panel discussion last week at Georgetown University’s Center for Jewish Civilization. The event was sparked by President Donald Trump’s recent accusation that Jews who support the Democrats are being “disloyal” and was intended to focus on the president’s effect on anti-Semitism. But much of the discussion wound up dealing instead with how damaging false accusations of anti-Semitism are to the broader cause of exposing anti-Semitism.

“In this extremely polarized political environment, where people on either side of an issue see it as a war of all against all, and they’re willing to use any tool that comes to hand, what we’ve seen is that includes anti-Semitism,” Tamara Cofman Wittes, a former Obama administration official who also participated in the Georgetown event, said in an interview. “That is to the detriment of the broader cause of fighting anti-Semitism.”

In July, Mohammed Elshamy, an Egyptian photo editor at CNN, resigned and apologized after it emerged that he had posted anti-Semitic tweets during the Arab Spring in 2011. The tweets included celebrations of murderous Palestinian attacks, making his departure seem like a no-brainer — until commentators pointed out that he was 16 at the time.

In August, New York Times editor Tom Wright-Piersanti was outed by a pro-Trump research outfit for posting several anti-Semitic jokes on Twitter in 2010 when he was in college. The revelation was part of a broader effort to dig through social media postings of journalists at media outlets that are seen as hostile to the president, a campaign that Trump allies are reportedly raising $2 million to fund.

Wright-Piersanti apologized and The Times allowed him to keep his job, although the newspaper said it took unspecified disciplinary action against him.

Abraham Foxman, the retired national director of the Anti-Defamation League, laid much of the blame on the emergence of social media. In an earlier era, the ADL had time to contact an alleged offender and investigate the context of offensive speech before pouncing. Now he said  there’s a “tsunami” of offensive speech online that affords little space for a reasoned response.

“The good and the bad of this communications revolution, it’s a free-for-all and therefore everybody is a maven on everything,” Foxman said in an interview.

“Twitter is not the real world, but it does affect the real world because the people who shape the narratives of current events are on Twitter,” Mandel said.

Mandel also cautioned employers against running to the opposite extreme and doubling down, as Bloomberg had done initially in the Olson case. The news agency has since appended a Labor Department statement to the beginning of the story and removed the phrase “anti-Semitic” from the headline.

It’s not just journalists who stand accused of weaponizing anti-Semitism.

Over the summer, an array of mainstream Jewish organizations called out Trump for saying on multiple occasions that the Democratic Party is anti-Semitic. Trump repeatedly invoked the statements of two freshman congresswoman —  Ilhan Omar of Minnesota and Rashida Tlaib of Michigan — that had been repudiated by much of the party. Omar had apologized for two of her statements that seemed to traffic in anti-Semitic tropes.

Jonathan Greenblatt, the ADL’s CEO, accused Trump of “cynically using the Jewish people and the State of Israel as a shield.”

(The ADL at first condemned Olson before retracting the condemnation. Its spokesman declined a request to elaborate.)

Angelo Carusone, the president of Media Matters for America, an organization that specializes in exposing what it considers offensive language on conservative media, said he did not seize on the Olson postings because it failed to meet a number of conditions established by the organization to avoid unfairly targeting public figures. Among these are whether the comments were part of a pattern of speech (as opposed to a one-off) and whether the comments were offensive in context.