Why these Jewish lawmakers’ calls for impeachment are a big deal 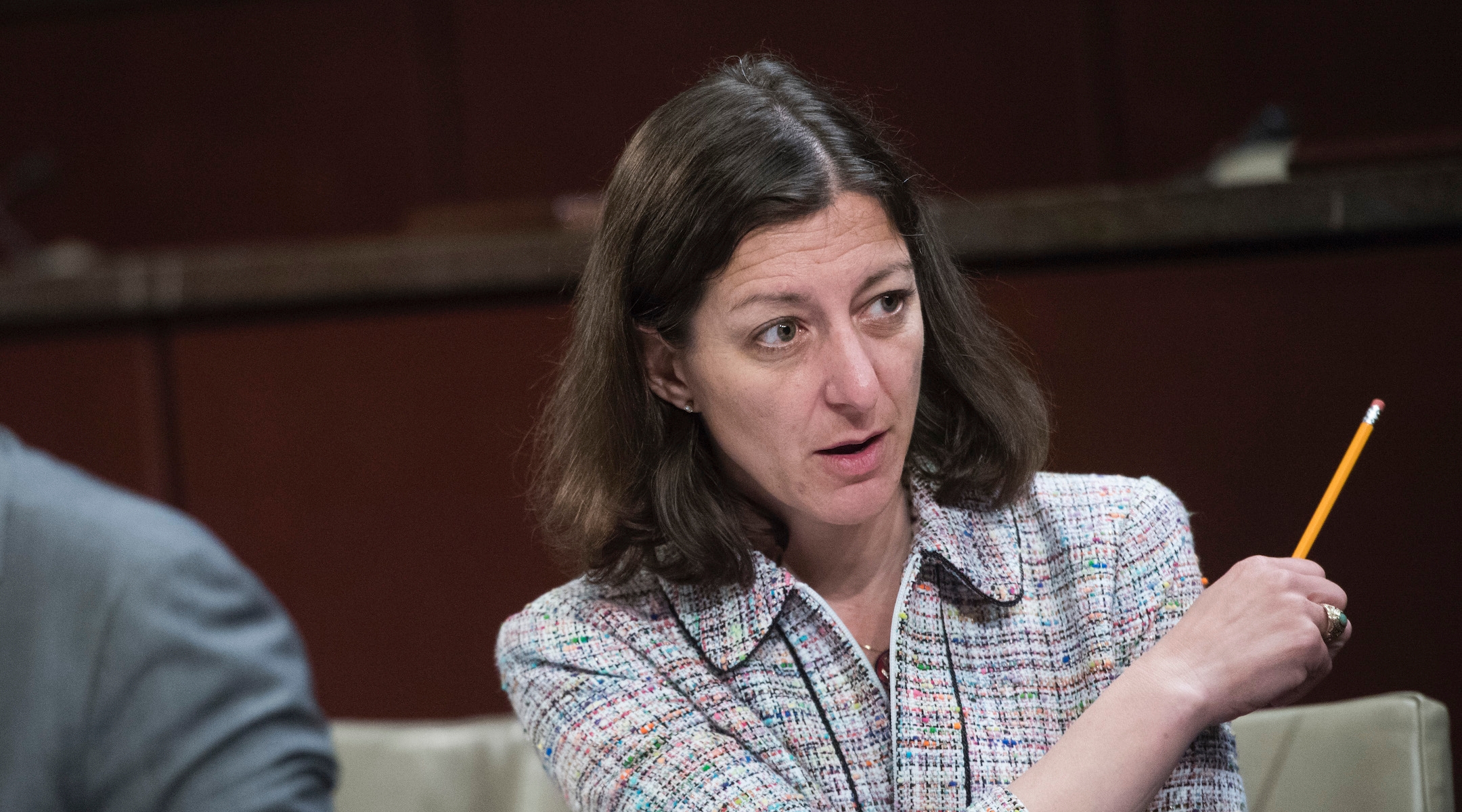 WASHINGTON (JTA) — What a difference a dozen days — and a major scandal — make.

On Sept. 12, Rep. Max Rose, D-N.Y., was incensed enough by the growing number of fellow Democrats calling for impeaching President Donald Trump that he took to a local Staten Island news site to opine against the idea.

“Impeachment will only tear our country further apart and we will see no progress on the enormous challenges we face as a nation,” Rose wrote on SILive.com.

By Tuesday, Rose had reconsidered. In a statement on his website, Rose noted his previous opposition to “a partisan impeachment process that would only deepen … divisions, not solve them.” But the recent reports alleging that Trump had sought to pressure the president of Ukraine into launching a criminal investigation of former Vice President Joe Biden, the leading Democratic contender to challenge him in 2020, had altered his calculus.

“However, a President attempting to blackmail a foreign government into targeting American citizens is not just another example of scorched earth politics,” Rose said. “It would be an invitation to the enemies of the United States to come after any citizen so long as they happen to disagree with the President.”

Rose went on to call on Republicans to join Democrats in demanding the release of all information related to the case, pointedly noting that “all options are on the table” in addressing the crisis.

The dramatic switch by Rose and other swing district Democrats who are veterans of the national security community signals how much the political climate has changed in the last week. On Monday, Elaine Luria of Virginia, a former Navy commander, and Elissa Slotkin of Michigan, a former CIA agent, joined five other national security veterans in announcing their support for impeachment in a Washington Post op-ed. Luria, Slotkin and Rose, an army veteran, were all solidly opposed to impeachment when the Jewish Telegraphic Agency canvassed Jewish Democrats in the House of Representatives in May.

Two factors seem to be at play: A sense of honor cultivated during their service to the United States, and the perception that this is an easier case to make for impeachment than the complex legal questions that undergirded the investigation into Russia’s interference in the 2016 election.

“We have devoted our lives to the service and security of our country, and throughout our careers, we have sworn oaths to defend the Constitution of the United States many times over,” the seven Democrats said. “Now, we join as a unified group to uphold that oath as we enter uncharted waters and face unprecedented allegations against President Trump.”

(Chrissy Houlahan of Pennsylvania, an Air Force veteran who has cited the experience of her Holocaust survivor father as a reason for her entry into politics, was another signatory to the op-ed. Houlahan does not identify as Jewish.)

In a separate statement, Luria emphasized that the national security aspect of the latest charges against the president is what drove her to change her mind.

“In the military and in Congress, I swore an oath to protect our Constitution against all enemies foreign and domestic,” said Luria, who likes to regale Jewish audiences with the tale of her leading a Passover seder in the belly of an aircraft carrier. “Allegations of this gross misconduct meet the threshold of high crimes and misdemeanors set by the Constitution. Congress must investigate and use the full extent of its powers to check these alleged abuses of presidential power. The House must move forward with impeachment.”

The appeals to honor are not merely a reflection of the careers of the op-ed signatories. They may also help garner support in districts that are heavy with veterans. Slotkin closely attends to the needs of the many veterans in her Lansing-area district, and Luria’s Norfolk-area district is replete with acting and retired Navy personnel.

Kyle Kondik, the managing editor of Sabato’s Crystal Ball, a political newsletter published by the University of Virginia Center for Politics, said another factor may have driven the switch: This is a simple scandal to explain, compared to the report by special counsel Robert Mueller, who found ten possible instances when Trump obstructed justice.

“It may be that Democrats who were on the fence about impeachment saw the new developments on Ukraine were more significant and clear cut than even the Mueller report,” he said.