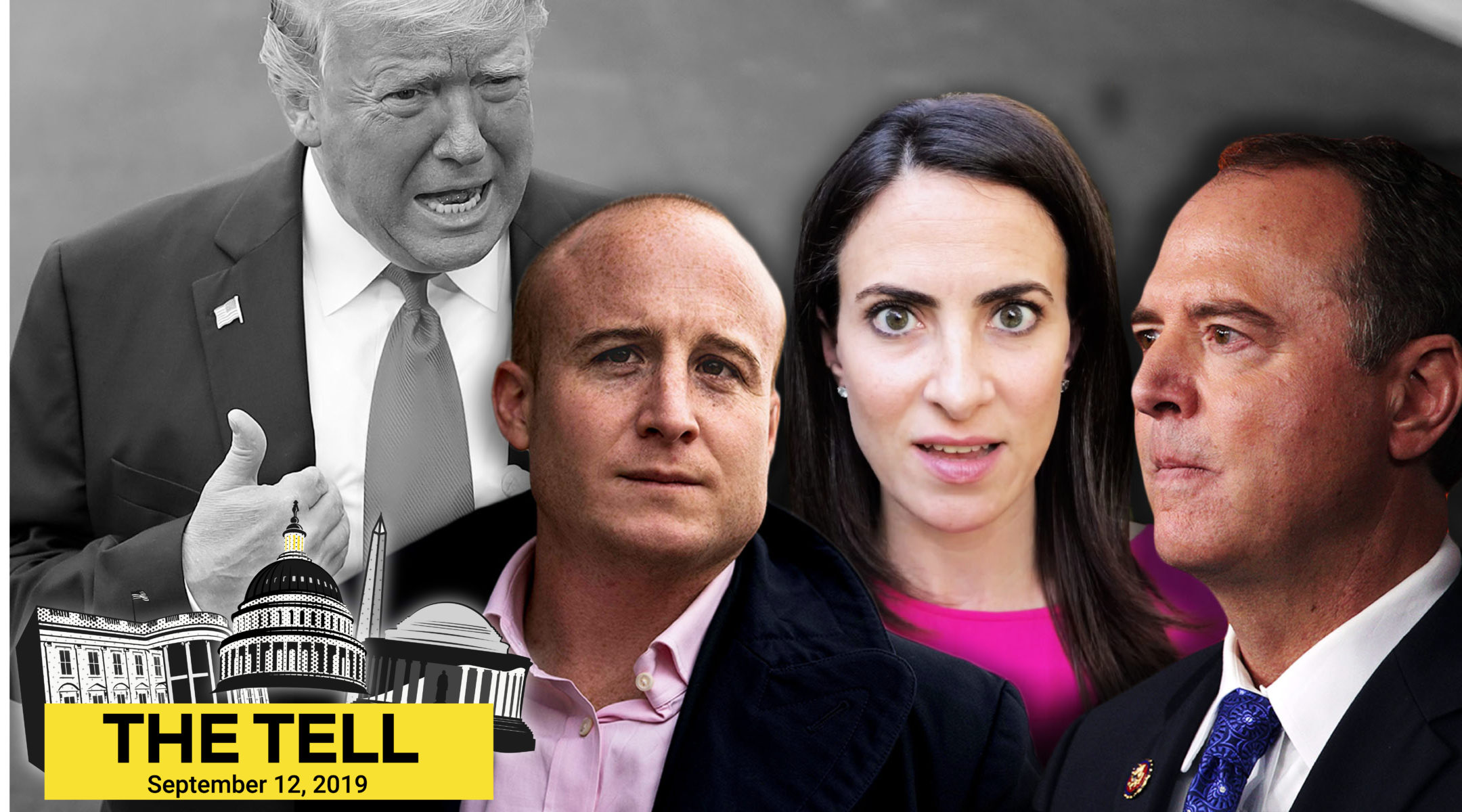 Why is difficult to discern. Jeff Mason of Reuters tried to extract an explanation during a White House news conference Wednesday with Trump and the president of Finland.

“Do you consider anyone who opposes you treasonous?” Mason asked in an exchange that has since gone viral.

“No. No. I consider when they lie; when they stand before our great body in our great chamber, and they make up a story that’s fiction, like Schiff did,” Trump said. “He took that perfect conversation I had with the Ukrainian president, and he made it into a total lie. It was a total fabrication. And you do admit that. It was a total fabrication.”

Schiff, D-Calif., the Jewish chairman of the House Intelligence Committee, had parodied the July 25 phone call with President Volodymyr Zelensky in which Trump pressured the Ukrainian leader to investigate former vice president Joe Biden, a front-runner in the bid to challenge Trump next year. That is the predicate for the impeachment inquiry Schiff now leads.

“Shorn of its rambling character and in not so many words, this is the essence of what the president communicates,” Schiff said at a hearing he convened last week before launching into an imagined dialogue that casts Trump as a mob boss.

“I have a favor I want from you though,” the congressman said, quoting something Trump actually said to Zelensky. Then he veered into parody, speaking in what I suppose passes for an outer boroughs accent in Southern California. “And I’m going to say this only seven times, so you better listen good. I want you to make up dirt on my political opponent, understand?”

Republicans on the committee clearly understood the presentation as parody because they lacerated Schiff for not taking impeachment seriously. But Trump insists Schiff was misrepresenting him, and he may have a partial point: A viewer watching the hearing might easily have missed Schiff’s caveats and taken the parody for the real thing. (Trump, notably, has his own reputation for fabricating and enhancing conversations.)

But neither sin — of taking impeachment lightly or of misrepresenting a president’s words — qualifies as treason, the single crime defined in the U.S. Constitution: “Treason against the United States, shall consist only in levying War against them, or in adhering to their Enemies, giving them Aid and Comfort.”

Here are some other Jewish notes on Schiff, Trump, impeachment, and treason:

That’s the line from Republican critics of the Democrats’ impeachment inquiry. Rep. Lee Zeldin, R-N.Y., has had Schiff in his sites all week on Twitter. On Wednesday, Zeldin had this to say about the inquiry: “House Dems are desperately abusing their offices to relitigate the ‘16 election, appease an enraged activist base & remove POTUS from office. With double standards, bad faith & eroded credibility, they are consumed with resisting, opposing, impeaching & obstructing everything.”

May you be inscribed in the book of 30-to-life

Trump first launched his accusation of treason on Twitter on Sunday evening, on the eve of Rosh Hashanah, at 6:53 pm. Schiff had wished his Jewish followers “L’shanah Tovah!” a little over an hour earlier, and was silent on the platform until Tuesday. At 1:47 p.m. Sunday, Trump himself had wished “a Happy New Year to all of those celebrating Rosh Hashanah in America, Israel, and around the World!”

On Monday, Trump posted an animation depicting him as a hero saving America on Twitter. One passage includes a meeting with Chuck Schumer of New York, the Senate minority leader who is Jewish, in which Schumer transmogrifies into a clown. The creator, Power Tie, is part of an online ecosystem that includes members of the “alt-right.” Michelle Goldberg, The New York Times columnist, posted on Twitter that Jews as clowns have recently become an anti-Semitic thing.

Meanwhile, multiple Trump defenders, including his son, Donald Jr., have brought liberal billionaire George Soros into the equation. Trump Jr. on Wednesday called Schiff Soros’ “puppet,” a trope that the ADL says can have the unintended affect of mainstreaming anti-Semitism. The Schiff-Soros invocation is among the weirder Soros conspiracy theories. It appears to be based largely on the fact that Soros’ son was married to a woman named Schiff, who is not related to Adam.

Nadler will be back: Schiff’s preeminence in the impeachment inquiry has sparked questions about the role Jerry Nadler of New York, the chairman of the Judiciary Committee, will play. Did Schiff sideline Nadler? I’m told that Nadler, who also is Jewish, does not feel sidelined. But anyway, this is the impeachment inquiry. When it comes to consideration of articles of impeachment, it lands back with the Judiciary Committee and Nadler. (Trump last week included Nadler and Schiff among the “savages” who are pushing impeachment.)

Max Rose is on board

Rose, a Jewish Democrat who won a Republican district in Staten Island, is now endorsing impeachment. An Army veteran who had opposed impeachment, Rose has been edging toward support. On Thursday, he told MSNBC that he is fully on board, but cautioned fellow Democrats to take the proceedings seriously. He chided two people in his caucus (without naming them): Rashida Tlaib of Michigan, who has made “Impeach the motherf***er” a rallying cry, and Steve Cohen of Tennessee, who made a show of eating fried chicken to mock Attorney General William Barr as “chicken” for failing to appear at an impeachment hearing.

“We can’t sell impeach the Mofo T-shirts any longer,” Rose said. “We can’t bring chicken to hearings. This has got to be a solemn and serious process.”

Will an Irish dynasty make way for a Jewish one?

Rep. Joseph Kennedy, D-Mass., is challenging incumbent Ed Markey in a U.S. Senate primary. That opens up his Newton-area district, and among the first to declare was Becky Walker Grossman, a Newton councilor and former prosecutor who is also the daughter-in-law of Steve Grossman, the state’s one-time treasurer and a past president of the American Israel Public Affairs Committee. Becky Grossman’s campaign launch focuses on climate change, gun violence and the cost of pharmaceuticals.

Bernie Sanders, the Jewish Vermont senator who is among the leading candidates in the race for the presidency, canceled events this week after he had two stents installed to treat an artery blockage. On Thursday, CNN announced that Sanders, 78, felt well enough to make the next debate in two weeks.

In a rare showing of bipartisanship, Rep. Brad Schneider, D-Ill., and David Schweikert, R-Ariz., want to know why the Trump administration won’t include Israel on a list of allies exempt from steel tariffs. 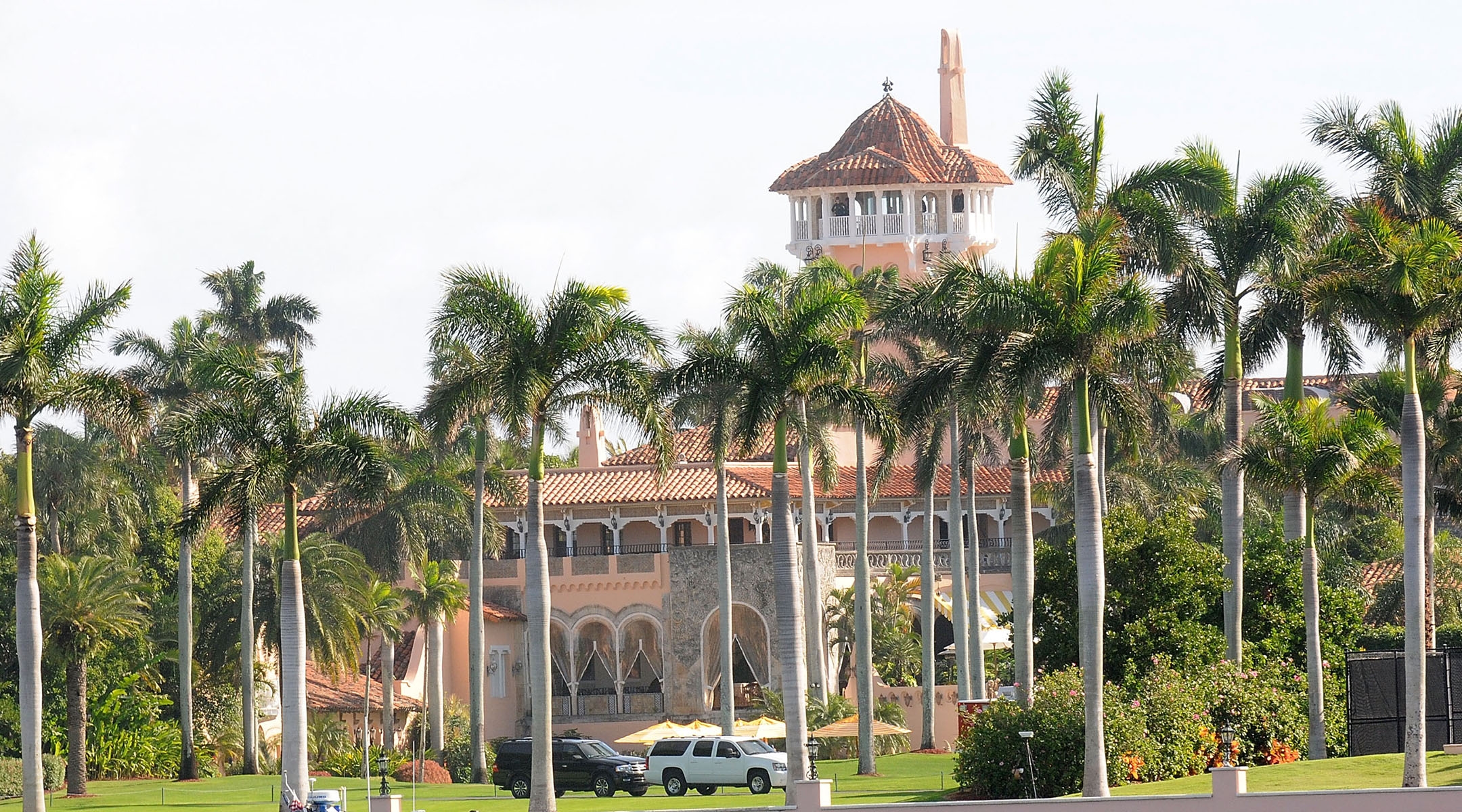 Christine Stapleton at The Palm Beach Post tracks the seeming disappearance of a pro-Trump pro-Israel political action committee that left creditors in the lurch.

Carin Mrotz, a staffer at Jewish Community Action, a social justice umbrella in Minnesota, captures the difficult feelings that can arise around the High Holidays during the Mi Shebeirach prayer.