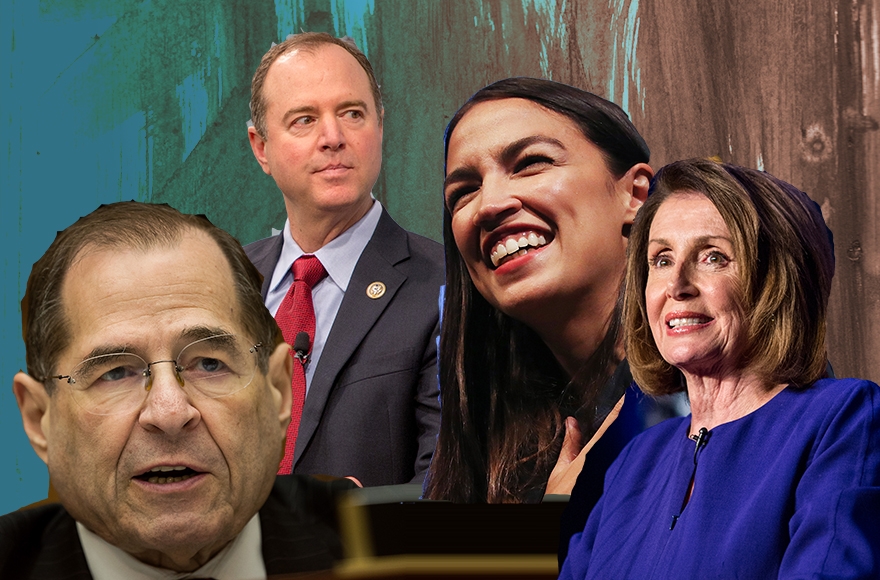 (JTA) — In a tweet lambasting “Democratic savages,” President Donald Trump singled out Rep. Jerry Nadler of New York, Rep. Adam Schiff of California and the quartet of congresswomen know as The Squad.

“Can you imagine if these Do Nothing Democrat Savages, people like Nadler, Schiff, AOC Plus 3, and many more, had a Republican Party who would have done to Obama what the Do Nothings are doing to me. Oh well, maybe next time!” read Saturday’s tweet.

Nadler is head of the House Judiciary Committee and Schiff  leads the Intelligence Committee, which are important committees involved in the impeachment inquiry against Trump.

The House launched a formal impeachment inquiry into Trump last week following a whistleblower complaint that the president asked Ukraine’s president in a July phone call to investigate Joe Biden and his son Hunter into his business dealings in the country. At the time Trump was withholding military aid funds from Ukraine.

Two of Trump’s frequent liberal critics made an issue of the fact that the six lawmakers singled out by the president were either Jewish or women of color.

Washington Post columnist Dana Milibank said in a tweet: “See how he does that?  More than 200 House Democrats support impeachment, but the ones he singles out as “Savages” are two Jews and four women of color.”

Presidential candidate Beto O’Rourke, a Democratic congressman from Texas, tweeted: “When he calls 6 members of Congress—all women of color or Jewish—’savages,’ he wants you to think of them as less than human. Like when he calls immigrants an ‘infestation’ and says ‘no human being’ would want to live in Baltimore.’ We can’t be surprised when violence follows.”