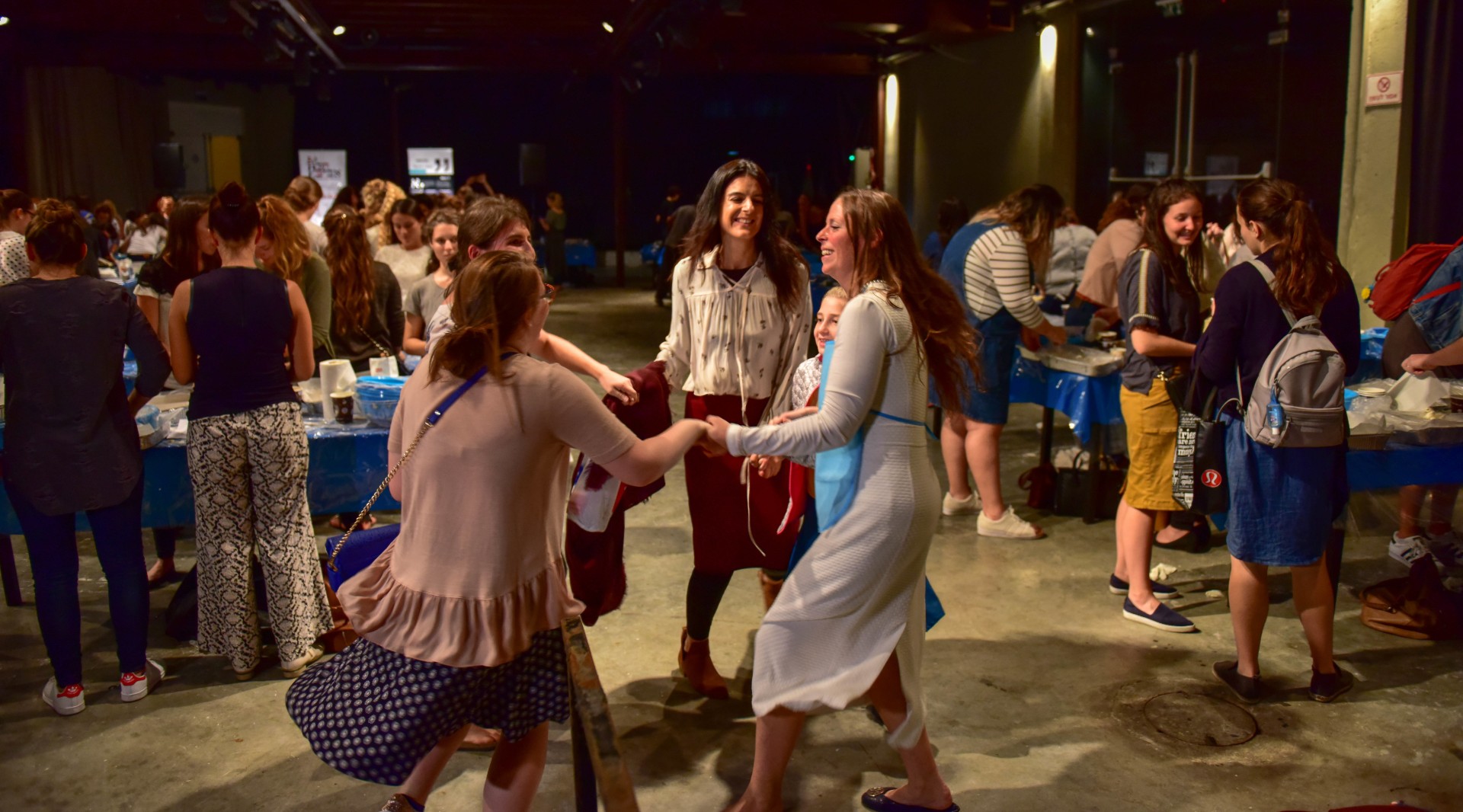 It’s all about keeping Shabbat.

For a 25-hour period beginning at sundown Nov. 15, as many as 1 million Jews from Nashville to Nairobi — and more than 1,500 other cities around the world — will turn off their cellphones and set aside a day of rest, some of them for the first time in their lives, as part of The Shabbat Project.

The goal is simple: getting as many Jews as possible to observe one Shabbat together with the hope that their shared experience will lead to a spiritual awakening and a more meaningful, rewarding Jewish life.

It’s an experiment that has led to Jews celebrating Shabbat atop Tanzania’s Mount Kiliminjaro, organizing a “Shabbat shuk” in Arizona and holding a Shabbassanah yoga retreat in New York’s Rockland County. Jewish activists have even organized a “cross-border challah bake” on the U.S.-Mexico border and enjoyed a mass Shabbat dinner in a Tel Aviv shipping hangar.

A global grassroots effort that began in 2013, the annual project is headed by Rabbi Warren Goldstein, South Africa’s chief rabbi. Within a year of its founding, The Shabbat Project had expanded to 460 cities in 64 countries, and by this year to 1,509 cities in 105 countries.

“I am very excited that Goldstein and his team have taken the initiative on the road,” said former Sen. Joe Lieberman of Connecticut, also a one-time vice presidential candidate. “I think the world needs The Shabbat Project at this moment in our history.”

The undertaking now includes isolated Jews living in Papua New Guinea and Kigali, Rwanda, in addition to Jewish soldiers stationed at U.S. military bases in Afghanistan, Iraq and Kuwait — none of which have Jewish communities of their own.

“Here on the Coalition Military Base in northern Iraq, nobody is going to be joining us who we don’t already know,” the chaplain, Maj. Shlomo Shulman, said in a video sent to Shabbat Project headquarters in Johannesburg just before last year’s big event. The festivities in Iraq featured kosher wine, matzahs and cans of gefilte fish sent from New York, and Jewish men and women in uniform singing traditional Shabbat songs and discussing the weekly Torah portion. 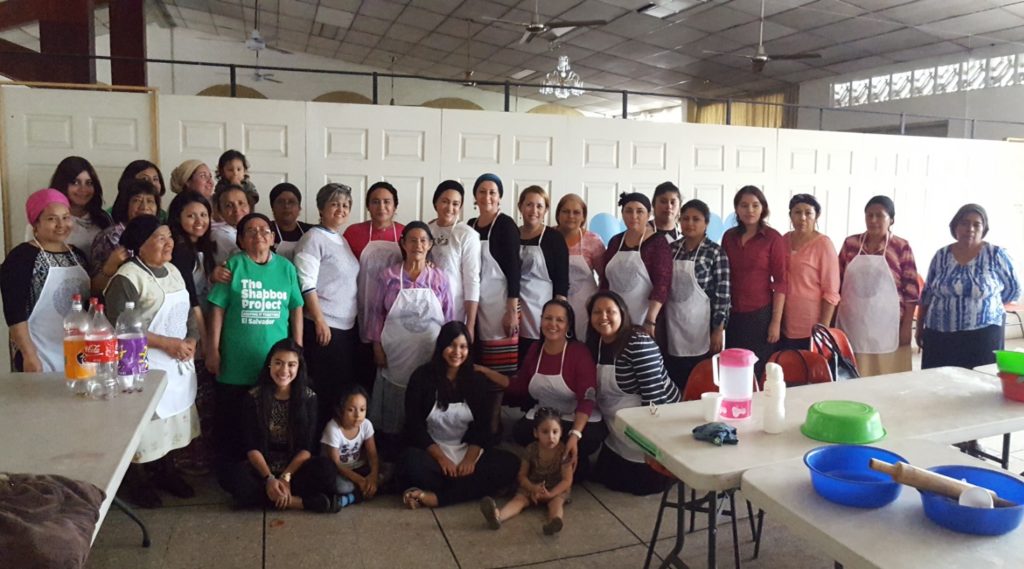 Participants from San Salvador were among thousands worldwide to participate in the 2018 unity Sabbath. (Courtesy of The Shabbat Project)

Goldstein said he has witnessed “a great outpouring of joy and excitement” since having a chance conversation in 2013 with the renowned behavioral economist Dan Ariely that launched the project.

“Over the past few years, it has been thrilling and deeply inspiring to witness Jews come together across every conceivable divide — language, culture, ethnicity, geography and observance,” Goldstein said. “Such a visceral reaction demonstrates that the ideas of Jewish unity and Shabbat are compelling to Jews from all walks of life.”

Given the dramatic uptick in attacks against Jews worldwide — this year’s Shabbat Project coincides with the first yahrzeit of the Tree of Life massacre, in which a gunman killed 11 worshippers in Pittsburgh — Goldstein warned that anti-Semitism must not define the Jewish people.

“Our strongest and most powerful response to the darkness of Halle, Pittsburgh, Poway and other recent inhuman attacks is to boldly spread light in the world — to redouble our humanity and inspire a more uplifting Jewish identity,” he said, evoking shooting attacks at synagogues in Germany, Pennsylvania and California. “We cannot be intimidated or paralyzed by the darkness. We mourn and we pray, but we are not defeated or afraid.”

Goldstein’s vision is “the most ambitious Jewish identity project ever undertaken,” The Jerusalem Post has reported. The Washington Post called it “a global movement,” and Mishpacha magazine said it is “an experiment that has no precedent in modern Jewish history.”

Pop singer and “American Idol” judge Paula Abdul — her father was a Syrian Jew from Aleppo and her mother was raised in an Ashkenazi family in the Canadian province of Manitoba — says The Shabbat Project is “a phenomenal initiative that brings everyone back to their inner happiness, brings Jews together and preserves our traditions, our families and our sanity.”

More than 19,000 people joined in Shabbat festivities in San Diego in 2015. The following year, 8,057 Argentine Jews in the Buenos Aires suburb of Palermo created the world’s biggest challah bake. In 2014, 10,612 people in Melbourne’s Caulfield Park set the world record for the biggest Havdalah concert. Last year’s Shabbat Project encompassed more than 350 towns and cities throughout Israel. 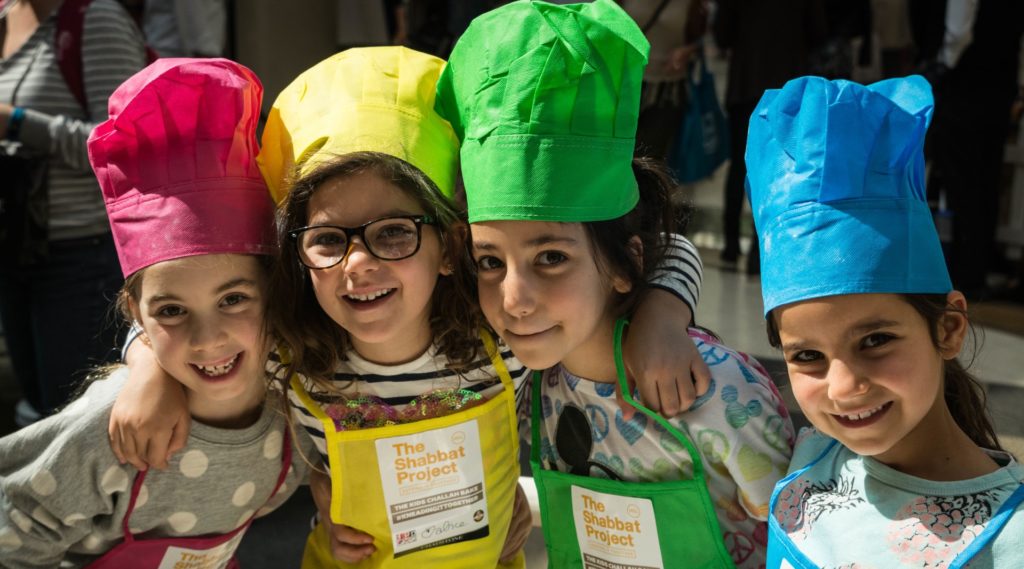 At the other extreme is Shabbat Project participant Faisel “Fischel” Benkhald, the only known Jew in Pakistan. Benkhald’s mother is Jewish, but he’s officially registered as a Muslim because of his father’s religion. The Karachi political activist, who brazenly tweets under the handle @Jew_Pakistani, is trying to change that even though under Pakistani law, apostasy is punishable by death.

In the eastern Ugandan mountain village of Putti, 250 souls banding together as Kahal Kadosh She’erit Yisrael also have taken part in The Shabbat Project. Rabbi Kamya Tarphon said many in the community, which was banned by Uganda’s longtime dictator, Idi Amin, are either converts or descendants of people who converted a century ago.

In Central America last year, more than 200 people — some two-thirds of the entire Jewish population of El Salvador — gathered at Congregación Beit Yisrael for the most memorable Shabbat in Salvadoran history. About 60 women attended a challah bake the day before, some of them arriving in the capital, San Salvador, from the outlying towns of San Miguel and Sonsonate, and others from as far as Honduras.

“I am very grateful for the opportunity to bring together the community and deepen our connection to Shabbat,” Cartagena said. “The fact that this was a Shabbat being shared among all Jews around the world was a big motivation for us.”

This article was sponsored by and produced in partnership with The Shabbat Project, a global grassroots movement that brings Jews of all backgrounds together once a year to celebrate and keep a Shabbat. Find an event near you and join in the project this November 15-16. This article was produced by JTA’s native content team.

More from The Shabbat Project