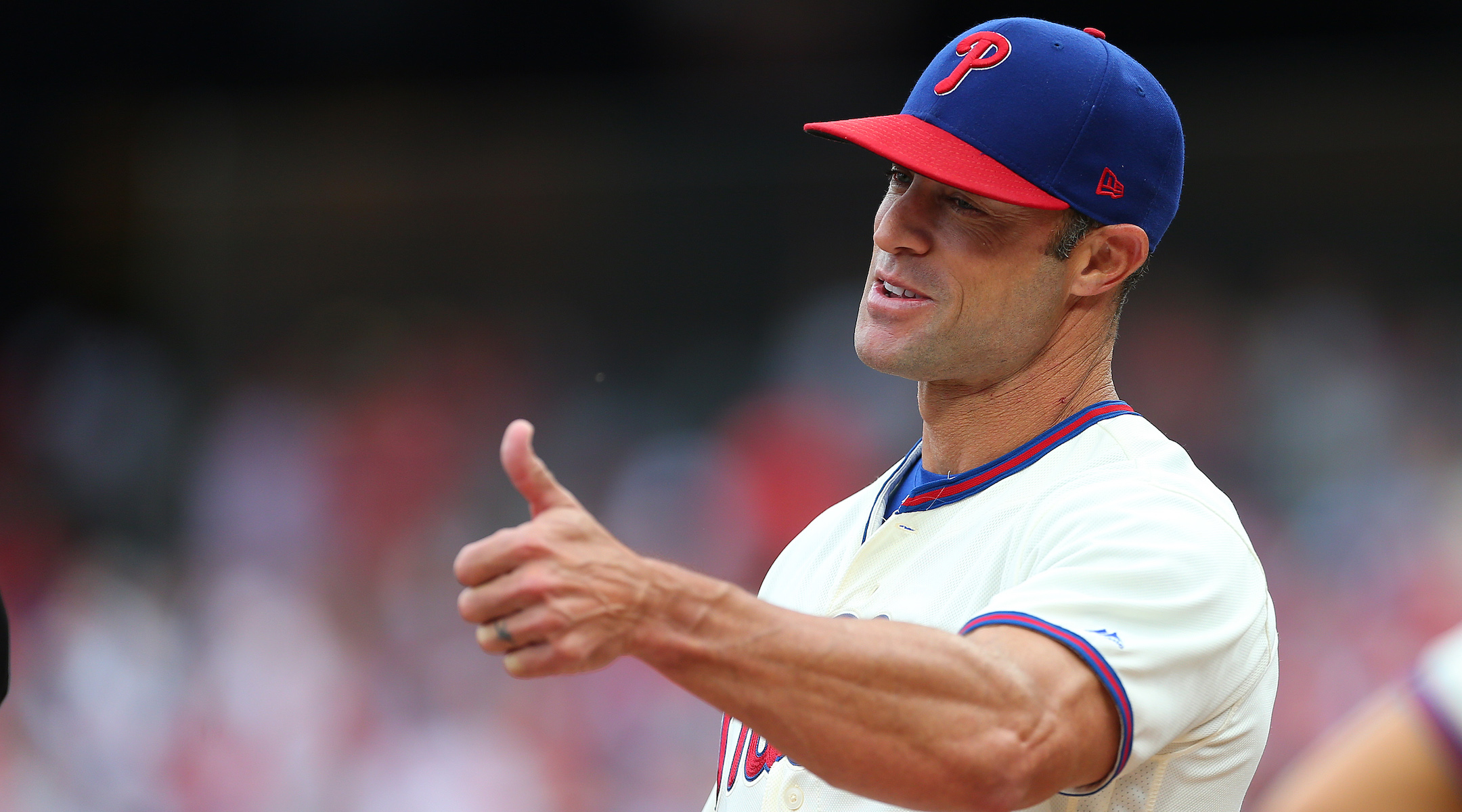 (JTA) — A month after being fired from his first manager’s post, Gabe Kapler has another shot.

The Jewish ex-major league outfielder, a one-time coach for Team Israel, was named manager of the San Francisco Giants on Tuesday night.

Kapler, who has a Jewish-themed tattoo on each leg, was let go by the Philadelphia Phillies after two seasons in which his team failed to make the postseason despite high expectations.

“In my personal experience in working with Gabe, there is no one who works harder and is more committed to getting the best out of the people around him,” Farhan Zaidi, the Giants’ president of baseball operations who worked with Kapler when both were with the Los Angeles Dodgers, said in a statement, according to CBS Sports. “This was also echoed in the feedback we received around the baseball community.”

Kapler may need to do some praying to follow the success of his predecessor in San Francisco: Bruce Bochy, who retired after 13 seasons guiding the National League West club, led the Giants to three world championships. The team has not made the playoffs since 2016 and is considered to be in a rebuilding mode.

Now about those tattoos: There’s a Jewish star on his left leg and another that reads “Never Again” — a reference to the Holocaust — on his right leg.

The West Coast native will have some Jewish company in San Francisco: the team’s center fielder, Kevin Pillar, and CEO Larry Baer.

Kapler coached the Israelis during the 2013 World Baseball Classic’s qualifying period and was invited to travel through Israel with the national team in 2017. He had never been to Israel before and called the visit an “extraordinary life experience,” adding that his trip to the Yad Vashem Holocaust museum there left him “emotional for several days after.”