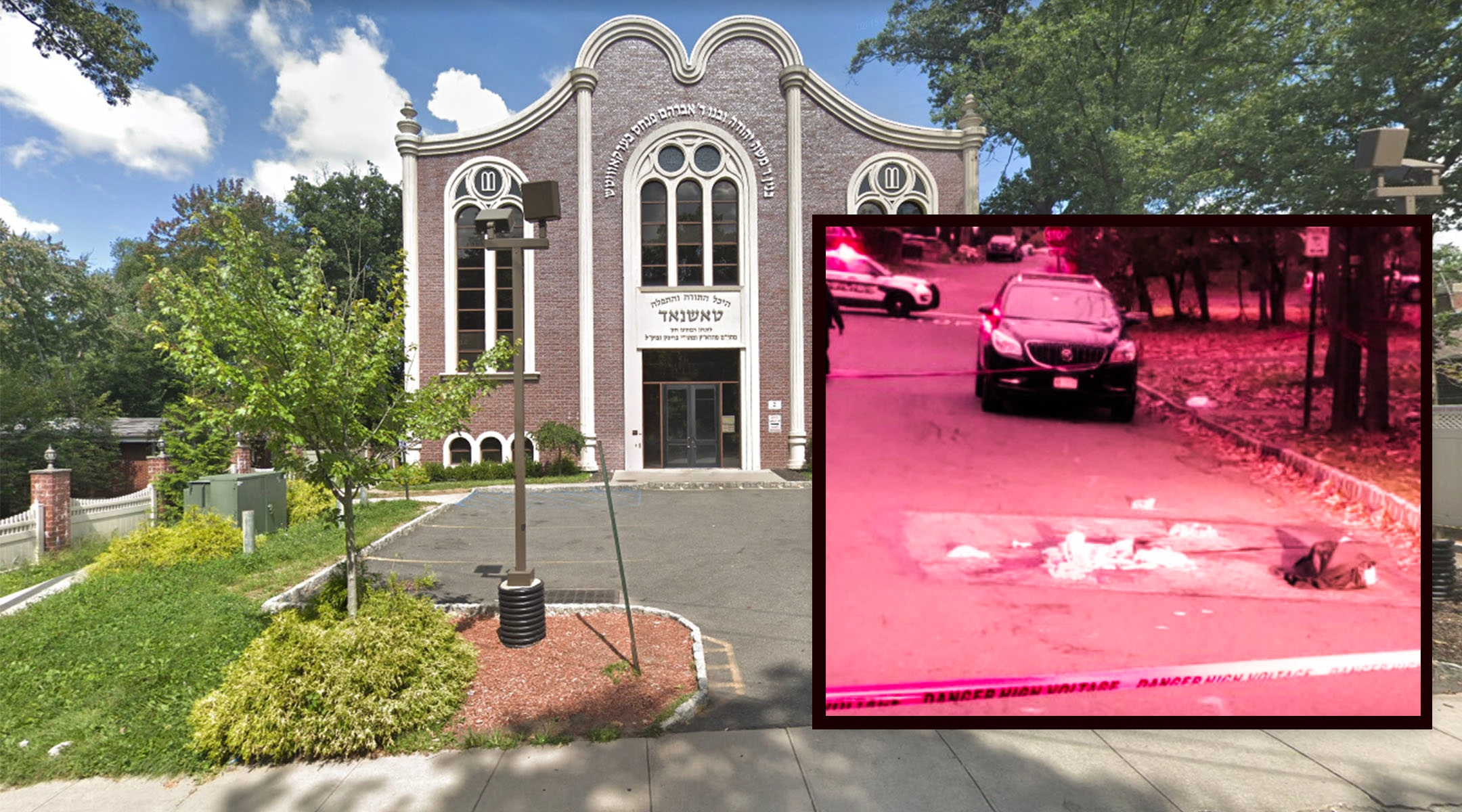 NEW YORK (JTA) — An Orthodox man was stabbed multiple times on his walk to synagogue for morning prayers.

The man was approaching the synagogue, Toshnad Heichel Torah Utfila in Spring Valley, New York, when at least one man got out of a car, began beating him and stabbed him.

The victim was a 29-year-old teacher and father of four young children, the Rockland/Westchester Journal News reported.

The assailant fled the scene before police and first responders arrived, according to Aaron Hershkowitz, an assistant to the synagogue’s rabbi. The incident occurred at approximately 5:40 a.m.

“It was in fact an assault and a very violent and vicious one at that,” Chief Brad Weidel said in a press conference Wednesday. “Our victim was walking to synagogue, he was approached from behind by at least one and maybe more individuals, and he was assaulted and stabbed, and stabbed more than once.”

Yeshiva World News, which first reported the incident, reported that there were two assailants.

Rockland Hatzolah, an emergency medical service, reached the victim and began treating him. He is undergoing surgery and is in critical condition, Hershkowitz said.

“Simply because we have proof of someone’s religious belief and persuasion, that in and of itself doesn’t necessarily mean we have a hate crime,” he said. “We have to establish motive and intent and we’re just not there yet.”

Some local residents of Rockland County, home to about 100,000 Jews, according to The New York Times, have recently objected to the presence of a growing Orthodox Jewish population, prompting accusations of anti-Semitism. In August, a county Republican Party ad accused Hasidic Jews of “plotting a takeover.”

Rockland County Legislator Philip Soskin, who is Jewish, said at the press conference that “all of us are very infuriated by what’s going on in our area.”

“Our local police are doing all that they can,” he said. “The community is a residential community. There are many synagogues in the area and it seems very strange that something like this could happen here.”

On Wednesday afternoon, New York Gov. Andrew Cuomo implied in a tweet that the attack was anti-Semitic. He announced that he had directed the State Police Hate Crimes Task Force to assist in the investigation.

“This attack is horrific,” he tweeted. “The rise in anti-Semitic and hate-fueled attacks MUST end, and I urge all NYers to denounce hate whenever and wherever they see it.”

Amb. Dani Dayan, Israel’s consul general in New York, also added in a video message from Monsey that while the motive is still unclear, “it seems to be an anti-Semitic attack.” He noted that statistics show a rise in anti-Semitism in New York City and nationally.

The Anti-Defamation League is offering up to $10,000 for information leading to the arrest and conviction of the perpetrators.

“This is truly horrifying,” Evan R. Bernstein, the ADL’s New York/New Jersey regional director, said in a statement Wednesday. “A peaceful walk to shul in the early morning hours is how this man started the day and now he in serious condition in a hospital because of this attack. There is absolutely no room in our communities for violence.”

The Ramapo Police Department said that there will be added police patrols in the area.

“We are doing everything we can to reassure them and work with them,” Weidel said at the press conference, referring to the local Hasidic community. “They should be reassured that we will respond and do the best we can to keep them safe.”

If you have information on this story, please email tips@jta.org or contact us anonymously via Signal at 917-830-5242.