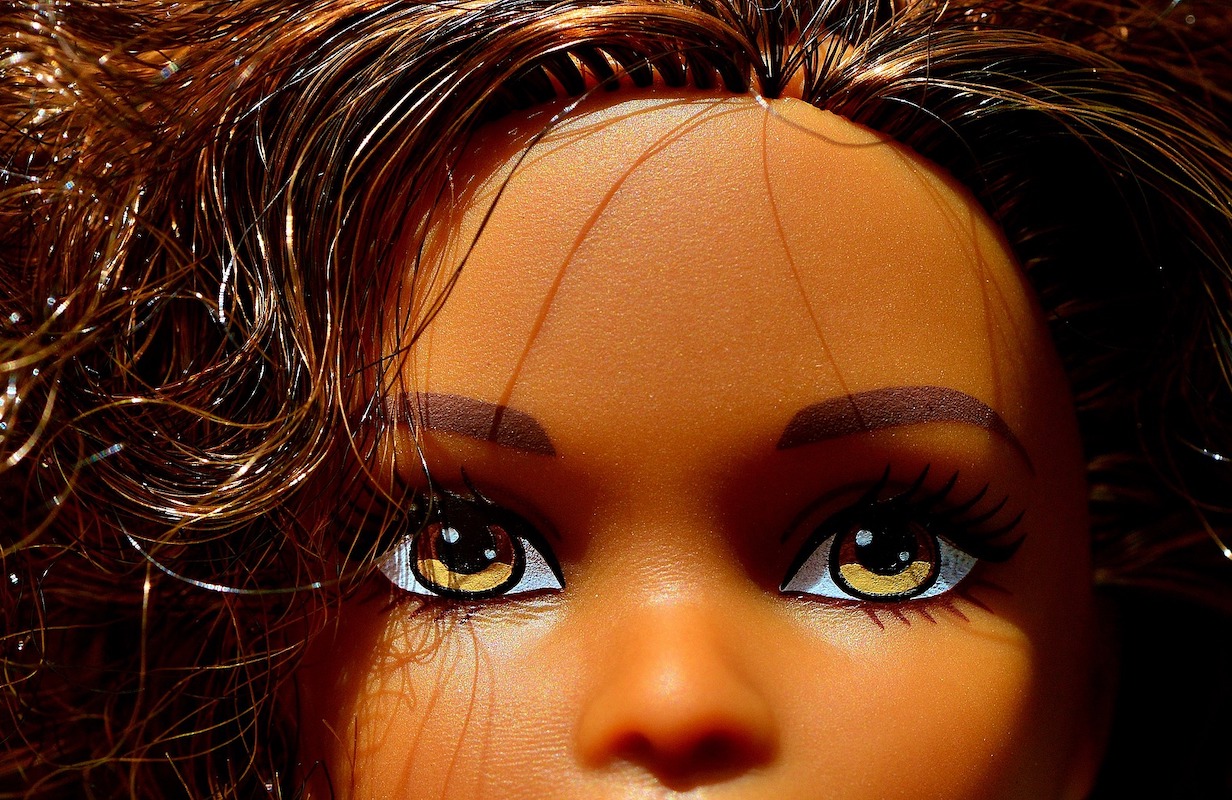 A friend of mine, who’s the daughter of Chinese immigrants and married to another immigrant, recently decided that she would no longer buy her daughter a Barbie doll if it didn’t represent her little girl’s own traits, such as slightly darker skin and almond-shaped eyes. When she presented her 6-year-old with a Mulan doll, the little one was a bit confused that it actually looked like her instead of having blonde hair and blue eyes, like most dolls do.

I wasn’t as lucky as my friend’s daughter in my earlier years: As if Sephardic Jewish people weren’t already underrepresented in the media, I found myself being a Latina Sephardic Jew, on top of that. Needless to say, I never had a Barbie doll who looked like me (they still don’t make Barbies with big noses, even though we’re in 2019).

To this day, I still don’t know what to say when people spot my last name on a form or test and ask me where I’m “really from.” The moment I hear something like this, all my kind and patient answers (or sarcastic ones, depending on my mood) fade away and I’m taken back to my own childhood and the lonely, omnipresent feeling of belonging to nowhere.

My oldest memory is of admiring the golden, lightly reddish locks and full cheeks sprinkled with freckles of the older girls who sat beside me at the local synagogue, and then going back home to spend hours looking at the mirror and hating my dull brown hair, brown eye and my too pale face, which always made it look like I was sick or about to faint. I would not be able to win the tough fight against this self-loathing side of me until I was close to adulthood, and I’ll tell you what: This is what the lack of representation can do to someone, especially to young girls who are looking for a role model with whom they are able to relate.

As a child, all the actresses and singers my mom and aunts kept blabbering about had either unique German or Polish last names in contrast to our plain “Avila,” which is also the name of a Spanish medieval town and other thousands of Sephardic Jews. My bubbe taught me Ladino words and songs (like the classic “Ocho Kandelikas”) she had learned from her own mother and father, but when I got together with my Jewish friends, who were all Ashkenazi, they would use Yiddish words and I felt left out of most conversations.

At the same time, non-Jewish people at school would always say that I didn’t “look very Jewish” and that, if I was indeed Latina, wasn’t I supposed to be “as sexy as Sofia Vergara?” Situations like those always annoyed me, but I never knew what to answer without being rude and saying that not every Latina looks like the actresses my classmates saw on TV, that Jewish people could be very different from each other. Nowadays, I think back on my frustrated school years and wish that I had the nerve to tell the people around me how I really felt.

As I grew older, it became harder and harder to find my true self: I started feeling — how can I say? — less Jewish, simply because I did not look like my other Jewish friends and classmates. I couldn’t see myself as Latina, simply because I didn’t fit the “dark skin, big boobs, and sexy as hell” stereotype the media had created and that I chose to dress modestly instead of wearing “Latina clothes,” as a male colleague at my first job not-so-gently called it. I started retreating more and more, hiding myself from others as if I was ashamed of not being a hundred percent this or a hundred percent that. Instead, I was a weird, undefined mixture of God-knows-what.

My mother, who was (and still is) my safe harbor, especially during the most difficult teenage years, didn’t fail to notice the internal conflict going on inside my mind that was consuming the smart, kind little girl she had raised. I remember it vividly now, as she seated me on a kitchen chair one afternoon in late November when I was about 16 and asked why was I having so much trouble dealing with my personality, dreams and goals. When I was younger, I went around happily telling everyone that I wanted to be either the first female president or an astronaut, so I could have a cute Siberian Husky called Laika.

“When did you stop having those dreams?” my mother asked me, and for one of the few times in my life, I was honest and told her everything — from how I feared many people would never vote for me because of my Jewish origins, to how NASA would probably look down at the daughter of poor Latino immigrants.

“That’s the world we live in,” I told her quietly, and my mother stood silent for a couple of seconds. Then a minute. Two minutes. Three.

When she finally spoke, I let go of my breath, which I didn’t even realize I was holding.

“If this is the world we live in,” she told me seriously, “then you are much more important than you ever thought. Not only you will be the first female president, you will also be the first Jewish president. A Sephardic Jew, on top of that! Not only you will be one of the few children of immigrants to go to space, you will bring hope to other kids who will one day stand in the same place you are now, facing this same question. You do not owe anyone any explanation or definition of who you are: You are you, Tori. You are not less Jewish than the redhead girl who sits beside you at the synagogue and whose grandparents are Holocaust survivors; you two are the same, but different. You are not less Latina because your skin isn’t as dark as your Latina classmates’ and because your first language is English; roots grow deep, and they will always be there. You can be both Jewish and Latina, you can pray in Hebrew and Ladino, and no matter what people say, no one will be able to change that. Go show people that you can have the best of both words, and that a single word will never be enough to define you. Show people that we exist, and that we are here.”

Six years after I heard those words come out of my mother’s mouth, my identity conflict is now solved: From that day on, I stopped hating my dull brown hair and brown eyes and started loving them because they made me resemble my bubbe when she was younger. I stopped feeling ashamed for praying or singing in Ladino, and have even taught some popular Hanukkah songs to my Ashkenazi friends. I stopped feeling guilty for not being “Latina enough” because, honestly, Latinas are all about extra, and never enough, and it took me a few years to learn that. I might not have gone to Mars or been elected president (yet), but I know someday that will happen, if not to me, then to another girl.