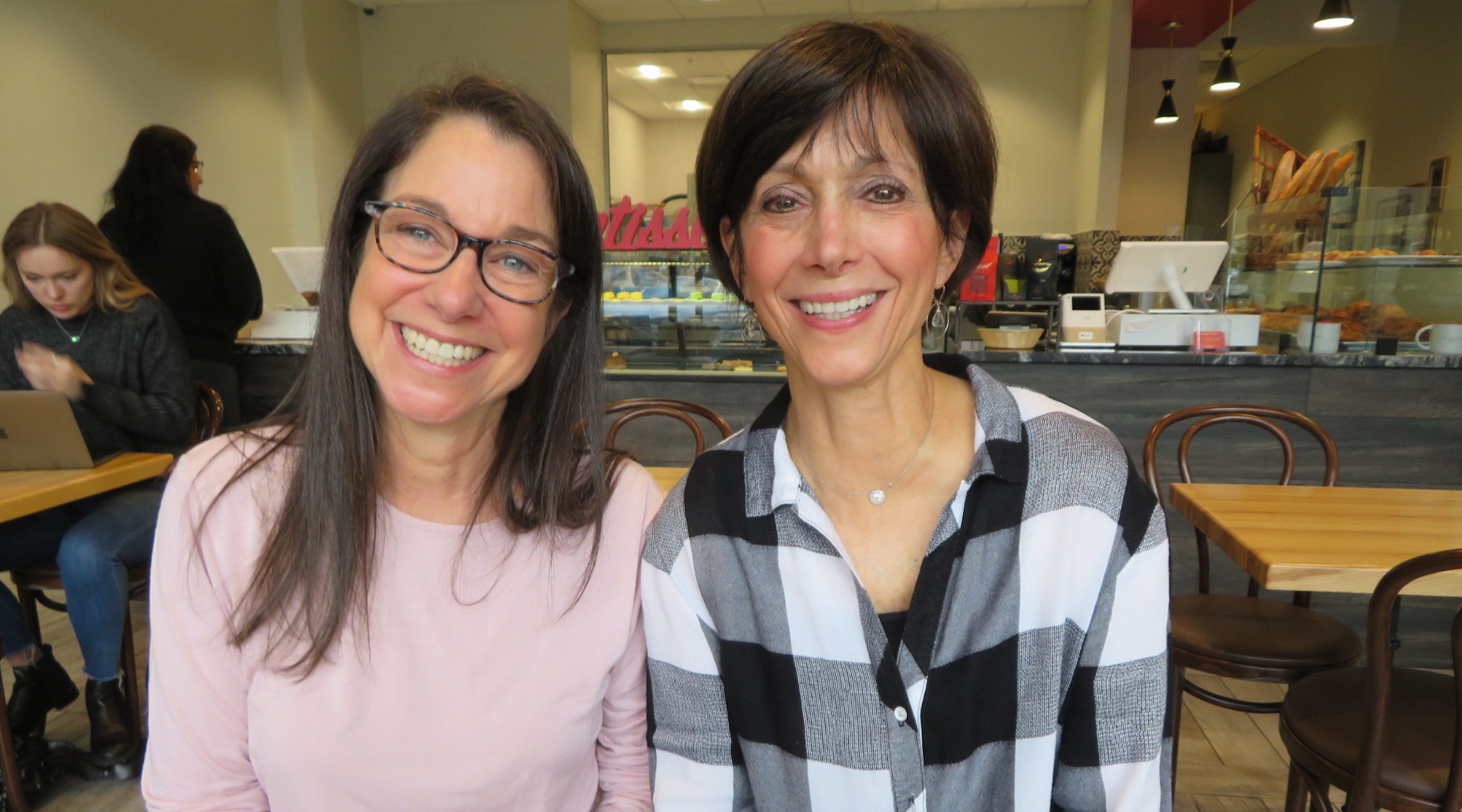 ATLANTA (JTA) — Valerie Habif and Joanie Shubin have been keeping a secret for nine years. Now that it’s ripe for revealing, they’re so eager to get it out, they finish each other’s sentences.

Habif: “We never envisioned a Trump.”

Shubin: “But he lit a fire under our tuchas.”

With 1,500 members, the Jewish Democratic Women’s Salon, Atlanta, which Habif and Shubin founded in 2011, is now at the vanguard of a phenomenon that emerged after Trump’s 2016 election: Jewish women in this Southern state organizing politically to flip Georgia from red to blue.

Habif and Shubin initially founded the salon out of frustration with Republican efforts to kill the Affordable Care Act, President Barack Obama’s signature piece of domestic legislation that was signed into law the previous year.

Habif: “Politics was making us crazy.”

Shubin: “We’d go to a dinner party, and I’d say to the person next to me, ‘Can you believe that?’ And they’d say, ‘Sorry, I’m voting Republican because of Israel and taxes.'”

The two began organizing meetings to educate themselves about the ACA, or Obamacare, so they could better argue its merits. They kept the meetings on the down low because of the discomfiture they felt in the Jewish community at the time when they mentioned their support for Obama.

“We started off in a living room because that’s where great ideas happen,” said Habif, 62, a retired clinical psychologist.

They called themselves a salon in a nod to their domestic origins. Soon they were organizing lobbying days at the Georgia State Capitol in Atlanta.

Habif: “This is Georgia, people are not used to hearing from their …”

Two events triggered their decision to go public. The first was Donald Trump’s election in 2016. The second was the shock in 2017 when Jon Ossoff, a Jewish Democrat, finished first in a “jungle primary” in the suburban 6th District, which had been Republican for decades. Ossoff won just under 50 percent of the vote, but lost the June runoff to a Republican.

In between those votes, liberals in the district who had always believed their neighbors were Republican campaigned hard for Ossoff. Many of them were Jewish women.

“I lived in that county forever,” Shubin, who is in her early 60s, said of Cobb County, one of three counties in the 6th. “Never did I believe there were so many Democrats.”

The salon grew by word of mouth, from 50 women in 2011 to 1,500 today. Organizing over the phone eventually became unwieldy. A younger member launched a closed Facebook page to keep the group informed.

Now the salon is a required stop for local and statewide candidates. The group has a schedule into next year vetting the Democratic candidates for two Senate elections in 2020, when both of Georgia’s Senate seats — now held by Republicans — will be up for grabs.

The group is still kept under wraps in the sense that the Facebook page is by invitation only. Habif and Shubin like the flexibility of working outside any official apparatus.

With so many members, the salon organizes around issues of agreement. That keeps Israel off the table for now. Both Habif and Shubin were unhappy when, during the Democratic presidential primary debate in Atlanta last week, Sen. Bernie Sanders of Vermont criticized Israel out of the blue.

Habif: “I was horrified.”

The salon also has discovered a truism of domestic politics: Change is likelier to happen on the local level. Its favored issues — women’s health, immigration and refugee rights, gun violence, education, climate change, religious freedom, hate crimes — are all being contested in the Georgia statehouse and in the state’s county commissions.

Georgia is among a handful of states without laws that upgrade penalties for crimes motivated by bigotry. The Anti-Defamation League chapter in the state is leading a drive to change that, and Habif and Shubin are doing their part.

Shubin: “It was watered down.”

Shubin: “It was overturned.”

Habif: “It was unenforceable.”