When a Texas synagogue burned to the ground, there were no Jews left to mourn it 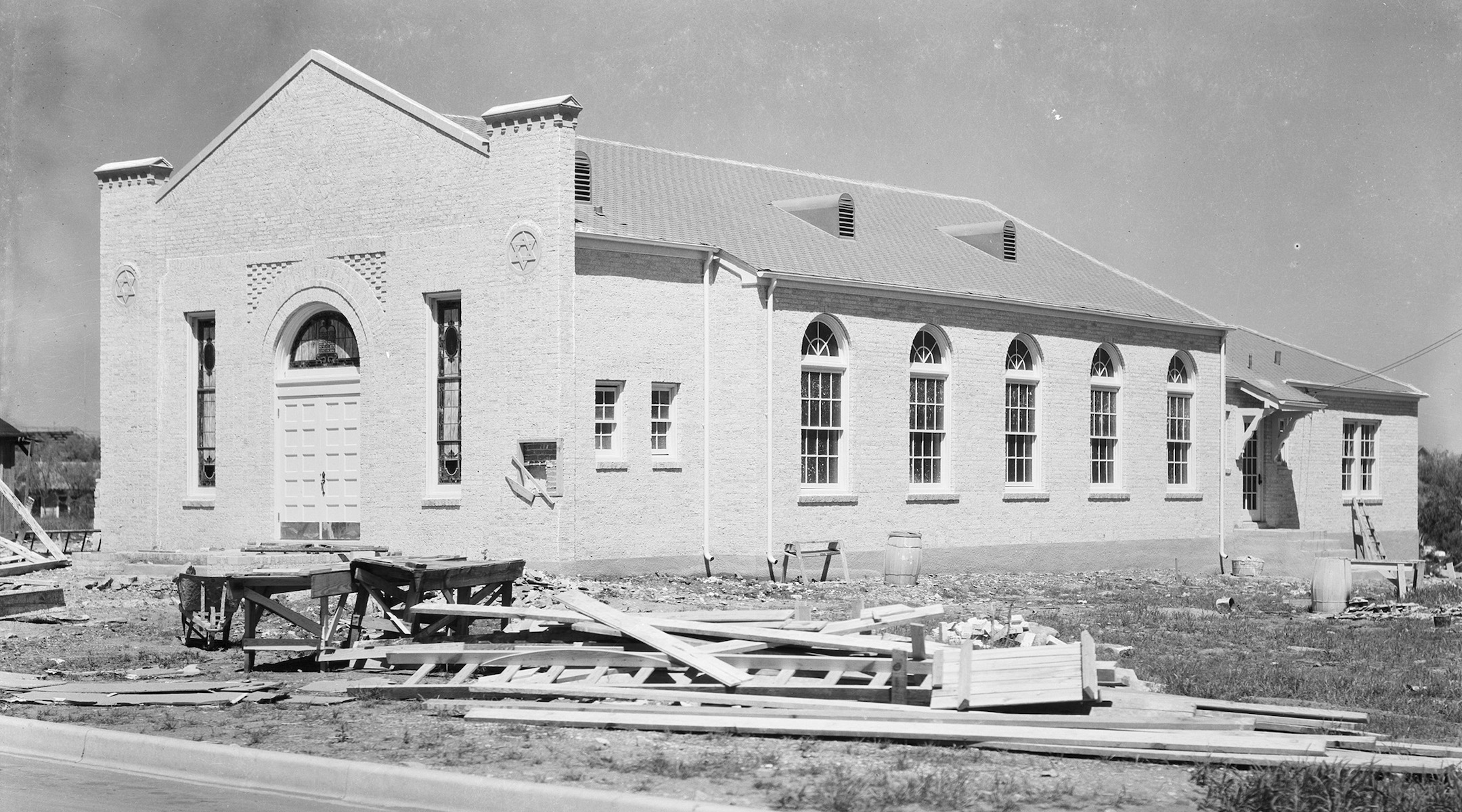 The synagogue in Breckenridge, Tex., in 1929. (Basil Clemons/University of Texas at Arlington Archives)
Advertisement

(JTA) — A former synagogue building in the small Texas city of Breckenridge was destroyed by fire earlier this week — but it hasn’t been home to a Jewish community for decades.

The former Temple Beth Israel building caught fire early Sunday morning and burned for an hour. Its brick walls later had to be knocked down because they were unstable, the local fire department said. The building reportedly was being used as a storage facility and work area.

Temple Beth Israel was dedicated in 1929 by the 60 Jews who lived in the town. It had been built with funds solicited from Jewish organizations and congregations across the country, as well as from the broader community, according to the Encyclopedia of Southern Jewish Communities, a project of the Institute of Southern Jewish Life.

According to the institute, the first Jews to settle in Breckenridge were Hungarian immigrant Nathan Winkler and his family, who arrived in 1920 from Fort Stockton, Texas. Winkler opened a dry goods store “to cater to the tremendous number of oil workers and fortune seekers moving to Breckenridge.” Later that year, a second Jewish family, Charles and Bertha Bender, moved their dry goods business from Lubbock, Texas, to Breckenridge.

Many other Jewish-owned stores would open in the town. In 1929, the local newspaper reported that the presence of so many Jewish merchants was a sign of the town’s economic vitality, writing that “water and oil may not mix, but Jews and prosperity do. The presence of Jews in any and every community is a sign of hope and promise … Jews do not stay in dead towns.”

Still, the Jewish population in Breckenridge never rose above 80.

During the 1920s, the men there formed a B’nai B’rith lodge and the women formed a Hadassah chapter. After tiring of traveling 100 miles to Fort Worth for High Holiday services and meeting in private homes on Shabbat, the Jews of Breckenridge decided to build a synagogue.

Some 500 people joined the small Jewish community for the 1929 dedication of Temple Beth Israel. At the time, the congregation had 15 member families and 10 individual members, including a few from surrounding towns. The synagogue never had a full-time rabbi, instead relying on lay leaders and visiting rabbis. Services were in Hebrew and English, and men and women sat together.

After the oil boom subsided in the early 1940s, many Breckenridge Jews, including many of the synagogue’s founders, left for greener economic pastures. By the 1950s, the Jewish community had dwindled to some 10 families. And by the 1970s, most of the Jewish-owned businesses had closed as the next generation had moved elsewhere.

The synagogue building was sold in 1974, the Breckenridge Texan reported Sunday, citing the local history book “Stephens County: Much to be Cherished.” The building was later used as a church.

Breckenridge is situated on 4.2 square miles in Stephens County, about two hours west of Dallas. It currently has a population of about 5,800. But no Jews, according to the Institute of Southern Jewish Life.

The last Jew in Breckenridge was Marvin Socol, who ran the Popular Store until it closed in 1987.