Linda Sarsour backs Bernie Sanders, but not his support for Israel 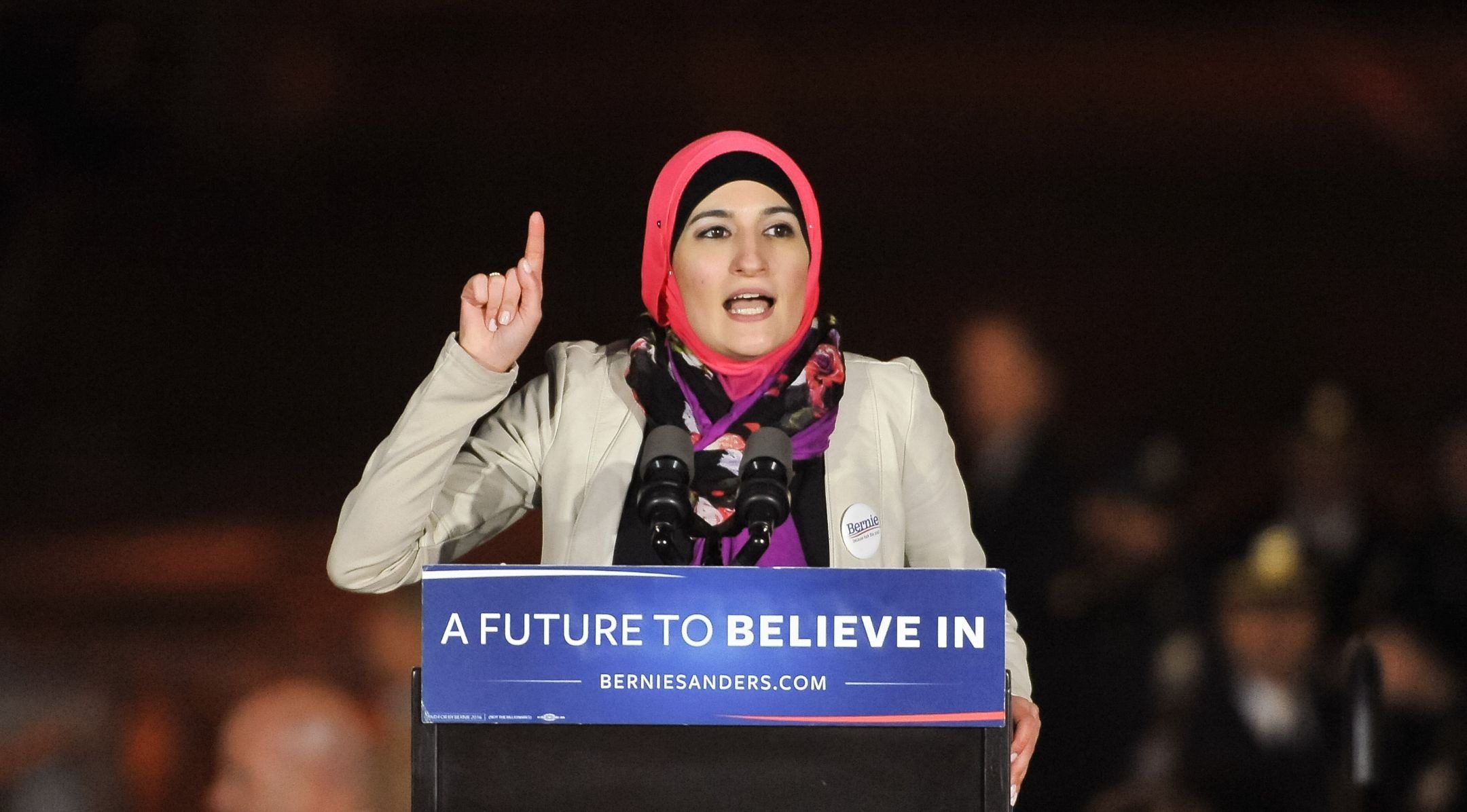 WASHINGTON (JTA) — Last month, Bernie Sanders wrote about his support for Israel, calling the nation an “enormous achievement” and “a democratic homeland for the Jewish people.”

A few weeks later Linda Sarsour, a prominent Arab-American activist and an official Sanders campaign surrogate, said that support for Israel as a state is unacceptable in the progressive movement.

The contrast is sharp and, one would think, irreconcilable.

Neither Sarsour nor the Sanders campaign has answered the Jewish Telegraphic Agency’s request for comment.

Let’s review some recent statements on Israel by Sanders and Sarsour.

Sept. 6: The Sanders campaign posts a video of Sarsour speaking at a rally in Brooklyn and identifies her as a “2020 Bernie surrogate.”

“At a time of a startling rise in white nationalism and anti-Semitism, I would be so proud to win, but also to make history and elect the first Jewish-American president this country has ever seen and for his name to be Bernard Sanders,” said Sarsour, who also had campaigned for Sanders in his 2016 presidential run.

Sarsour also says that Sanders “sees Palestinians as human beings deserving of human rights and self-determination.” Her Twitter icon is a photo of her and Sanders together and smiling.

Nov. 11: Sanders writes about anti-Semitism for the left-wing Jewish publication Jewish Currents in what also is his most expansive expression of Jewish identification.

Sanders says some accusations of anti-Semitism against progressives are a “cynical political weapon,” but adds: “I think it is very important for everyone, but particularly for progressives, to acknowledge the enormous achievement of establishing a democratic homeland for the Jewish people after centuries of displacement and persecution.”

He notes the time he spent in Israel as a young man and says “It is true that some criticism of Israel can cross the line into anti-Semitism, especially when it denies the right of self-determination to Jews, or when it plays into conspiracy theories about outsized Jewish power. I will always call out antisemitism when I see it.”

Nov. 29: Sarsour appears at the annual conference of American Muslims for Palestine, and says in a speech at the Chicago event that Zionists, not pro-Palestinian advocates, should be on the defensive. In particular, she calls out progressive Zionists, suggesting they have no place in the larger progressive movement. (The blog Israelly Cool first reported the Facebook posting with the video of Sarsour’s remarks.)

“Ask those who call themselves progressive Zionists to explain to you how they can be against the separation of children on the U.S.-Mexican border, how can they be against building a wall between us and Mexico, how can they be against agencies like ICE … but then you tell me ‘Oh, you can’t push me out of the movement because I’m also against white supremacy,’” Sarsour said at the conference. “Ask them this, how can you be against white supremacy in America and the idea of being in a state based on race and class, but then you support a state like Israel that is based on supremacy, that is built on the idea that Jews are supreme to everyone else.”

This appears to be confirmation that Sarsour unequivocally rejects Zionism in any form. In 2017, she told The Nation that “It just doesn’t make any sense for someone to say, ‘Is there room for people who support the state of Israel and do not criticize it in the movement?’ There can’t be in feminism.”

Sarsour’s defenders seized on the clause “and do not criticize it” to insist that Sarsour was not excluding Zionists who are critical of Israel. Sarsour declined to further clarify her remarks.

Is there wiggle room to reconcile Sarsour’s rejection of a “state like Israel that is based on [Jewish] supremacy” and Sanders’ label for those who deny “the right of self-determination to Jews” as anti-Semites?

It’d be good to hear from Sanders and Sarsour themselves.