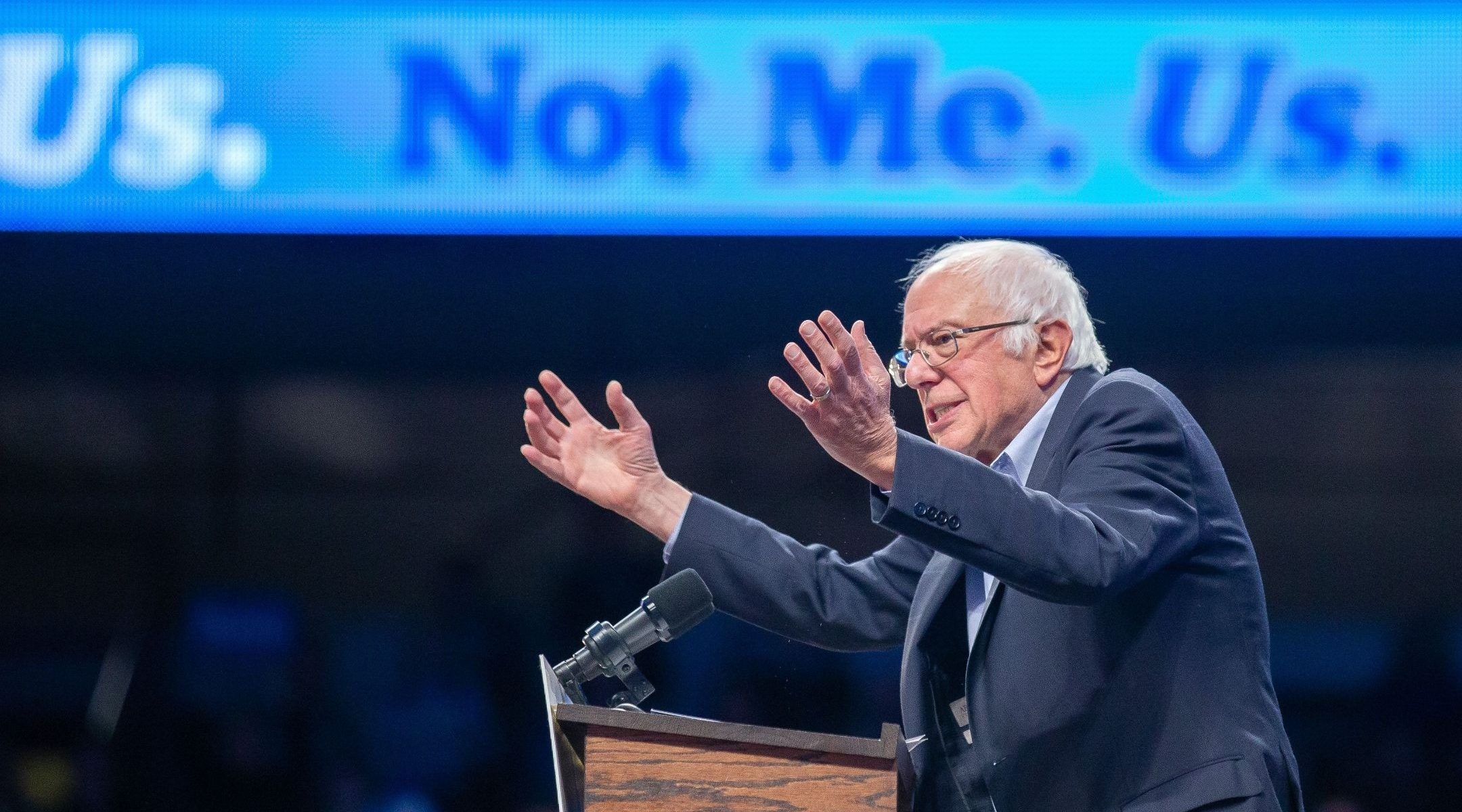 WASHINGTON (JTA) — Bernie Sanders published an essay titled “How to Fight Antisemitism” — perhaps his most expansive written consideration of his Jewish identity — in a Jewish publication on Monday.

In the article for the left-wing magazine Jewish Currents, the Democratic presidential candidate says he is firmly proud to be Jewish and to support Israel. He also argues that denying the right of Jews to self-determination is anti-Semitic.

“I think it is very important for everyone, but particularly for progressives, to acknowledge the enormous achievement of establishing a democratic homeland for the Jewish people after centuries of displacement and persecution,” Sanders writes about Israel. “It is true that some criticism of Israel can cross the line into antisemitism, especially when it denies the right of self-determination to Jews, or when it plays into conspiracy theories about outsized Jewish power.”

Sanders, who notes his time spent in Israel in 1963 when he was a young man, also speaks out for Palestinian rights.

“My pride and admiration for Israel lives alongside my support for Palestinian freedom and independence,” he says. “I reject the notion that there is any contradiction there.”

Sanders has allied with surrogates like Linda Sarsour, an activist, and Rashida Tlaib, a Michigan congresswoman, who are harshly critical of Israel — not just because of its policies, but of its status as a Jewish state.

The Vermont senator also argues that Trump’s “own words helped inspire the worst act of antisemitic violence in American history,” referring to the shooting a year ago at the Tree of Life synagogue building in Pittsburgh that left 11 dead.

“We will confront this hatred, do exactly the opposite of what Trump is doing and embrace our differences to bring people together,” Sanders writes.