My daughter survived an anti-Semitic terror attack last year. Here’s what I want the Jersey City survivors to know. 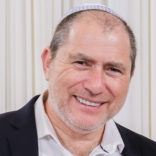 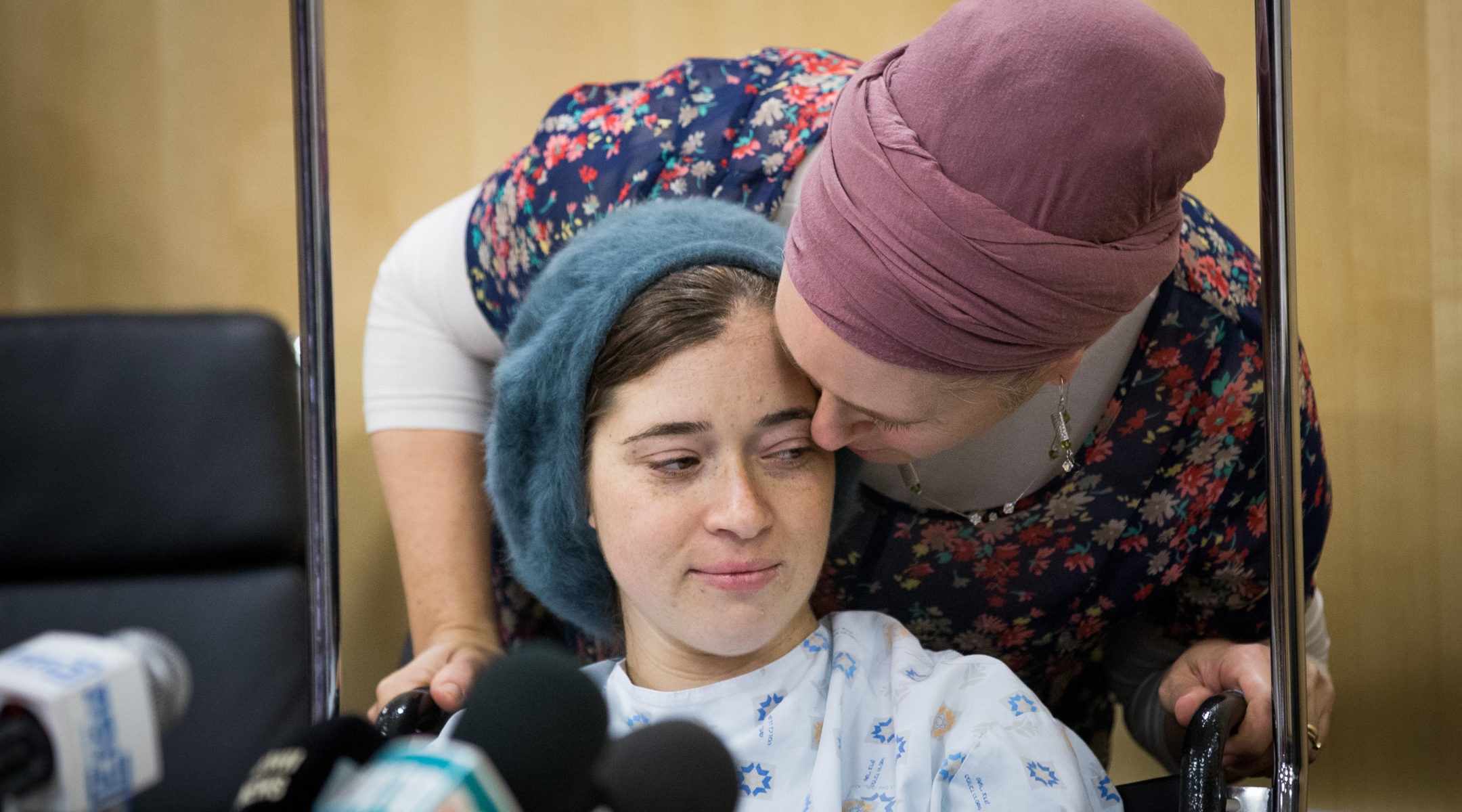 Shira and Amichai Ish Ran hold a news conference at the Shaarei Tzedek hospital a week after being injured in a West Bank terror attack, Dec. 16, 2018. (Yonatan Sindel/Flash 90)
Advertisement

BEIT EL, West Bank (JTA) — I watched the news of the terrible Jersey City shooting last week with both horror and a sense of deja vu. Sadly, violent attacks against Jews, wherever we live, have become all too common. We can no longer assume our communal spaces and houses of worship are safe.

Each terror attack is different, and no one knows exactly what it is like to be the victims of the most recent attack except the Jersey City community. But as a fellow survivor of terror that ripped at the seams of my family, I want to lend my support and share my story, which I believe shows that even during the worst of times, human kindness finds a way to shine.

The scourge of terrorism entered my own life almost exactly one year ago. On Dec. 9, 2018, my life was shattered when two Hamas terrorists committed a drive-by shooting on my daughter Shira, her husband Amichai and five others. Shira then was seven months pregnant with her first child and my first grandchild. The Hamas terrorist savagely used a Kalashnikov rifle to do the most damage possible. Shira nearly died after the bullet tore a path from her thigh to her abdomen, leaving a 6-inch wide exit wound.

That day was one of extremes and colossal evil, but also unimaginable goodness. When Shira and her fellow victims were shot, two first responders from Magen David Adom, stationed only 1,000 feet away, heard the attack unfold. The paramedics, Betzalel and Benzi, initially believed the sounds had come from firecrackers. But after hearing blood-curdling screams, the two sped toward the danger in their ambulance. They reached Shira in just over 60 seconds.

According to regular protocol, the first ambulance on the scene must wait for a second ambulance to leave in the case of a mass shooting situation. The next ambulance was five minutes away, and Betzalel decided to break protocol and evacuate Shira immediately, likely saving my daughter’s life.

As Benzi drove the vehicle, Betzalel administered lifesaving care to Shira, pumping liquids into her body to stanch the bleeding and earn her some time. He needed both of his hands for this procedure, and Shira bravely inserted her own fist into her wound to slow the bleeding so that Betzalel could finish the job.

Benzi also took heroic measures to save Shira’s life. Road construction was bound to slow down their passage to Jerusalem, so Benzi called the army and pressured it to open a special security road that would make the trip much quicker. The road passes through a dangerous Arab village, and the army requires that vehicles be bulletproof in order to take this route. Benzi was luckily driving one of MDA’s few bulletproof vehicles, and access was granted. This allowed a trip that usually takes 45 minutes to be completed in only 19 minutes.

Shira was rushed into the operating room at the hospital and underwent radical and invasive surgery. Benzi and Betzalel were correct that Shira had no time to lose: The head of surgery told us that if Shira had arrived three minutes later, she would have suffered irreversible brain damage. Five minutes later and she would have been dead.

Shira’s unborn child, the surgeon told us, had saved her life. Pregnant women produce extra blood to nourish their babies, especially as the pregnancy advances. Shira’s baby was delivered prematurely, at seven months, through an emergency C-section as the doctors operated simultaneously on Shira. But her newborn son – my grandson — would live only briefly, as the lack of oxygen and blood robbed him of any chance of survival.

Shira and Amichai spent a few short moments with their child before he succumbed. Named Amiad Yisrael, which in Hebrew means “the nation of Israel is eternal,” he was interred in a heartrending ceremony that his mother and father could not attend due to their own injuries. He was Israel’s youngest-ever terror victim.

A couple of months ago, during the festival of Sukkot, there was a ceremony dedicating a new mobile intensive care unit ambulance in memory of Amiad Yisrael. During the ceremony, Amichai pronounced words that will forever remain with me: “Our heroes are the ones who protect life and those who save lives … We hope, please God, the ambulance will be used only for happy occasions. We bless the dear MDA teams with the verse from the book of Psalms: ‘for He (God) will order His angels to guard you wherever you go.'”

For me, terror became personal with the attack on Shira and Amichai and the murder of my grandchild. Israel faces merciless, shameless enemies who will strike us anywhere and anytime the opportunity presents itself.

Nonetheless, the forces of good remain just as strong, if not stronger. There are countless men and women who run in the direction of danger and rush to the aid of others in the most dire circumstances. Such was the case with Benzi and Betzalel, and so many paramedics and emergency personnel who work with organizations like MDA. We are grateful to the well-trained paramedics for saving our children’s lives. And the ambulance, too: It was Shira’s chariot of mercy.

The human capacity for goodness was also on display in Jersey City, where the heroic Douglas Miguel Rodriguez held open the back door of the kosher grocery store so that Chaim Deutsch could escape, costing him his life. Police officers valiantly engaged in an hours-long shootout, likely saving the lives of dozens of Jews in the yeshiva next door, according to the Jersey City mayor. Concerned Americans sent thousands of pounds of kosher food to the Jersey City community in the days that followed.

The human kindness and courage found when confronted with evil in the attacks on the Jews of Jersey City and around the world remind us what we all are capable of. As we approach Hanukkah, the season of light and hope, let us hope for — and create — more light in the face of such darkness.

Chaim Silberstein
has become an activist, speaking out against Palestinian terrorism after his daughter, Shira, and her husband, Amichai, were critically injured in a drive-by shooting while waiting at a bus stop outside Ofra in December 2018.
The views and opinions expressed in this article are those of the author and do not necessarily reflect the views of JTA or its parent company, 70 Faces Media.