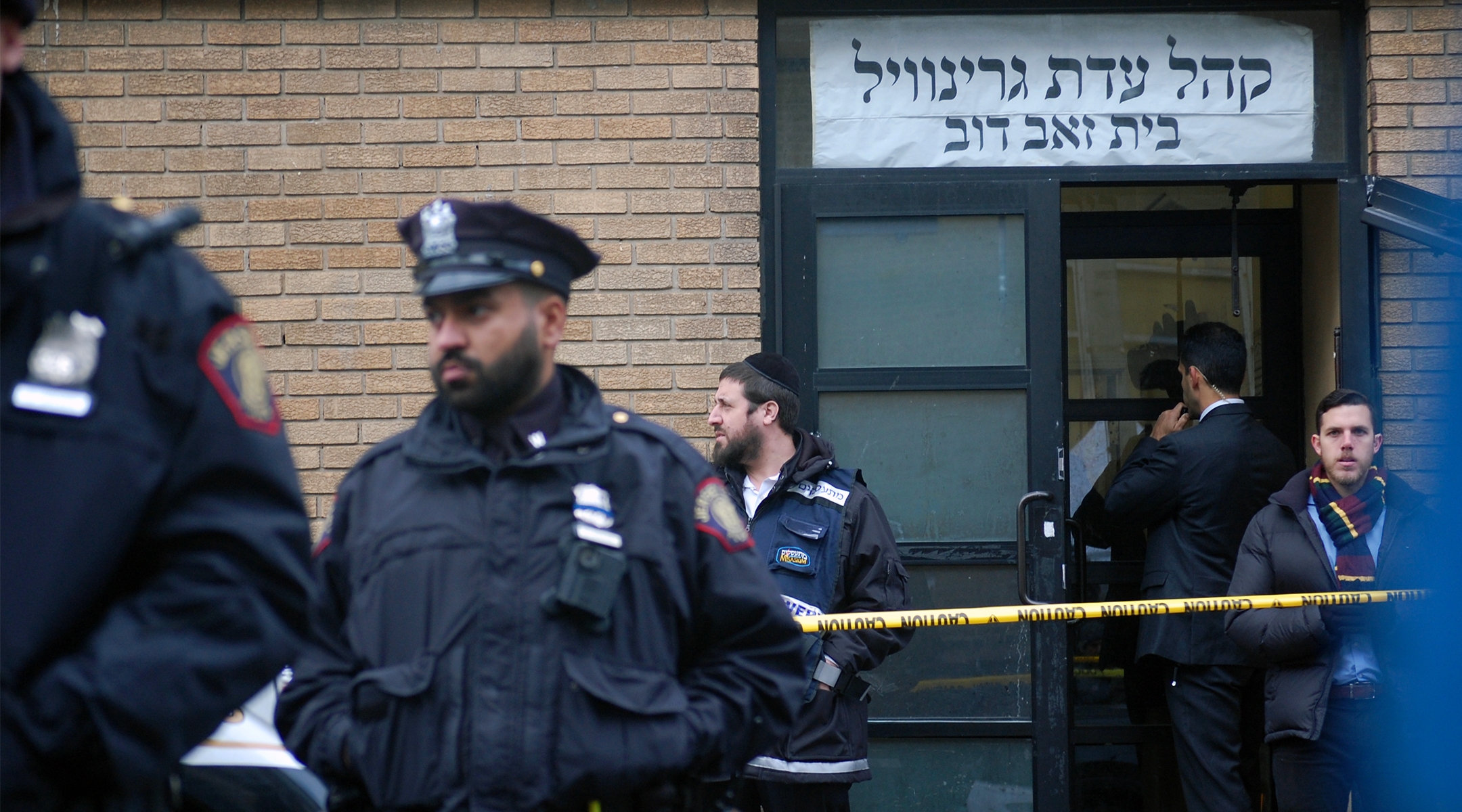 JERSEY CITY, N.J. (JTA) — One opened a grocery store that became a hub for a growing community.

Another was a young student who stood out for his charitable work.

Another was an exemplary cop who tried to make the streets safer.

Another was a worker who was always eager to help his customers.

This is what we know about the four victims of the attack here that ended with a gun battle between police and the two shooters at the JC Kosher Supermarket. The two shooters were found dead in the store. Officials say their motive has not yet been determined.

Ferencz and her husband, Moshe, were among the first 10 Hasidic Jews to move to Jersey City from Brooklyn, according to two local Hatzolah emergency service volunteers who frequented JC Kosher. Ferenz’s family opened the store about four years ago.

“She and her husband were both really, really sweet people,” Jacob, a Hatzolah volunteer who lives in Union City, told the Jewish Telegraphic Agency. “They were very friendly, always had a smile, were really nice to you when you walked in, and it’s definitely going to be something that’s going to be missed.”

Jacob, who declined to give his last name, said Ferencz was committed to making high-quality food that was popular with the store’s customers. The mother of five also would encourage customers from outside the city to move here.

“There is a salad bar there now which everybody knows now,” he said. “She made the food that we eat [for Shabbat] — kugel, cholent. She did a lot.”

“We used to go for lunch all the time,” said Mendy, the other volunteer. “And she was always there making sure there was enough food in the salad bar.”

The grocery store is now being repaired following the shooting. But even when it reopens, Mendy says, something — and someone — will be missing.

“It’s going to take some time to get it up and running again,” he said. “But it’s definitely not going to be the same. Even if they rebuild, even if they change the look and everything, there’s still going to be the feeling of what happened over there.”

Deutsch was one of the first students at a Hasidic yeshiva located next to the grocery store. Rabbi David Niederman, president of the United Jewish Organizations of Williamsburg and North Brooklyn, said in a statement that Deutsch was “dedicated to studying his Jewish faith every day.”

“He was extremely kind and generous, and was the go-to person when his peers needed help,” Niederman said. “Moshe followed in his father’s footsteps and devoted his spare time and energy to help organize the UJO Passover food distribution and many other acts of kindness. The community lost a promising, upcoming charitable person who was spreading love and kindness.”

Douglas, a JC Kosher employee, was friendly to everyone who came in, said Rabbi Shmully Levitin, a Jersey City resident who frequented the store.

“He was very nice, always helpful, always looking to help the customers,” Levitin said. “He was dedicated to his job.”

A father of five, Seals had served as a police officer for 15 years, according to NBC News. He was killed after encountering the gunmen at a nearby cemetery.

Seals was the lead officer responsible for removing illegal guns from the city streets. In 2008, he saved a woman from a sexual assault in her own home on Christmas Eve. After responding to a police call, Seals climbed a fire escape, broke through a window and wrestled the assailant to the ground.

He also was known as a devoted father who was often seen playing with his kids.

“For Halloween, he would climb up on the house, on the roof and put up these crazy decorations for the kids,” Joe Vuotolo, a neighbor, told NJ.com. “A really great guy. It’s a shame.”