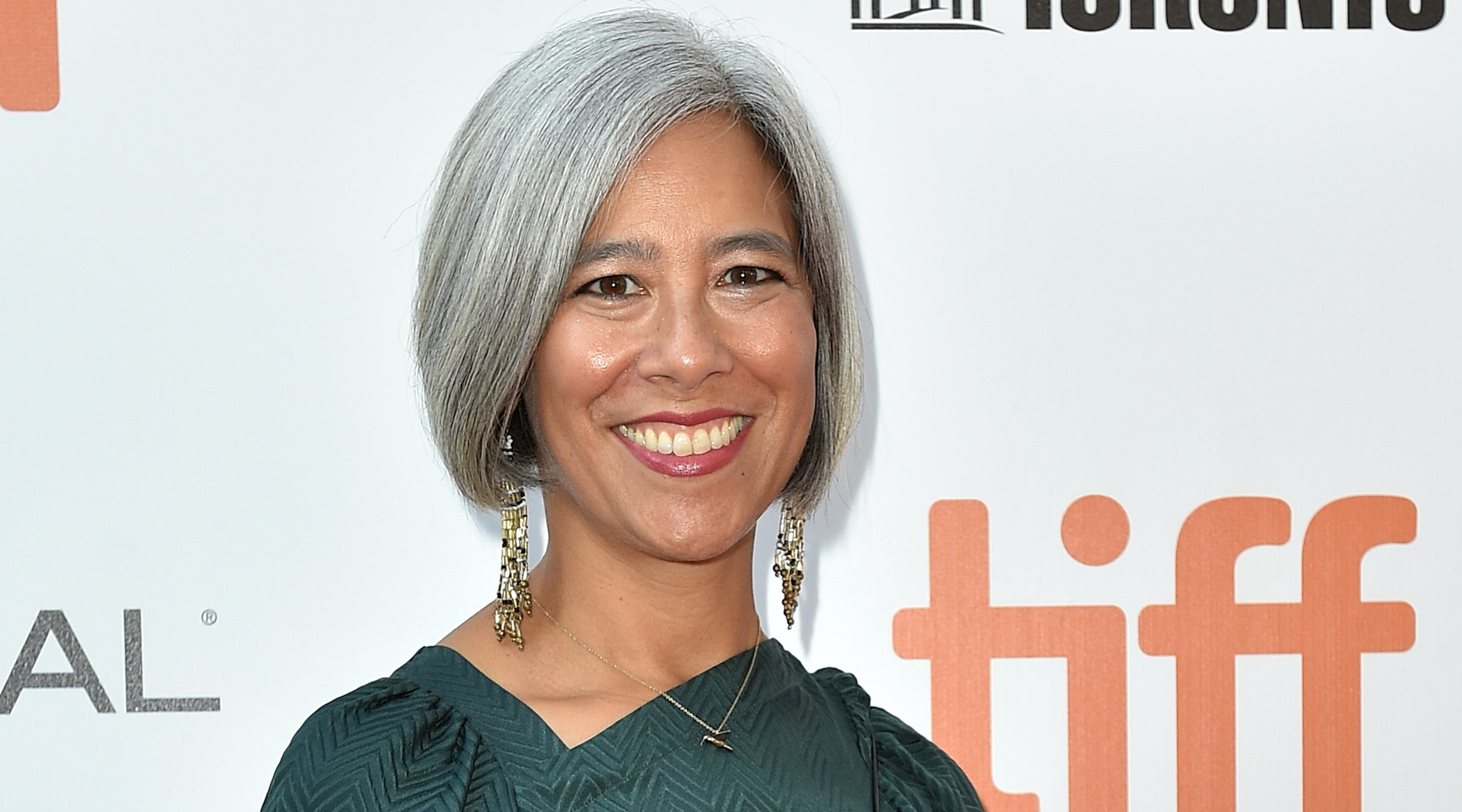 NEW YORK (JTA) — On the day she found out she was being considered for the National Book Awards, Susan Choi was swimming laps at her gym, trying to busy herself.

“Early in my career I just learned to close my ears to awards season,” she said. “I think it’s distracting and really stressful.”

When Choi emerged from the water, she found her phone flooded with emoji-filled congratulatory text messages. Her novel “Trust Exercise” had made the first cut.

In October, she was named a finalist and last month she took home the prestigious award.

The Brooklyn-based author’s coming-of-age novel follows a group of students at a suburban performing arts school in the early 1980s. Two students there navigate the fallout of an intense relationship. The novel tells its story, which deals with issues of consent and sexual assault, from multiple perspectives that at times leaves the reader unsure of what actually transpired.

Choi, whose father is Korean and mother is Jewish, started working on “Trust Exercise” about five or six years ago, but it came further into focus with the explosion of the #MeToo movement. In a first for the author, current events influenced her to the extent that she decided to tweak the ending of the novel before its publication earlier this year.

“I kept saying to my agent, ‘I just don’t think the ending is what I want it to be,’” she told the Jewish Telegraphic Agency in a phone interview Thursday.

As dozens of allegations against Hollywood producer Harvey Weinstein came out in the fall of 2017 and then against other prominent men, Choi said she was especially influenced by conversations on the topic with other women.

Choi, 50, is no stranger to critical acclaim.

Her novel “American Women,” which was based on the 1974 kidnapping of heiress Patty Hearst by a left-wing terrorist organization, was a finalist for the Pulitzer Prize for fiction and was turned into a film that premiered earlier this year. She has won a number of awards, including the Asian American Literary Award, the PEN Emerging Writers Awards and the Lambda Literary Award, and has received fellowships from the National Endowment for the Arts and the John Simon Guggenheim Memorial Foundation.

She grew up up in South Bend, Indiana, the daughter of a Korean immigrant father and an American-born Jewish mother whose parents had emigrated from Eastern Europe. There she saw no families that looked like hers — in fact, Choi says there were no other Jewish or Asian people in her neighborhood.

“My mother and father equally stuck out like sore thumbs,” she said.

Things changed when she was 9 and her parents divorced. Choi moved with her mother to Houston, settling into a heavily Jewish neighborhood where many of her mother’s relatives lived. There Choi fit in as a Jewish person but not as partly Asian.

“Suddenly I was much more of the anomaly,” she recalled.

A reader might surmise that it is with her Asian identity that she feels more comfortable — given its appearance in her work compared to her Jewish roots.

Choi’s first novel, “The Foreign Student,” which is inspired by her father’s immigrant experience, tells the story of a young man who moves to the United States after being traumatized by the Korean War. It won the 1999 Asian American Literary Award for fiction. And for six years, she has been working intermittently on a project inspired by her paternal grandfather, Choe Chaeso, a prominent Korean intellectual, and how he portrayed Japan in his writings during its occupation of Korea.

But Choi says it’s with her Jewish identity that she feels the most at home.

“I’m like a latke-and-menorah Jew,” she said. “I didn’t even have a bat mitzvah. My mom was just not up for it, which was fine, but culturally I feel much more comfortable in a Jewish context than I do in an Asian context.”

Though she was the only partly Asian person in her Houston Jewish community, she was exposed to a different type of diversity.

“I grew up in a large extended family of Jews who were vegetarians and atheists and left-wing and middle-of-the-road and more observant and less observant, and so I guess I internalized that there were so many ways to be Jewish, and I’ve never felt inadequate or worried about my Jewish identity,” she said.

Choi never had a similar experience that related to her Korean roots.

“My Asian identity is much more tentative, and I think about it more and I feel less secure there because I always feel like I don’t understand or I don’t know enough about it,” the author said.

“I don’t speak a word of Hebrew because I went to Hebrew school four times and then I didn’t wanna ever go back, and my mom was like ‘Whatever’ — but it doesn’t make me feel bad about myself,” she continued. “But the fact that I don’t speak Korean makes me quite insecure. I do think it has to do with upbringing, and just growing up in a very diverse Jewish environment where there was that space to just be Jewish however you happen to be Jewish.”

Still, Choi has yet to explore her Jewish identity in her writing.

“It’s something that I’ve thought about for years mostly because I find my mom’s family’s stories so interesting,” she said. “But part of what has I think made me not go in that direction with my writing is there’s so much amazing literature about Jewish identity and Jewish experience, and I’ve never yet felt like I have something I can really add to this.”

But she doesn’t rule out writing about it.

“I think there are also possibly future projects for me that are going to draw on my family’s history — other aspects of it that I haven’t really explored — but I don’t know what those projects will be,” she said.

For now, however, Choi has her hands full. She is in the process of adapting “Trust Exercise” into a screenplay for a miniseries. She is also figuring out if she is ready to return to the project about her paternal grandfather — from which she took a break to write “Trust Exercise” — or whether it still needs more time to stew.

She is also raising her two sons, aged 12 and 15, from her marriage to New York Times restaurant critic Pete Wells, from whom she is now separated.

That’s all in addition to teaching classes at Yale University, where she is on the English faculty, and trying to find time to go swimming, hiking and kayaking. Oh, and prepare for Hanukkah.

“I bought Hanukkah candles this year on time, so I won’t be scouring the [store],” she said. “I actually have them in the house already because often it’s the case that I’m like, ‘Oh my God, it’s Hanukkah and I have no candles.”