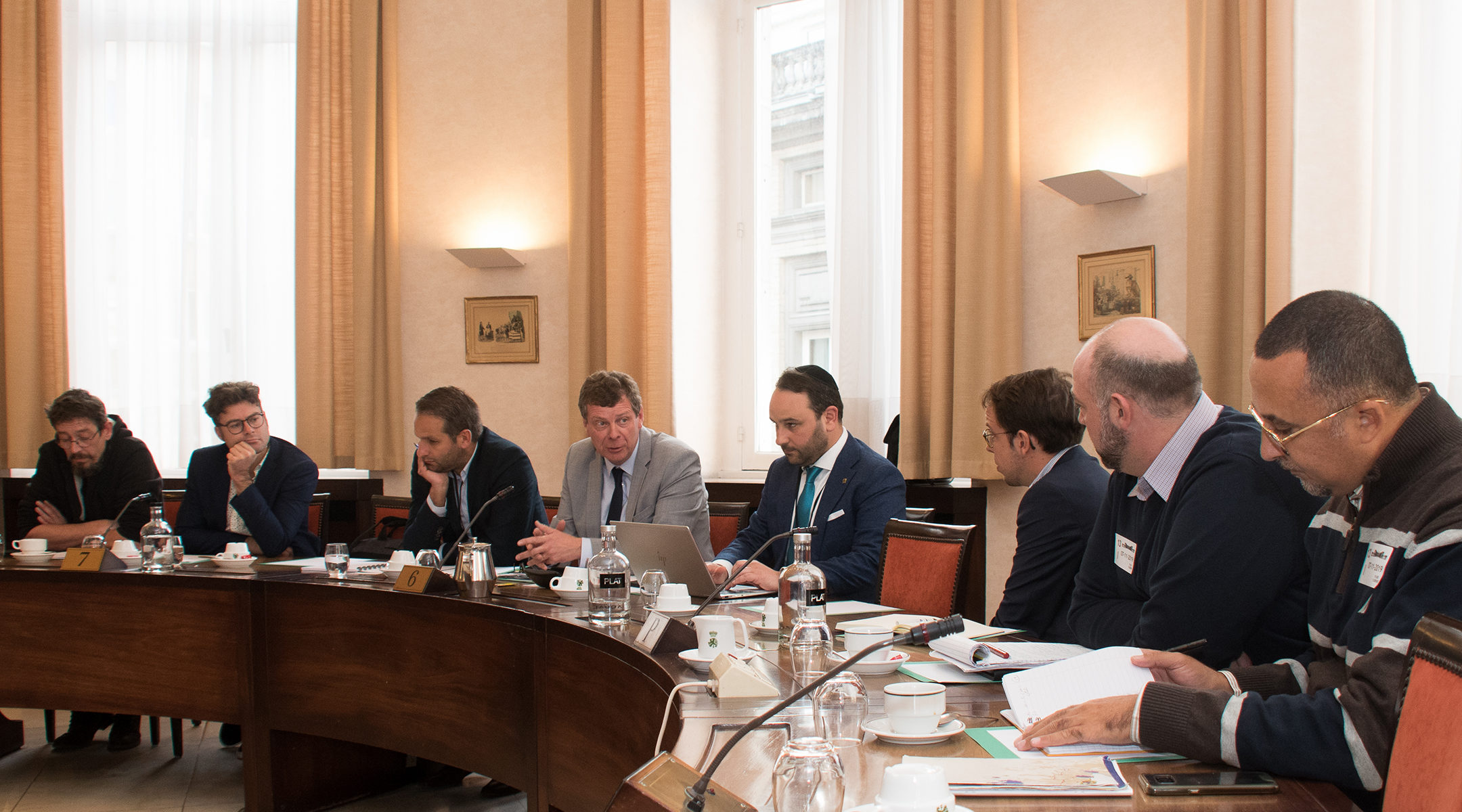 ANTWERP, Belgium (JTA) — The editor in chief of a Belgian daily newspaper accused a Jewish lawmaker of spying for Israel in parliament.

Bart Eeckhout leveled the allegation against Michael Freilich in an op-ed titled “Anti-Semitism” that was published Saturday in the left-leaning De Morgen newspaper.

Eeckhout wrote that De Morgen has learned that Freilich’s parliamentary aide filmed several minutes of an exchange last month between Belgian lawmakers and representatives of pro-Palestinian nongovernmental organizations. Eeckhout claimed the footage was filmed in secret, but Freilich told the local media that the short videos were for sharing on social media.

The De Morgen report on the matter did not say what the videos were used for or intended for.

Freilich, the previous editor in chief of the Joods Actueel Jewish magazine, was elected to parliament earlier this year on the ticket of the center-right N-VA party. He maintains a strong presence on social media, where he shares videos and pictures from various activities.

Freilich is not an Israeli citizen.

A conduct panel in parliament concluded that Freilich had no right to film the encounter, which was defined as off the record. Freilich has not published the films.

“Was Mr. Freilich just adding to his private collection of movies of Israel critics, or was he collecting information for other interested parties, like Israel?” Eeckhout wrote. “The former would be amateuristic, the latter, however, smells like espionage.”

Eeckhout also wrote that “coincidentally,” criticism of “Israel’s government is equated with anti-Semitism.”

Earlier this year, Eeckhout defended a De Morgen columnist’s assertion, inaccurately attributed to a Jewish singer, about Jews having “ugly noses.” The op-ed, which accused Israel of stealing land and displaying a Jewish superiority complex, eventually was revised to omit the reference to ugly noses.

Freilich told the Jewish Telegraphic Agency that the espionage allegation “boggles the mind” and is “Dreyfus [mentality] on the eve of 2020.” Alfred Dreyfus was a French soldier who in 1894 was falsely convicted of treason because he was Jewish.