The Tell: This year in Jewish politics was bananas 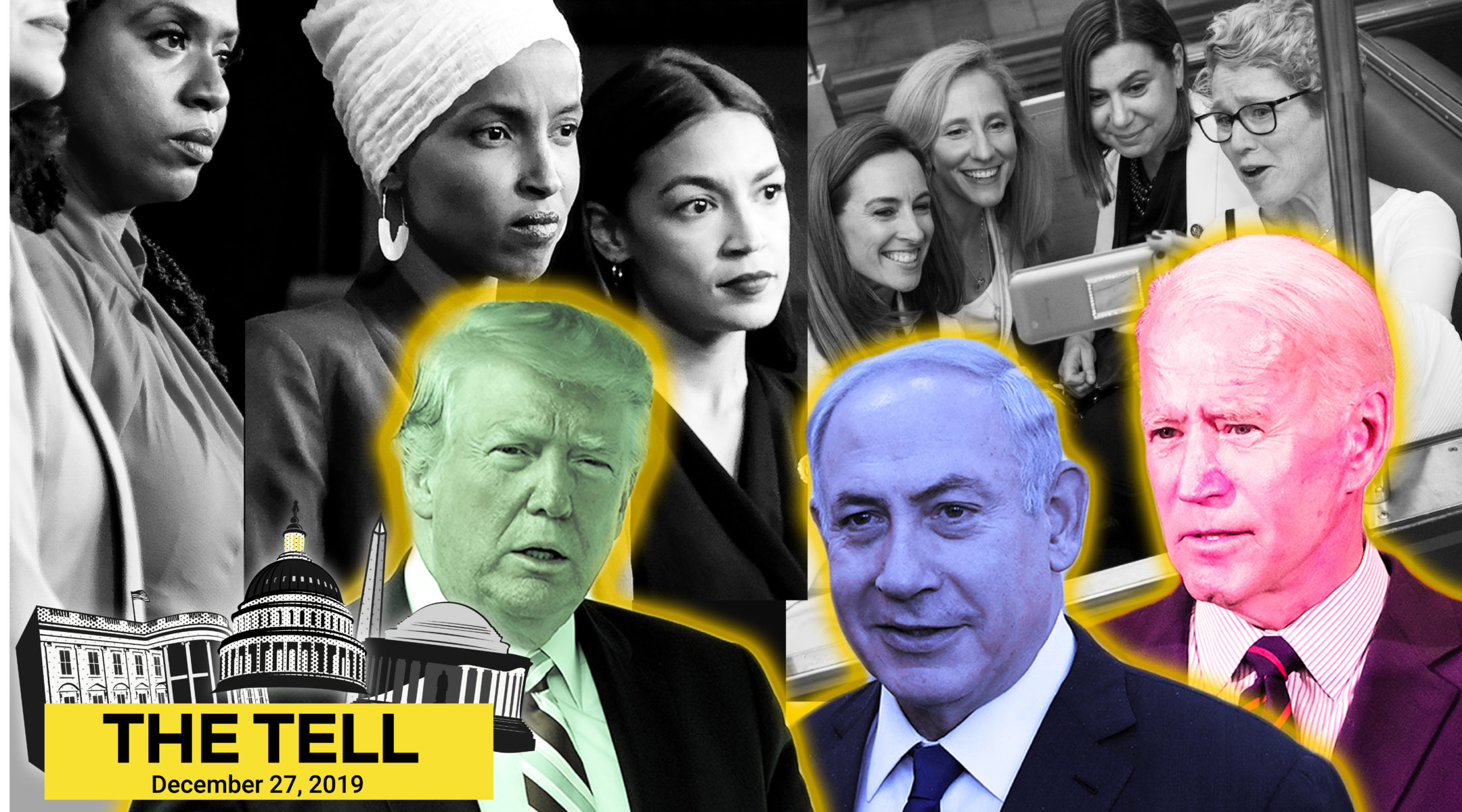 WASHINGTON (JTA) — What a year 2019 has been for, well, everyone, but especially for watchers of Jewish politics — and Jews in politics.

Two elections in Israel (with a third to come), three Jewish candidates running for the Democratic presidential nomination (Bernie Sanders, Marianne Williamson and Michael Bloomberg) and two of Jewish heritage (Tom Steyer and Michael Bennet). Not to mention the too many to mention other Jewish connections among the candidates: Joe Biden’s three adult children have all married Jews; Kamala Harris’s husband is Jewish; Beto O’Rourke’s father-in-law is Jewish; Cory Booker is conversant with Torah; it goes on. Here’s our roundup of the candidates’ Jewish connections and positions.

(Weirdest Jewy presidential candidate coincidence ever: Biden has confessed to wanting to date his daughter-in-law Hallie’s mother when they were teenagers; O’Rourke’s father-in-law, William Sanders, actually went on a date with O’Rourke’s mother.)

President Donald Trump has his own Jewish connections, of course: His daughter Ivanka and her husband, Jared Kushner, are both senior advisers, and his most trusted Middle East hands — ambassador to Israel David Friedman, top negotiator Jason Greenblatt, and Greenblatt’s successor, Avi Berkowitz — all are Jewish.

As he did in 2017 (recognizing Jerusalem as Israel’s capital) and in 2018 (walking away from the Iran nuclear deal), Trump continued to advance major changes to Middle East policy in 2019. He recognized the Golan Heights as sovereign Israel territory and abandoned America’s Kurdish allies in Syria. He and his aides also continued to tussle with critics who said Trump’s nativism has empowered white nationalists and anti-Semites.

There was also the emergence of two supergroups of freshmen female lawmakers at opposing ends of the Democratic spectrum:

*The squad, consisting of Reps. Alexandria Ocasio-Cortez of New York, Rashida Tlaib of Michigan, Ilhan Omar of Minnesota and Ayanna Pressley of Massachusetts, made headlines when Tlaib and Omar seemed to insinuate in statements that Jews wield excessive power. Both also back the boycott Israel movement. (Omar has apologized for some of her statements and both have denied anti-Semitic intent.) Trump weaponized the Squad to depict the entire party as radical and anti-Semitic, although the four have a nuanced range of opinions on a variety of subjects, including Israel. (Their final squad-y act, however, did have to do with Israel: for a variety of reasons, they were the only four Democrats who voted no on a resolution that endorsed the two-state outcome as well as defense assistance for Israel).

*The badass caucus, five moderate Democrats with national security backgrounds from swing districts, come from the party’s opposite flank. They made headlines with an op-ed they co-wrote in September backing an impeachment inquiry because of revelations that Trump pressured Ukraine to investigate Biden. This hechsher from Democrats who could lose their jobs for saying Trump should lose his was critical to advancing impeachment, which passed largely along party lines this month. Two of the badasses, Elaine Luria of Virginia and Elissa Slotkin of Michigan, are Jewish. A third, Chrissy Houlahan, says the experiences of her Holocaust survivor father helped drive her into the military and then into Congress. (The other two are Mikie Sherrill of New Jersey and Abigail Spanberger of Virginia.)

So it’s been a crazy year, and now we’re all ready to relax… as if!

Here are three events worth watching in 2020:

March 2: Israel goes to the ballot for the third time in a year. Voting coincides with the second day of the annual policy conference of the American Israel Public Affairs Committee.

Netanyahu, if he is still acting prime minister, will likely not speak at AIPAC because of the election.

If Netanyahu is on his way out, does AIPAC advance two states more robustly? AIPAC says it is still committed to the outcome but notably did not work to get Republicans to back the House’s two-state resolution. (Five Republicans did vote yea.) Earlier in the year AIPAC, backed a separate resolution targeting the boycott Israel movement, which included an endorsement of the two-state outcome.

What happens with Trump, who has boycotted the lobby since its leaders rebuked him in 2016 for using its stage to attack Barack Obama?

March 3: Super Tuesday, when 14 states, American Samoa and Democrats Abroad will have nominating contests. By Wednesday, we’ll be down to the final two or three candidates. How will differences on Israel that emerged among the candidates at the J Street conference in October have played out? (At the conference, Bernie Sanders, Elizabeth Warren and Pete Buttigieg said they would consider leveraging aid to pressure Israel, while Joe Biden, Amy Klobuchar and Julian Castro rejected the tactic.)

Also, there’s a higher than zero chance that the front-runner is Jewish: Sanders is performing strongly, and Bloomberg’s ad blitz appears to be making an impact. What does that mean for the general election?

Nov. 3: Election day. So much to consider. Trump’s reelection would accelerate the American retreat from the world stage. His vindication after impeachment would place a target on the backs of the lawmakers and others who led the drive for impeachment — many of them are Jewish.

Trump’s defeat could, depending on which Democrat is the nominee, precipitate the prosecution of Trump and his acolytes, including Jewish members of his family. It would reshape the relationship with Israel — expect a return to an expectation that Israel stops Jewish settlement building and take up talks with the Palestinians.

Beto’s new beat: O’Rourke has dropped out of the presidential race. What’s he doing to keep busy these days?

Stumping for J Street, for one thing. “Not so long ago, there were issues regarded as off limits by American presidential campaigns,” he says in a fund-raising pitch for the lobby, and he credits J Street for opening up the debate. “Now, with Netanyahu threatening annexation and gearing up for another racist campaign — and Trump as desperate, dangerous and unstable as he has ever been — J Street’s work is more urgent than ever.” O’Rourke’s strident tone is a signal of where one part of the party is headed when it comes to Israel.
Can I get a Jewliani?: Rudy Giuliani, the former New York mayor and current Trump lawyer, defends his statement to New York magazine that he is more Jewish than liberal billionaire George Soros.
Miller’s logic: Stephen Miller, Trump’s immigration guru, says pointing out his ties to white nationalists is anti-Semitic because he is Jewish, and white nationalists are anti-Semitic. Which means he’s calling the 25 Jewish lawmakers who called out his white supremacist ties anti-Semitic. Which means he’s accusing Jews of anti-Semitism, which would appear to meet his definition of anti-Semitism.
The Illinois GOP does see this Nazi coming: Arthur Jones, the neo-Nazi who in 2018 secured the Republican nomination in a suburban Chicago district because the state GOP failed to run anyone in the Democratic-leaning district, wants another go. This time the state party is prepared to stop him.
Worth A Look 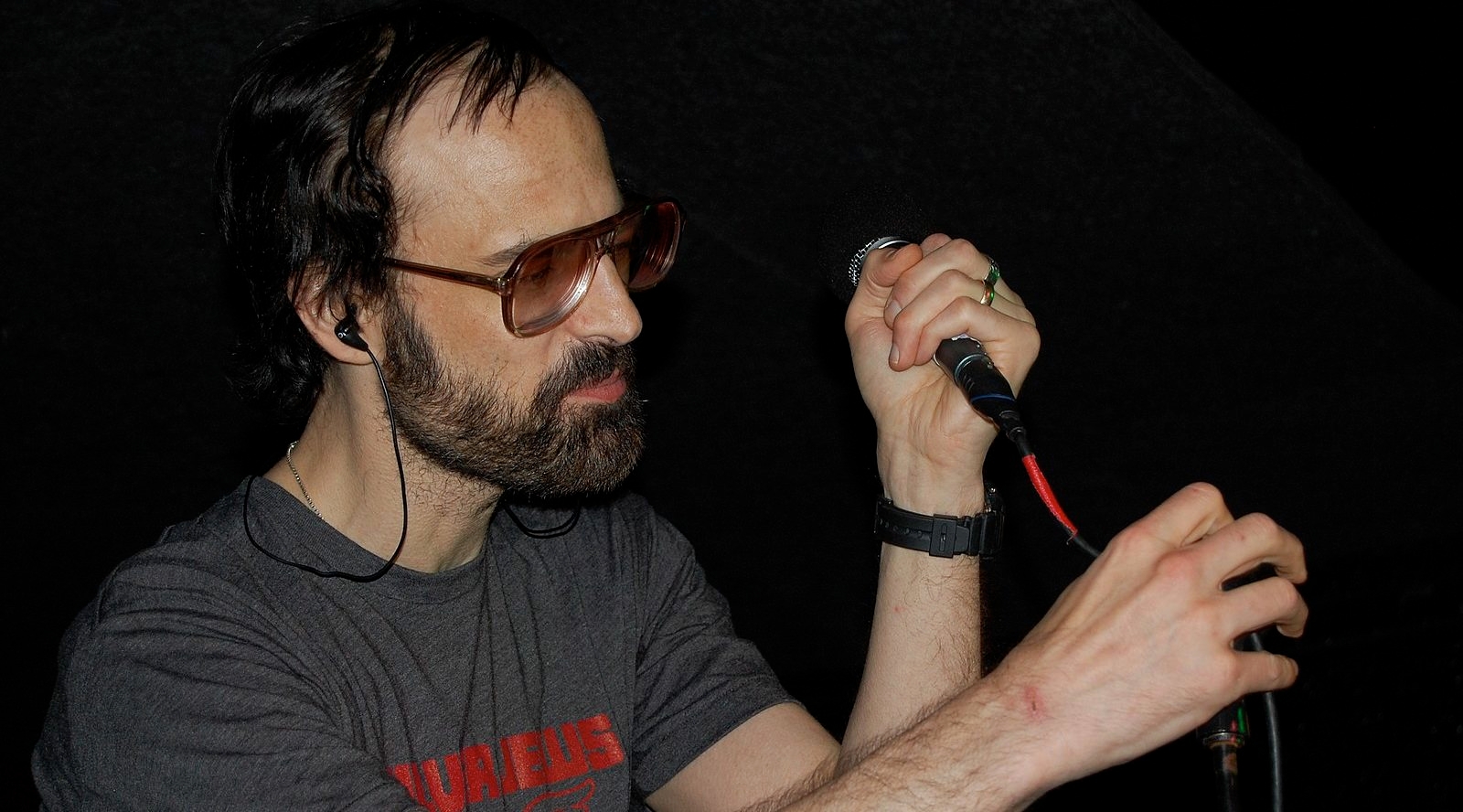 In the New York Times review of those who left us behind, David Marchese contemplates the legacy of David Berman, the songwriter poet and environmental activist who founded The Silver Jews, the indie rock-country fusion band.
Tweet So Sweet

but uh, turns out the other team had a player named Jrue Holiday and he was having a good night

Kate Havard Rozansky, the director of the Maimonides Studies Program and the Tikvah Institute for High School Students, describes her horror when she heard what she believed was an anti-Semitic, anti-Hanukkah curse at a basketball game. It turns out that it was cursing out the New Orleans Pelicans’ player Jrue Holiday … well, read on.