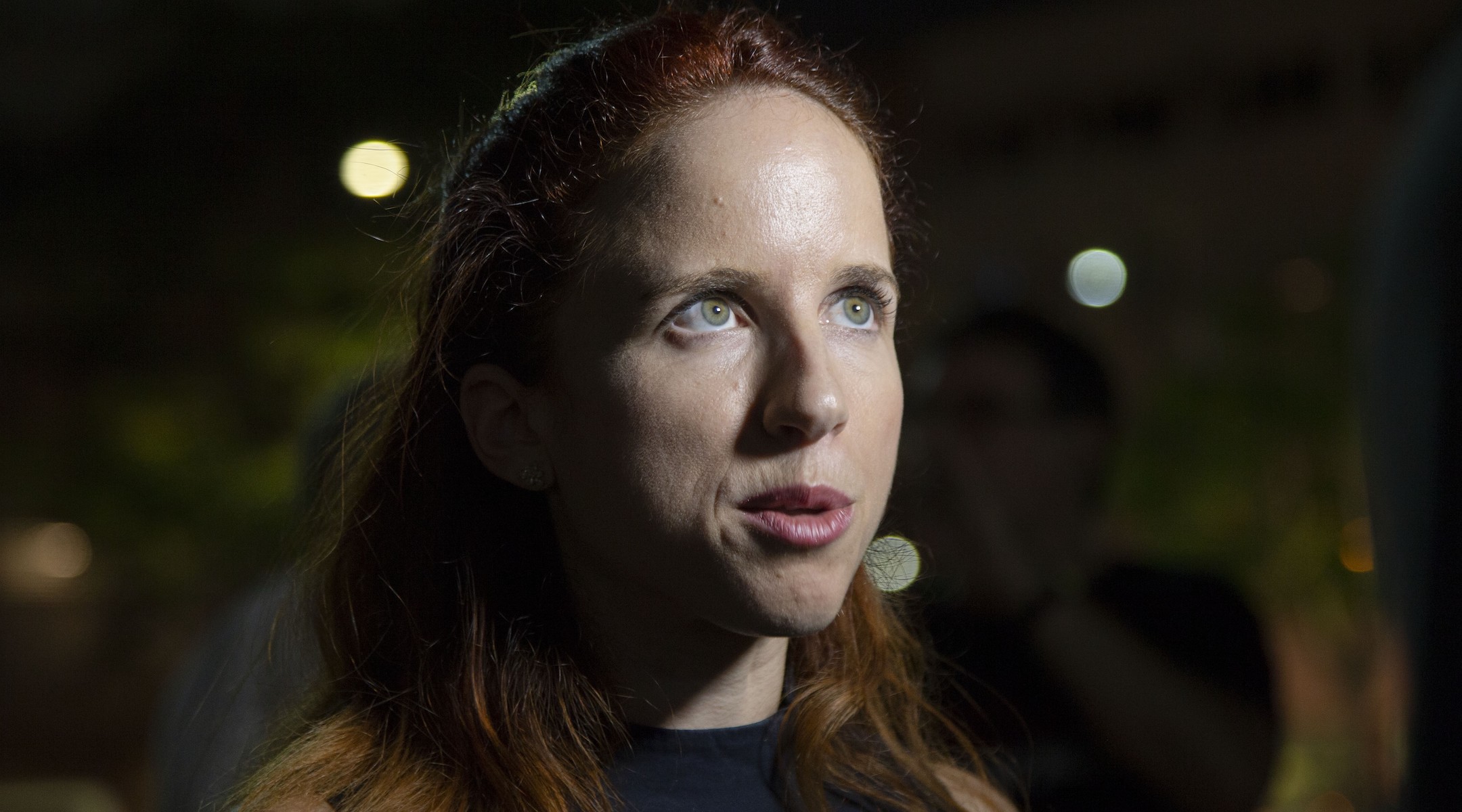 JERUSALEM (JTA) — Less than a year ago, Stav Shaffir’s meteoric rise in Israeli politics seemed like it was continuing ever upward.

Now the outspoken millennial advocate for liberal Zionism and social justice won’t even be running for office, her future uncertain. Her career appears to be a casualty of a realignment on the Israeli left, doomed by her ideological and personal clashes with the old guard of the Labor Party.

Shaffir, 34, first took center stage in Israel as a leader of the 2011 social justice protest movement. A young and passionate woman with fiery red hair, she galvanized the thousands of young Israelis who pitched tents on Rothschild Boulevard in the center of Tel Aviv, one of 120 tent cities throughout the country. The demonstrators turned to a coalition of twentysomethings, including Shaffir, to lead them in protest against Israel’s escalating cost of living and — most acutely — skyrocketing housing prices. As the movement’s spokeswoman, Shaffir gained a national profile.

Two years later, at 27, Shaffir ran for office with the center-left Labor Party and became the youngest-ever female member of Israel’s parliament, the Knesset. She gained notoriety for asking detailed, persistent questions at Finance Committee meetings, repeatedly holding up transfers of money between departments because they weren’t approved by a full Knesset vote. At one point, video caught her being dragged out by a guard as she screamed, “The public doesn’t know what you’re doing!”

“At the beginning I thought my job was to legislate,” Shaffir told the Jewish Telegraphic Agency for a 2014 profile. “When I entered the system, I understood until we change the mechanism, nothing will change.”

She also gained international attention, and liberal pro-Israel leaders in the United States held her up as an example of a more progressive future for the Jewish state. She has been a perennial presence at the annual conference of J Street, the liberal Israel lobby, and in 2016, she spoke at the American Federation of Teachers convention.

Shaffir was to the left of Labor’s older leaders. Last year, with party voters set to elect their leader, she ran against Amir Peretz, 67, who last led the party in 2007. Shaffir split the progressive vote with another candidate who also led the 2011 street protests, and Peretz won. Peretz subsequently merged Labor with a new centrist party.

Shaffir resigned from Labor, and ahead of national elections in September joined the Democratic Union, a new alliance that was anchored by Meretz, a staunchly left-wing party.

But with Israel holding yet another election in March, Meretz has merged with Labor. Shaffir said she had long dreamed of a united Israeli left, but this latest merger has left her in the cold. The combined party’s leaders offered Shaffir a spot so far down on the election list that she likely would not have won a seat in Knesset.

Haaretz reported that Shaffir burned bridges when she quit the Labor Party, making some members eager to settle scores with her. She has been confrontational, according to Haaretz, and made “problematic demands” of Meretz last year.

On Wednesday, Shaffir announced that she would not run in the March election in order not to fragment Israel’s left. So after seven years in office, she will not be returning to Knesset — at least for the time being.

Her news conference was held symbolically on the heavily trafficked boulevard where she pitched her tent less than a decade ago.

“I won’t run in this election, but I will stay in the race for our country,” Shaffir said, vowing to take her fight “to the streets, to the cities, to the neighborhoods, in order to build our tomorrow and come back stronger.”