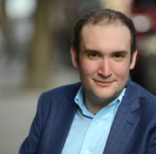 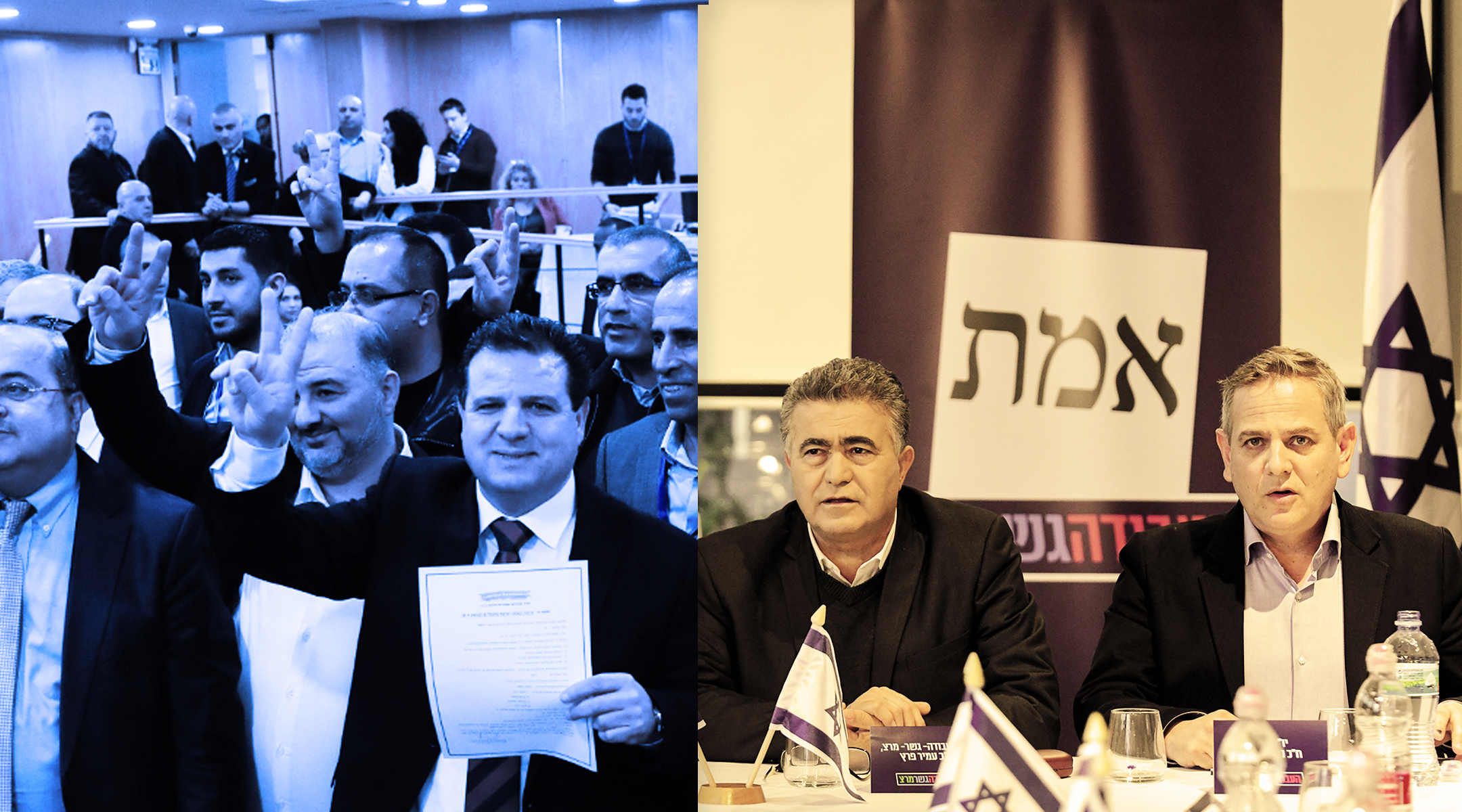 At left, Joint Arab List members present their party list to the election committee at the Israeli parliament in Jerusalem, Jan. 15, 2020. (Olivier Fitoussi/Flash90); at right, Labor Party leader Amir Peretz and Meretz leader Nitzan Horowitz are seen at a meeting of the Labor-Gesher and Meretz parties list in Tel Aviv, Jan. 20, 2020. (Flash 90)
Advertisement

(JTA) — Two center-left parties in Israel merged their electoral lists last week ahead of a submission deadline for the March 2 election. Labor, the “founding party” of Israel, will run with Meretz, a left-wing party long committed to ending the occupation and establishing a Palestinian state. This reluctant alliance likely signals the beginning of the end of the Zionist left as a serious electoral force.

There seems to be only one feasible way now that the left could surge back to relevance: teaming up with the anti-Zionist Arab parties.

As several commentators in Israel observed, the joining of forces was primarily a means of survival. In the last election, in September — the one in March will be the third vote in less than one year — Labor and Meretz ran separately and received a cumulative nine seats out of 120 in the Knesset. If the parties ran again separately, they risked not attracting enough votes to be elected to the Knesset at all.

Such a result once would have been unthinkable. From the state’s founding until 1977, the Labor Party (sometimes labeled Mapai or The Alignment) led every Israeli government. As recently as 1992, the Zionist left — then, as now, represented by Labor and Meretz — won 56 seats in the Knesset. But since the last Labor-led government collapsed shortly after the collapse of peace talks with PLO and the start of the second intifada, the Israeli left has struggled to remain competitive.

Among the country’s dwindling camp of peace activists, the Labor-Meretz merger was met with a cool reception. Despite the danger that one or both parties would not cross the electoral threshold, many believe that a crucial opportunity to form an “Arab-Jewish partnership” party was missed.

Instead, Labor-Meretz and the Joint List, the conglomerate of parties representing Israel’s Arab population, will compete against each other for the votes of Israelis — Arab and Jewish — who do not see Benny Gantz, the former Israeli military leader who leads the centrist Blue and White party, as a real and substantive alternative to Benjamin Netanyahu and his Likud party.

Much has been written about what an Arab-Jewish partnership might look like. Indeed, in some ways, it already exists in the form of the Joint List itself: Hadash, its largest constituent party led by the List’s chairman, Ayman Odeh, is neither officially Jewish nor Arab, but a non-Zionist movement encompassing Israel’s Communist Party (Maki).

Still, a unified political movement committed to building a shared society remains elusive. But if trends continue, the Zionist left may not have much of a choice but to join forces with like-minded Arab Israelis, or perhaps even be led by them.

Among the Jewish population in Israel, the traditional ideals and policy priorities of the left are not realistic or particularly pressing. In terms of the peace process with the Palestinians, the left’s goal of a two-state solution is seen as a pipe dream at best and a potentially dangerous delusion at worst.

On domestic issues related to democracy and the dilemma of Arab minorities in the Jewish state, the chasm between the left and the center and right, where most Jewish Israelis have their political home, is wide. A glance at surveys of younger Jewish Israelis quickly throws cold water on the notion that the Zionist left has much of a future operating in a sectarian environment in which it is simply unimaginable that Arab-Israeli non-Zionists could wield political power.

This is why the Zionist left has not served as the main opposition to Likud-led governments in over a decade. In its place, a succession of centrist parties and coalitions have tried and failed to unseat Netanyahu since he returned to power in 2009. Gantz has come the closest, denying Netanyahu a majority coalition in two consecutive elections in 2019. Now, however, the left barely has the electoral strength to even serve as an ancillary force to the centrist opposition.

If the Zionist left is to survive, it clearly must come to terms with the immediate reason for its decline: It no longer has enough support among Israeli Jews to sustain itself for much longer on the traditional model of Israeli governance, which excludes Arab-led political parties.

The future of the Israeli left — in better times called the peace camp —  will depend on Jewish and Arab progressive leaders finding a compromise between progressive Zionism and non-Zionism. It will take immense bravery and humility on both sides, but there is no other choice, save for the political grave.

Abe Silberstein
has written on Israeli politics and U.S.-Israel relations for The New York Times, Haaretz, the Forward and The Jerusalem Post.
The views and opinions expressed in this article are those of the author and do not necessarily reflect the views of JTA or its parent company, 70 Faces Media.