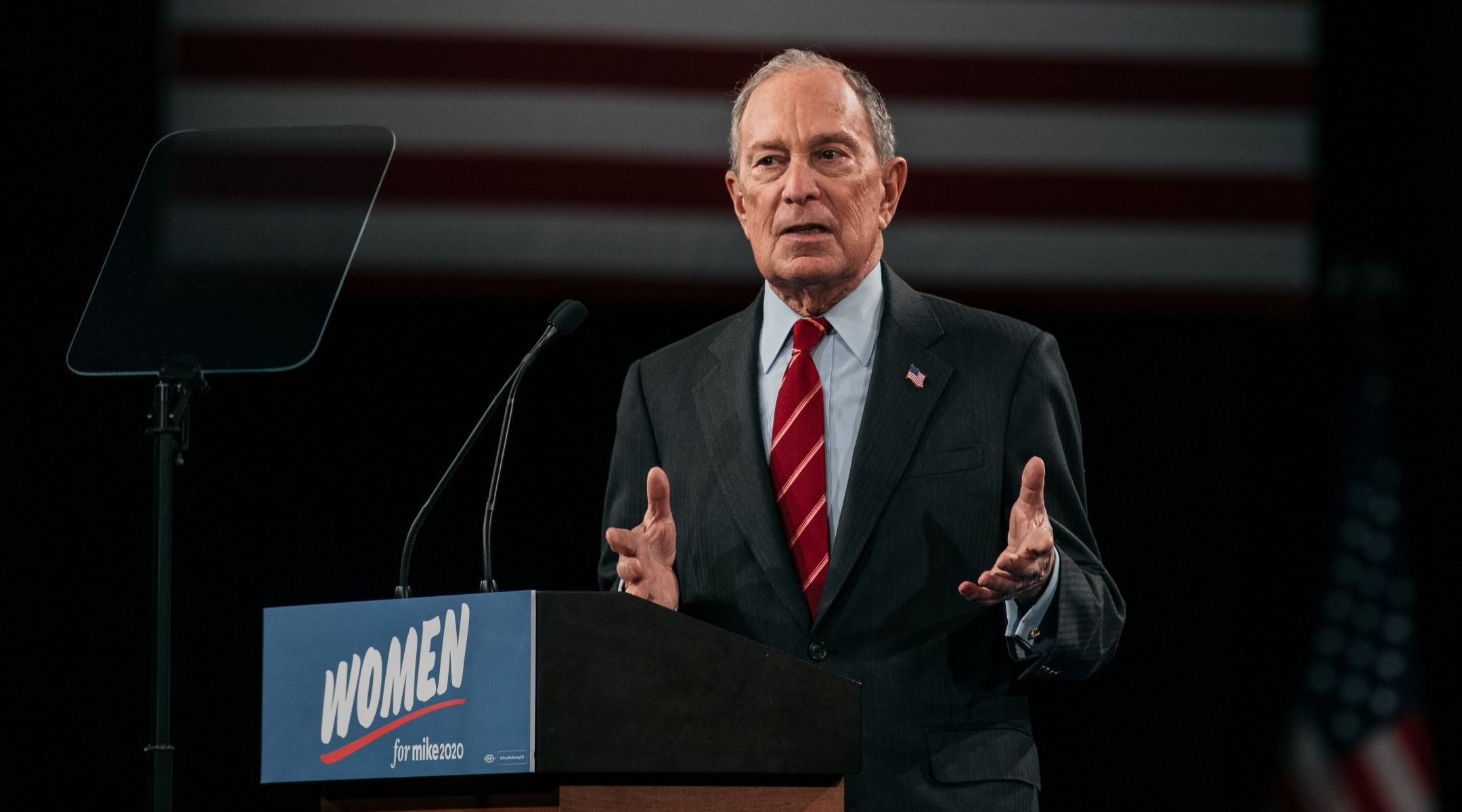 WASHINGTON (JTA) — We ran a story last week on where the top seven Democrats running for president stood on Iran policy.

Try as we could, we could not pin down a position for Mike Bloomberg, the former New York mayor who was not included in the last debate, where he might be forced to elaborate a position on one of the burning issues of the day. (He has high enough polling numbers to qualify for a debate, but has not crossed the outside contribution threshold set by the Democratic National Committee because he is bankrolling his own campaign.)

The story noted that in 2015, Bloomberg was skeptical of the emerging nuclear deal that traded sanctions relief for Iran for a rollback in its nuclear program. And he was peeved by the way President Barack Obama sold it to the public, which Bloomberg decried as divisive.

After the Jewish Telegraphic Agency published the story, a spokesman for the candidate got in touch to clarify where Bloomberg stands today.

“Mike was initially against the Iran deal but thinks it was a mistake for President Trump to unilaterally walk away from it,” the spokesman said.

Trump abandoned the agreement in May 2018 over the objections of the other parties: Russia, China, Britain, France and Germany.

“While the agreement was not perfect — it did not address Iran’s ballistic missile program, and it gave the regime political cover to step up its aggression in the region — the U.S. had an obligation to keep its word once the agreement was in place,” the spokesman said. “The U.S. withdrawal has allowed Iran to abandon its own obligations under the deal and has left the world with few tools to stop it.”

The spokesman also said what Bloomberg would do to redress Trump’s withdrawal from the deal, known as the Joint Comprehensive Plan of Action, going into more detail than most of the other candidates.

“The first thing to do is re-establish the coalition that realized the danger of Iran marching toward a nuclear weapon. Collective pressure will be needed to change Iran’s behavior,” the spokesman said. “This should be the starting point for the use of diplomacy. We should also be prepared to employ the leverage that sanctions have provided.

“Next, Iran must come back into compliance with the JCPOA requirements. That will require addressing the advances it is likely to make between now and next year — advances that could shrink its breakout time. After rejoining, in order for any new arrangement to be sustainable, we must also be ready to address other inadequacies in the deal, which include the need to extend fast-approaching sunset clauses, curtail Iran’s ballistic missiles, end its destabilizing regional activities and institute more intrusive monitoring.”