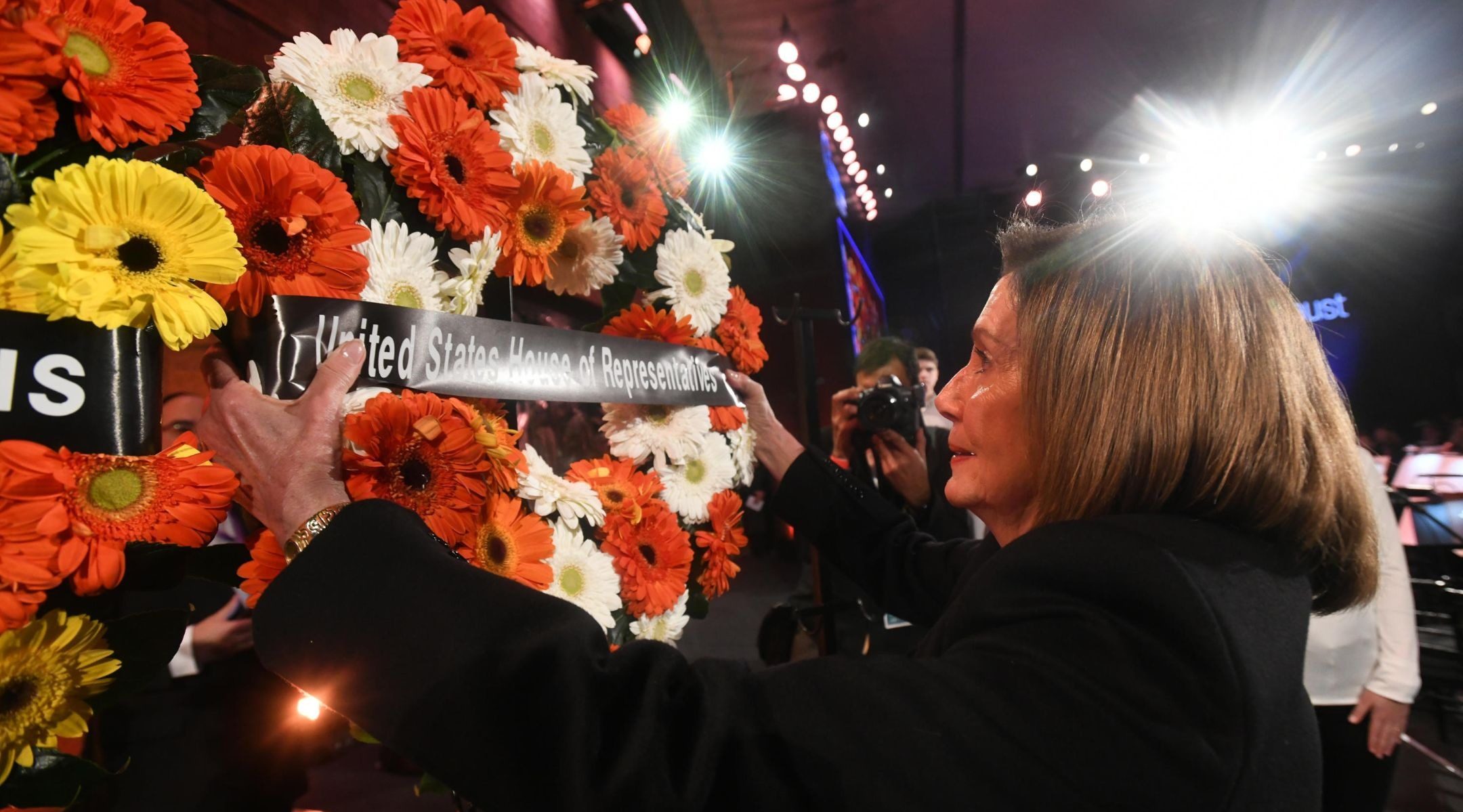 WASHINGTON (JTA) — In proclamations and in visits to Poland and Israel, President Donald Trump, Vice President Mike Pence, U.S. House of Representatives Speaker Nancy Pelosi and an array of lawmakers and government officials marked the 75th anniversary of the liberation of Auschwitz with pledges to combat rising anti-Semitism and protect Israel.

Trump on Friday released a proclamation marking the liberation’s anniversary, which will be on Monday. “We remember the six million Jews who perished in the Holocaust and pay tribute to the American soldiers and other Allied Forces who fought tirelessly to defeat the Nazi regime,” Trump said. “We also recommit ourselves to the fight against anti-Semitism and to the two words that cannot be repeated often enough: Never Again.”

Trump also committed to protecting Israel. “As I have said in the past, the State of Israel is an eternal monument to the undying strength of the Jewish people,” he said. “To those who will seek the destruction of Israel and the Jewish people, we say: Never Again.”

Pelosi, an aide told the Jewish Telegraphic Agency, met beforehand with an Auschwitz survivor to better understand the death camp as she toured it.

In remarks Thursday to a European Jewish Congress dinner in Jerusalem, Pelosi recounted her long history of associations with pro-Israel and pro-Jewish causes, from the pre-state advocacy for a Jewish state by her late father, U.S. Rep. Thomas D’Alesandro, to her role before her political career in establishing a Holocaust memorial in San Francisco and her advocacy on behalf of Soviet Jewry.

She recalled specifically protesting the imprisonment of the refusenik who is now her counterpart, Knesset Speaker Yuli Edelstein, and who was present at the dinner.

“My experience was in my home city of San Francisco and only several years before I was in Congress,” she said. “We would hold up his picture. He had a little beard, long hair and the rest — so cute — and we would hold up his picture and chant his name to free him — to ‘free Yuli, to free Yuli’. It was part of our whole program to free the refuseniks. He was the personification of it.”

Democrats in their remarks tended to emphasize the threat of anti-Semitic violence in the United States and Europe, while Republicans focused on the threat to Israel, although officials from both parties at least alluded to both issues. 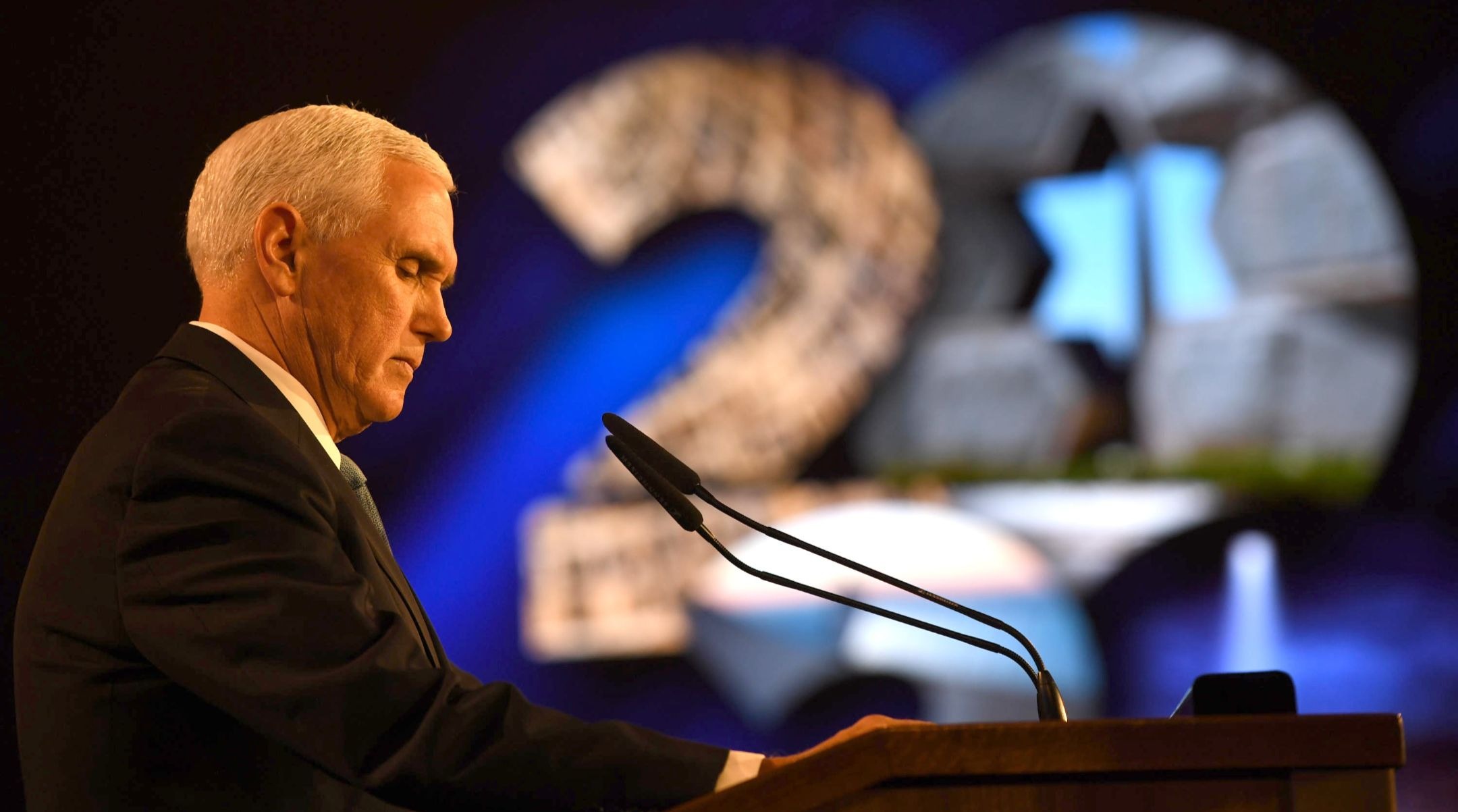 Pelosi gave over the weekly Democratic radio address to Rep. Brad Schneider, D-Ill., a Jewish Chicago area congressman who was part of her delegation.

“A key lesson of the Holocaust is that we cannot remain silent in the face of rising antisemitism,” Schneider said. “Right now, that lesson is more important than ever, in the face of a dramatic increase in antisemitism around the world, and specifically here in the United States.” Schneider listed violent and at times deadly attacks over the last two years in Pittsburgh, Poway, California, Jersey City, New Jersey and Monsey, New York.

Lawmakers in Congress also timed the introduction or advancement of Holocaust-related bills with the Auschwitz anniversary.

Separately, Rep. Carolyn Maloney, D-N.Y., and Rep. Don Bacon, R-Neb., will on Monday hold a press conference to urge the advance of their Never Again Holocaust Education Act, which would provide Holocaust education materials to schools.

The resolutions and the bill have the backing of an array of Jewish and Holocaust remembrance organizations.