In Warsaw, elderly Poles who rescued Jews during the Holocaust have a free taxi service 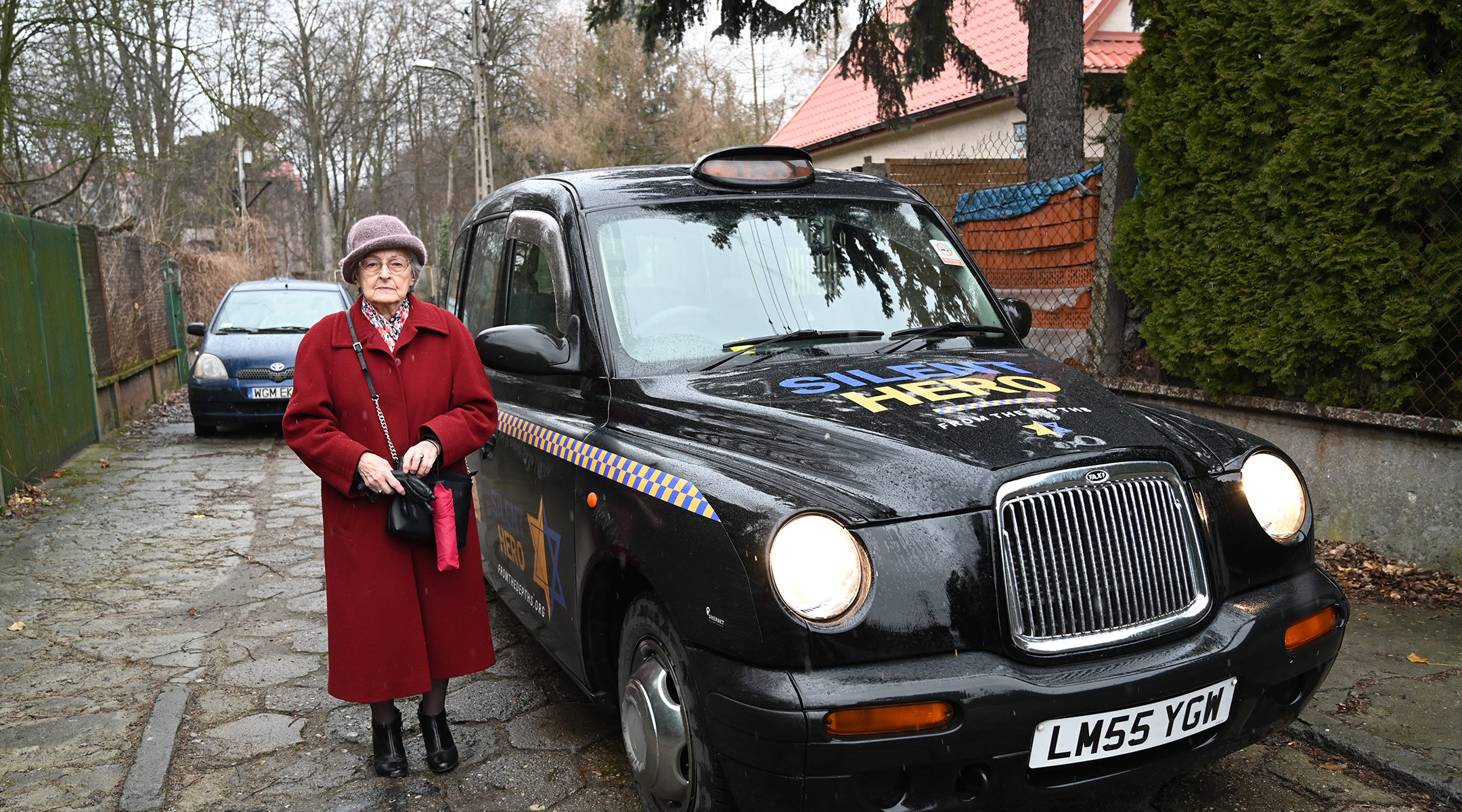 Anna Stupnicka-Bando, the 90-year-old president of the Polish Association of the Righteous Among the Nations, gets set to enter one of the taxis for saviors of Jews, in Warsaw, Poland, Jan. 29, 2020. (Cnaan Liphshiz)
Advertisement

WARSAW, Poland (JTA) — Outside one of this city’s many brutalist apartment buildings, passersby stop to stare at and photograph a London-style taxi emblazoned with large Star of David symbols.

Some seem puzzled by the out-of-place sight. Others look delighted to encounter something they’ve seen or heard about in the news: One of Warsaw’s four limousines that for the past year have been providing free transportation to dozens of senior citizens who risked their lives to save Jews during the Holocaust.

The project, called the Silent Hero Taxi Service, has changed the lives of many of these aging rescuers. They’re making daily use of an amenity that has become indispensable in a sprawling, congested city with relatively poor public transportation services.

Krystyna Kowalska, an 88-year-old widow who as a teenager helped her parents harbor and save a Jewish family of four, calls the cabs a “miracle.”

Before the taxis entered her life, she would take several buses to get from her small apartment in the residential area of Stary Mokotów to the cemetery where her son, mother, father and brother are buried.

“It would take half the day to get there,” said Kowalska, who was recognized in 1994 by Israel’s Yad Vashem Holocaust museum as a Righteous Among the Nations, a title given to non-Jews who risked their lives to save Jews from the Nazi genocide. As Kowalska’s health deteriorated — she is going blind and uses a walker to get around — she stopped visiting the cemetery.

Kowalska, an introverted and private person, said she had to ask others with relatives at the cemetery on the other side of the city to weed the graves of her loved ones.

In a country where the monthly old-age pension is about $555, Kowalska, whose only son has died, could not afford a taxi without sacrificing her meager allowance for medications and heating.

“I can go whenever I want now,” said Kowalska.

She also uses the taxi to visit the offices of the Polish Association of the Righteous Among the Nations — a rather small space in the city center, but one which is easily accessible to the aged and disabled and also functions as a social club to help prevent loneliness.

Another Silent Hero regular is 100-year-old Jozef Walaszczyk, the oldest of the approximately 200 Righteous Among the Nations still alive in Poland, where 6,992 rescuers have received the title. He is a former industrialist and underground fighter whose love affair with a Jewish woman wanted by the Gestapo led him to rescue her and 52 other Jews during the Nazi occupation of Poland. 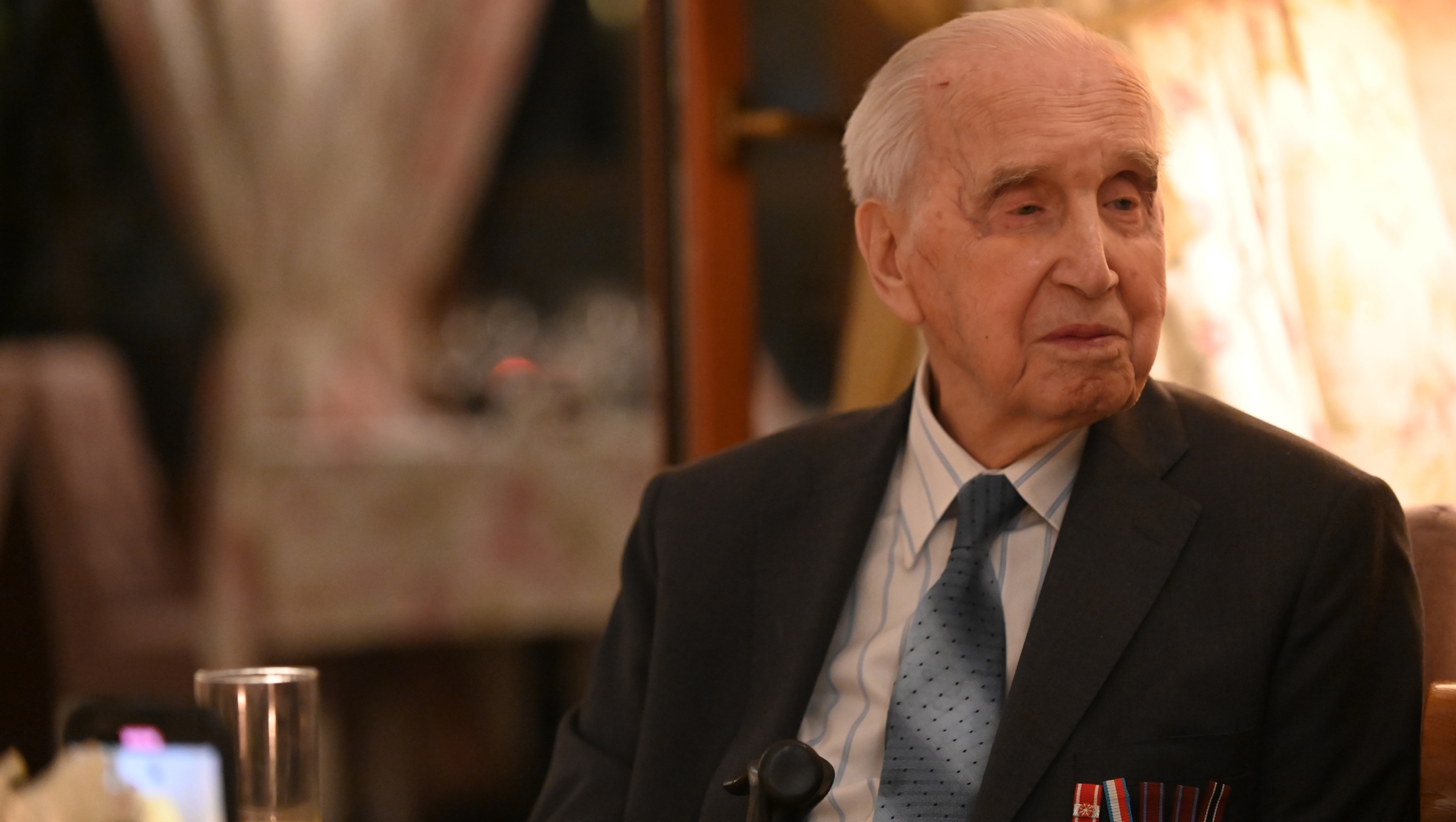 Even at his age Walaszczyk, a gallant man who likes to wear three-piece suits, can still move around independently, and has the mental acuity to write and edit his memoirs. He also enjoys the occasional restaurant outing.

Both he and Kowalska enjoy chatting with the Silent Hero service’s chief driver and head of logistics, Oliver Wangart.

“It’s like hanging out with a college buddy,” Walaszczyk said of his rides with the 24-year-old Wangart.

The driver said “it’s like having a few extra sets of grandparents.”

In previous driver jobs, Wangart said his clients treated him “like part of the furniture.”

“It’s not like that with the Righteous. They really see me,” he said.

Last month, a rescuer in his 90s called the Silent Hero service to ask if he could be picked up right away.

“I said yes and asked whether there was any emergency,” Wangart recalled. “He told me he thinks he has had a heart attack but would rather I come get him instead of an ambulance.”

Wangart sped through Warsaw that night and the man recovered from his cardiac episode.

The arrival here of the taxis, which Jewish cab owners in London donated for this purpose, made a splash in the local media a year ago — including the TVP national television station and the popular WP news site. It was organized by From the Depths, a Holocaust commemoration group that Jonny Daniels, an Israeli-British 34-year-old activist, established in Poland in 2015.

A year on, media interest in the taxi project has disappeared, and Daniels said he understands why some may have thought of the project as a media stunt: Some of his previous projects include partnering with professional weightlifters to move headstones of Jewish graves so they may be better preserved, and touring the former Warsaw Ghetto with the retired boxing champion Mike Tyson.

But as it has changed some of the rescuers’ lives, From the Depths is looking to raise funding to expand to other cities, Daniels said. The taxis ride about 72 hours each week, for now only in Warsaw.

“It’s heartbreaking that after all these heroes have done for us, we struggle to raise the funds we need to keep the taxis going,” he said.

Daniels drove the cabs — complete with rear-opening back doors and spacious interiors — by himself from London, which is about 1,000 miles west of the Polish capital.

Jewish cabbies gave him the cars without charge because transportation regulations make it impossible to use the cabs commercially after a certain mileage. Daniels got mechanics to repair and refurbish the cars for menial costs, and sometimes for free.

The Silent Hero project is part of growing interest on the Righteous in Poland, which has the world’s highest number of recipients of that title— a quarter of the 27,362 Righteous recognized worldwide.

Part of that interest in Poland and beyond seems to be rooted in the fact that soon none of them will be around to tell their inspiring stories. 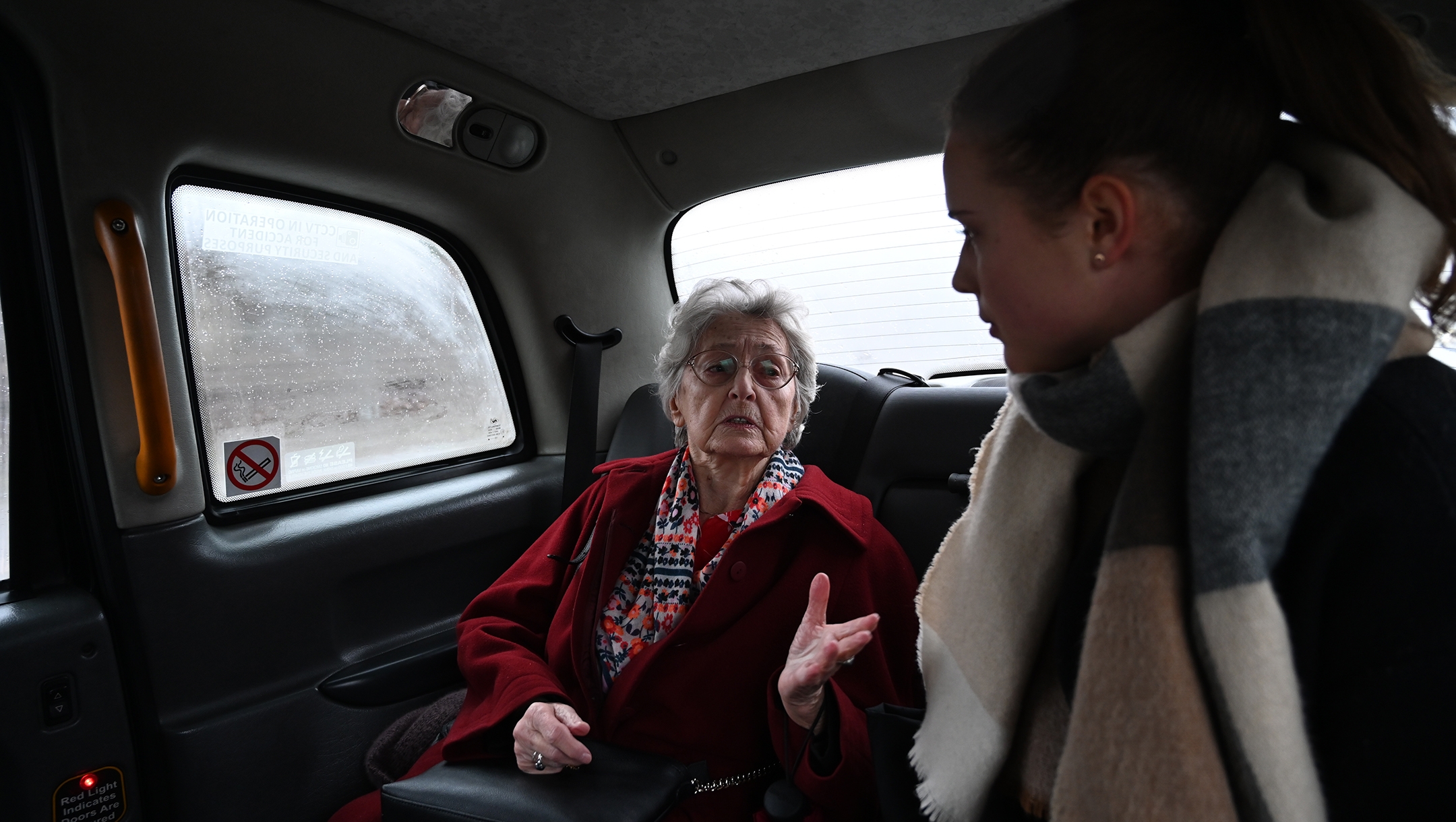 Anna Stupnicka-Bando in one of the Silent Hero taxis in Warsaw, Jan. 29, 2020. (Cnaan Liphshiz)

But another part of it, according to some critics, owes to a preference by many citizens and the country’s current government to highlight the heroism of the non-Jews and downplay the prevalence of Poles who collaborated with the Nazis and betrayed their Jewish neighbors.

In 2018, Prime Minister Mateusz Morawiecki said that Warsaw alone had 90,000-150,000 people who risked their lives to save Jews. His remark was in defense of a controversial law passed that year which outlawed accusing the Polish nation of complicity in Nazi crimes, even though historians agree that many thousands of Poles killed Jews during or shortly after the Holocaust.

Also in ’18, Morawiecki’s government opened a museum for Polish rescuers.

Anna Stupnicka-Bando, the 90-year-old president of the Polish Association of the Righteous, also uses the taxi service. She saved several Jews with her mother and said she believes that Poland had more rescuers than collaborators and traitors.

Stupnicka-Bando stresses that this is “only my personal belief,” since there are no definite numbers for either category.

Regardless of the potential politics surrounding it, Walaszczyk is enjoying the service while he can.

“It’s practical and convenient,” he said, “but it’s also about receiving recognition. It’s a nice feeling.”