In quarantined Chinese city, Israeli dad documents how his family is dealing with the coronavirus scare 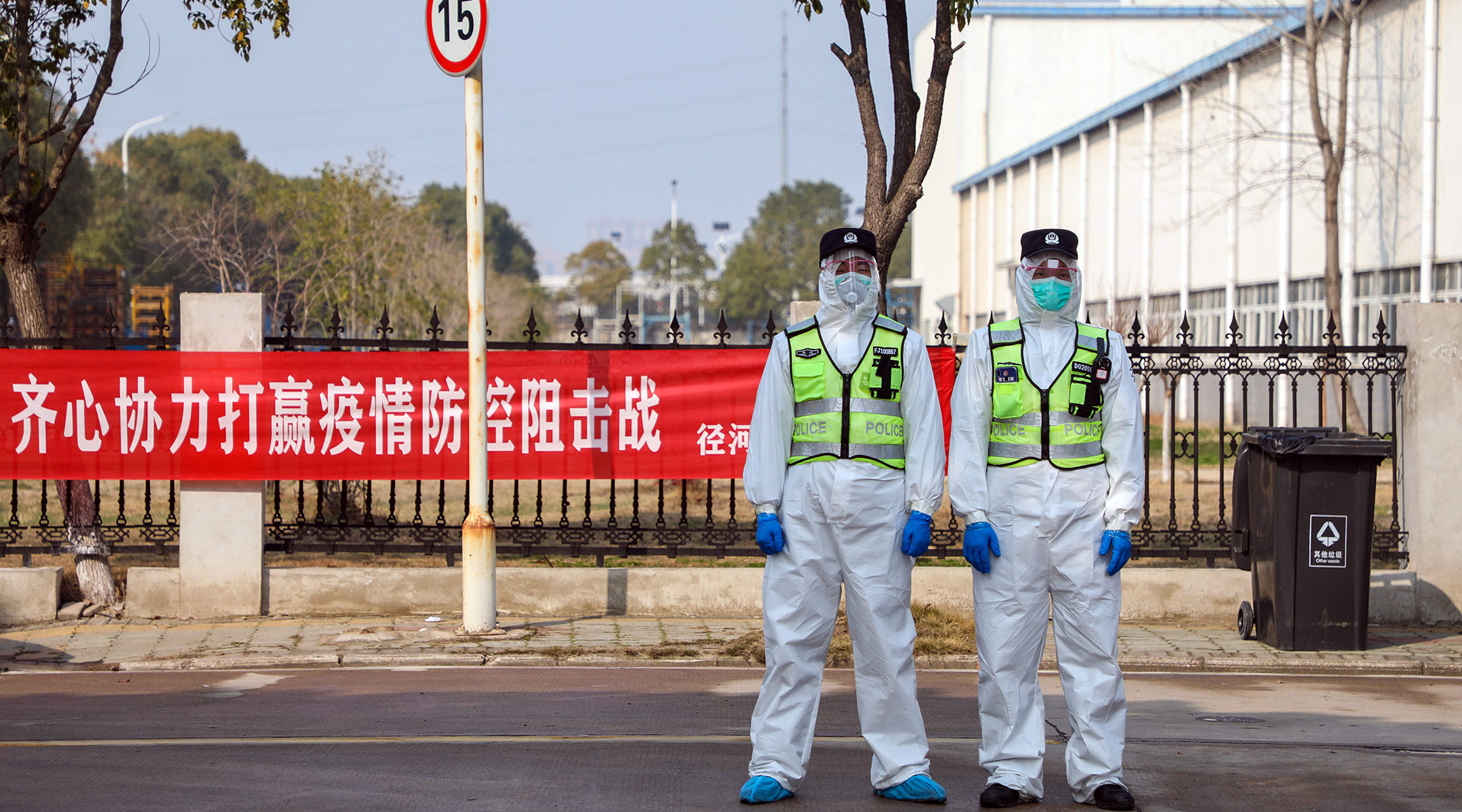 (JTA) — Like many parents when their small children are a bit under the weather, Ofer Dekel measures his boy’s temperature frequently.

But in Dekel’s case, his concern for his son Liam is exacerbated by living at the epicenter of the coronavirus epidemic: Wuhan, China.

Dekel, a 56-year-old businessman originally from Haifa, Israel, has lived in Wuhan for many years with his Chinese wife, Nana, who is the mother of his two youngest children, both of who are under 10.

Authorities have placed the city under lockdown to stop the virus’ spread. Anyone whose temperature rises higher than 99.32 degrees Fahrenheit is sent to large quarantine centers.

On Friday morning, Liam’s temperature rose to close to 99 degrees.

“I will do whatever I can so that we spend this Shabbat together at home,” Dekel wrote on Facebook.

Dekel has been writing on the social media site in Hebrew several times a day about the situation, giving an intimate view, complete with videos and photographs, of how his Chinese-Israeli family is coping. He worries about Liam’s temperature, isolation, caring for his lonely neighbors and friends and securing supplies with minimal interaction with the infected outside world.

“We just heard the decision was changed: There won’t be house inspections to not risk transmitting the virus. We’re required to report daily if anyone’s temperature raises beyond 37.4 °C [99.32 °F]. That pressure’s off,” he wrote Friday. His followers responded with hundreds of tips on how to keep the boy’s temperature down.

Earlier this week, Dekel wrote about running a high fever himself and his worry that he had contracted the virus. The fever eventually broke, appearing to be nothing more serious than a common flu.

As of Friday, Chinese government figures showed the virus had killed at least 636 people and infected at least 31,161, and many believe those official statistics are far from complete, The New York Times reported. The fatality rate for Hubei province, where Wuhan is located, as a whole was 2.8 percent as of Thursday.

The scare has prompted several major airlines, including KLM and Air France, to suspend flights to all of China, affecting trade. The virus has spread to other countries in Asia and beyond.

People with a fever in Wuhan are now moved to an observation center, where health ministry personnel determine who has the virus and who has an unrelated fever and can be discharged.

“The problem is that in the observation facility, one is surrounded by hundreds of sick people, some of them are bound to be infected with the virus,” Dekel wrote. “I can’t imagine seeing my boy transferred to such a facility.”

Dekel’s family has been required to stay indoors for the past 16 days, and have had only a few brief opportunities to go outside to stock up on food. On Thursday, Dekel wrote humorously about the “miracles” that his family is blessed with while inside. One was the “Bamba miracle” — the discovery of a forgotten bag of the popular Israeli peanut-flavored corn snack.

Another was what Dekel called “the mask miracle.”

“Nana cleaned the closets and found a surgeons mask and goggles that she forgot she’d even bought, at the time to protect her face while cooking,” he wrote. “Thanks to that mask, Nana can go outside and stock up on food. We’re not hungry here but food is running out and we need to buy. There are no home deliveries. Nana will be able to come out protected and bring back food.”

Tensions are beginning to form around Dekel’s vegetarianism, which is a challenge because it means he can’t eat canned meat.

In one passage about this, Dekel wrote:

“‘You’re causing food problems,’ Nana says tiredly before we turn in. ‘All the yummy food is for you because you don’t eat meat. Vegetables are as rare as diamonds now, and you get to have 80% of the diamonds.’”

Last week, residents organized a solidarity action in which millions of people stood near their shut glass windows in the evening, and chanted: “Wuhan jia yu,” which translates to “Go, Wuhan, go,” Dekel wrote.

The gesture, which thundered through the city’s deserted streets and into its residents’ homes, moved him to tears, he wrote.

On Jan. 24, Dekel and Liam flew an Israeli flag outside their window after hearing that Israel is not aware of any Israelis living in Wuhan.

“I want people to know we are here and that Israel is also a part of this,” Dekel wrote.