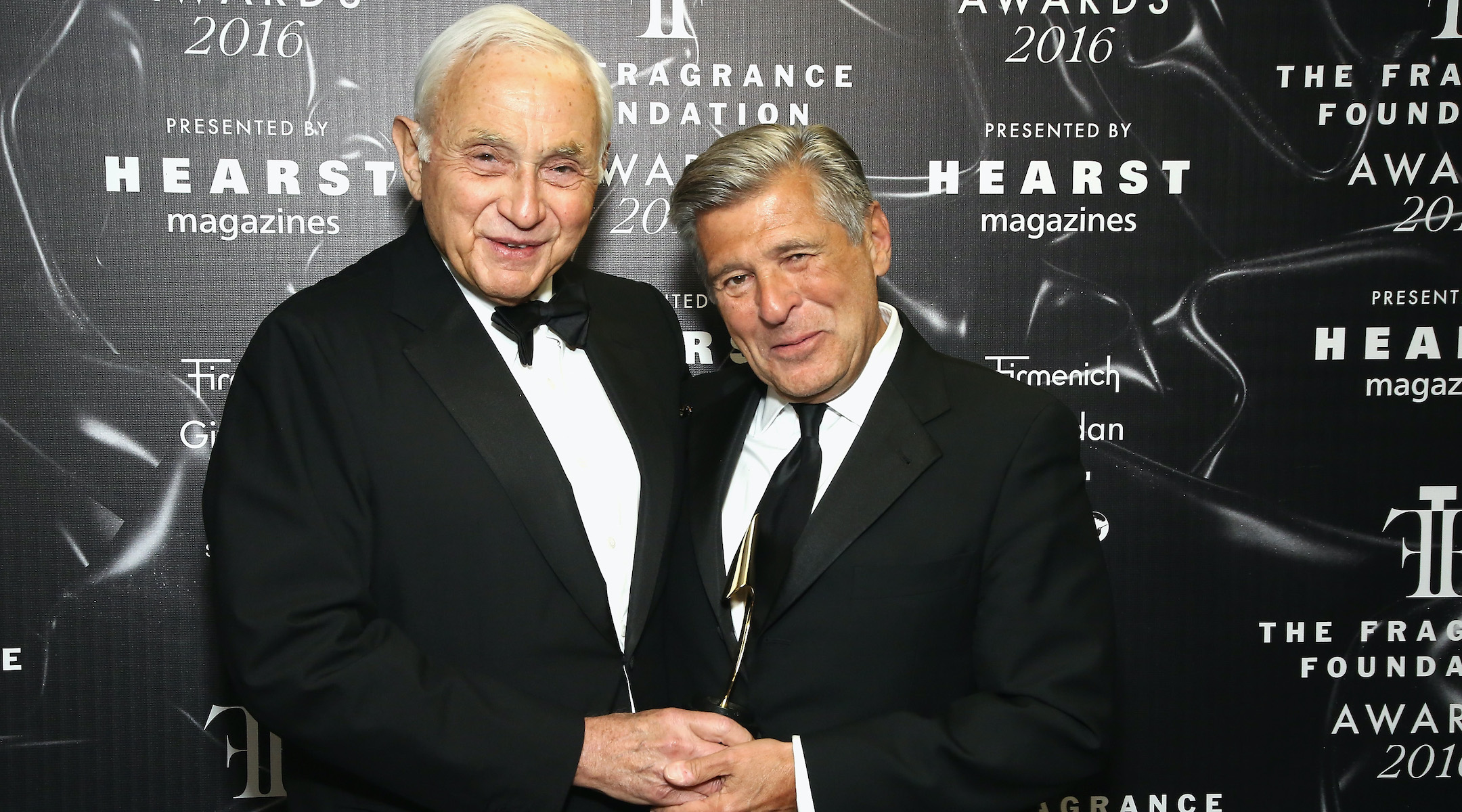 NEW YORK (JTA) —Like many recipients of the Wexner Graduate Fellowship, Avigayil Halpern depends on the stipend to cover her living expenses. Halpern, 23, uses her scholarship money to pay for food and rent while she pursues rabbinic ordination through Yeshivat Hadar, an egalitarian Jewish educational institute in New York City.

Shortly after Halpern found out she had received the prestigious fellowship last year, its founder, Leslie Wexner, landed in the news because of his close ties to Jeffrey Epstein, a financier and convicted sex offender who later committed suicide in jail.

Then, this week, the New York Times reported about a culture of sexual harassment and bullying of female employees and models at Victoria’s Secret, the lingerie brand owned by Wexner’s L Brands. The article alleges misconduct at the hands of an executive, Ed Razek, and says employees who reported the misconduct to Wexner said they did not see any action taken as a result. Employees also alleged that Wexner himself made offensive comments about women, according to the article.

The new article has renewed Halpern’s discomfort about benefiting from Wexner’s philanthropy.

“It hurts to read these things,” Halpern said. “I’m a woman in my early 20s. I’ve experienced sexual harassment. I know what that feels like, and to think about the ways in which I might be contributing to upholding the reputation of someone who’s been contributing to that behavior is really horrifying.”

Halpern said the breadth of Wexner’s giving deepens her concerns.

“It creates a class of Jewish leaders who are in some ways beholden to Les Wexner, and I worry about what the impact of that is going to be,” she said.

The foundation did not respond to requests for comment by the Jewish Telegraphic Agency. In August 2019, it released a letter from Wexner himself addressing his relationship with Epstein. “To be clear, I never would have imagined that a person I employed more than a decade ago could have caused so much pain,” Wexner wrote. “I condemn his abhorrent behavior in the strongest possible terms.”

Wexner’s impact goes far beyond any one program. His foundation has also given millions of dollars to Jewish causes in the United States and Israel. The United States Holocaust Memorial Museum has a center named after him. And his influence is particularly large in his home city of Columbus, Ohio, where a Jewish nursing home and a center at the Hillel at Ohio State University are among the many institutions bearing his name.

But it is the fellowship programs that are perhaps inducing the most soul-searching among beneficiaries of Wexner’s largesse. The prestigious Wexner Graduate Fellowship/ Davidson Scholars Program, founded in 1988, has more than 570 graduates working in synagogues, schools, nonprofits, and other Jewish institutions.

Yehuda Kurtzer, president of the Shalom Hartman Institute of North America and a past fellowship recipient, addressed the New York Times report in a lengthy public Facebook post on Sunday.

“Many of us have felt since the Epstein stories started breaking that we had to engage in some reckoning with our adjacency to this scandal and all that it represented, as beneficiaries of Les Wexner’s wealth, our bios and reputations marked with his name,” he wrote. He added that he had cautioned against reckoning publicly in the past but now felt compelled to do so.

Kurtzer said that he does not view money as “tainted” but said he regretted “participating in the limited set of activities that involved lionizing Les himself,” such as the foundation’s 30th-anniversary party that was held in an airplane hangar. He also called for a greater separation between the Wexners and the fellowship.

“The most legitimate thing that the Wexners can do right now for the benefit of their historically valuable nonprofit work is to endow the Foundation either with money now or with a set of binding long-term pledges; to step aside from its board, or flood it with outsiders who have equal votes; to give over all autonomous leadership of its direction to its capable professional leaders; and to cement the Chinese wall that will make clear that that charitable work is not defined by, and should not continue to reverberate from, whatever is revealed from any ongoing investigations,” he wrote.

Similar debates have played out recently following scandals around other Jewish megadonors. Some institutions are no longer accepting donations from the Sackler family, the Jewish family whose pharmaceutical company is at the center of the opioid crisis, and allegations last year that Michael Steinhardt, the billionaire who helped establish Birthright, had sexually harassed women, raised questions about his role in funding organizations in the Jewish community.

One person who responded to Kurtzer’s post said she was sorry he had missed a robust conversation on the topic at this year’s convening of Wexner fellowship recipients.

Many recipients of Wexner’s giving have not yet joined Kurtzer in speaking publicly. Most institutions to which JTA reached out for this article did not respond. And many past and present fellows contacted by JTA did not respond or said they did not want to speak on the record.

One current fellow agreed to speak anonymously, saying he worried speaking publicly could damage his career prospects. He said that the latest report “confirms a lot of the nervousness and displeasure” that he had felt when he read the reports about Wexner’s ties to Epstein last year.

“If the culture of Victoria’s Secret is filled with misogyny, is that something that we want to replicate in the American Jewish community?” he asked. “What does it say that something that this foundation has looked to as source of leadership that who they look to as a leader has these stories coming out about him?”

The fellow said that prior to the stories coming out, he had been “very excited” about the program.

“I think this has cast a large shadow over the fellowship, not just for myself but also for others,” he said. “Now when I talk about being a Wexner fellow, the name Wexner is also associated with these stories that are coming out in the New York Times. Now the name Wexner is associated in some ways with the name Epstein.”

Those who are engaging publicly with the latest report said it provides a new chance for reflection.

“To me it’s an opportunity to take a step back and look at the web of corruption that we’re all a part of and say ‘OK, me, my particular self, what are the one or two ways that I’m in a position to push the needle on whatever kind of issue away from abuse and towards justice, even just a little bit?’” said Rabbi Sarah Mulhern, a Wexner fellowship graduate and faculty member at the Hartman Institute.

Mulhern sees part of her answer to that as “committing to pushing the community to have this conversation — and specifically to commit to pushing them to have it in a Jewishly rooted way.”