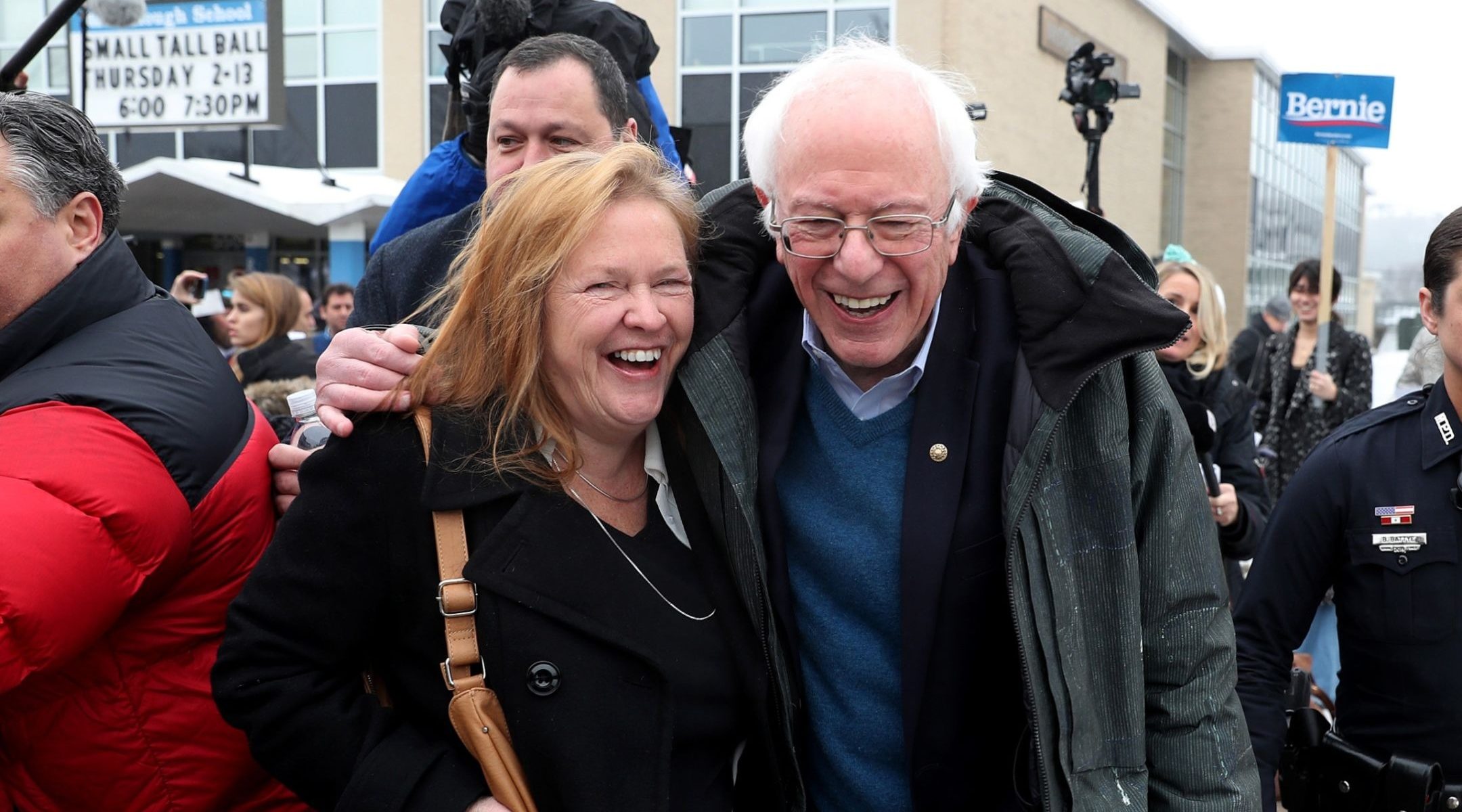 WASHINGTON (JTA) — Bernie Sanders and Mike Bloomberg have much in common besides running for the Democratic nomination for president: They’re in their upper 70s, had hardscrabble upbringings and have had contentious relations with the party whose endorsement they now seek.

And both are seeking the chance to make history as the first-ever Jewish presidential nominee.

Sanders, the Vermont senator, made a strong bid for the Democratic nomination four years and has sustained his avid supporter base into this campaign. Bloomberg, a billionaire media magnate and former mayor of New York City, is mounting his first drive for national office.

Together they represent the best chance ever for a Jewish American to hold the nation’s highest office. At one point this week FiveThirtyEight, the leading forecaster of presidential politics, gave Sanders a 1 in 2 chance of winning the nomination and Bloomberg a slim chance of his own — meaning that a Jewish candidate was seen as more likely than not to be the ultimate nominee. (The chances have declined since, even though Sanders won the New Hampshire primary on Tuesday.)

The candidates also reflect a tension within the American Jewish community. While most Jewish Americans are Democrats, some are more progressive inheritors of the left-wing activism that characterized early 20th-century Jewish politics. Others, wary of protecting their assets in uncertain times or deeply attached to Israel and the right-wing politics that have prevailed there for a decade, take a more centrist approach. For them, a candidate like Bloomberg is potentially attractive.

The path between now and November is long and winding, and it’s totally possible that neither Sanders nor Bloomberg will ultimately appear on the ballot. But here’s how they could — and why that matters for U.S. Jews.

Sanders’ path to the nomination is clear, if uncertain

The Sanders equation is widely known: Leverage the campaign’s large, committed volunteer base to get out the vote in every primary. Because the elections are no longer winner-takes-all, Sanders can pick up delegates in every primary — and can chip away toward a plurality by the end of the primary season.

He has his eye on California, where voters tend to be progressive. The Golden State looms large because it has the largest delegate take — 416 of the 3,768 delegates who vote in the first round at the convention — and because this year it moved up its primary from June to Super Tuesday, the March 3 date when 16 nominating contests take place.

Walking away from California with a majority of the delegates would deliver momentum to the candidate.

Sanders has visited the state far more than any other candidate, according to the Sacramento Bee. And at least until Bloomberg entered the Democratic race in November, he also was spending more money there than any other White House hopeful.

In past years, it was generally clear by early May who the candidate would be for both parties. In 2020, however, with a crowded Democratic field and the end of winner-take-all primaries, the same timeline might not hold true. That means Sanders and his supporters are under pressure to execute a high-level ground game in every state going forward. 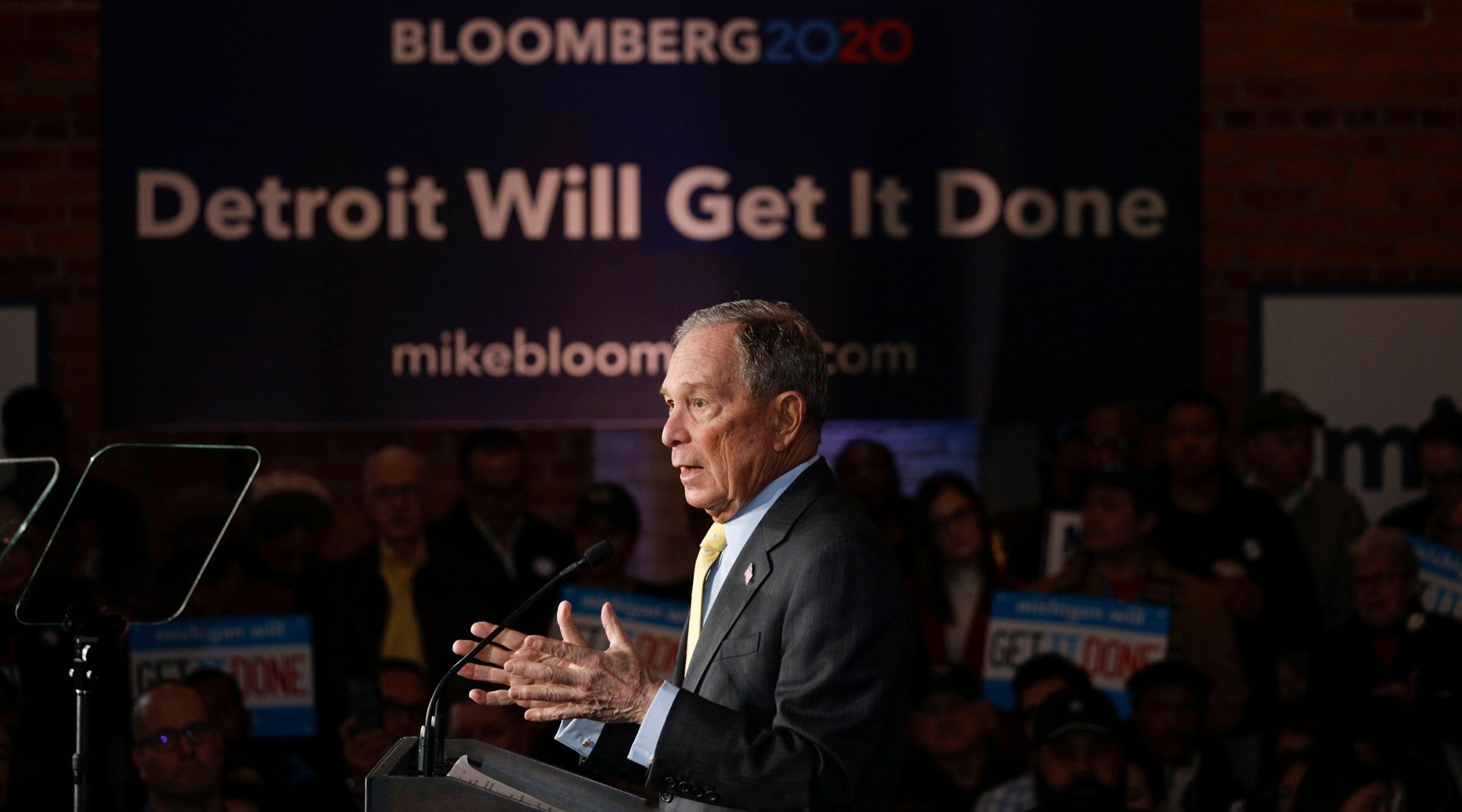 Bloomberg’s path would be eased by Sanders’ success

Bloomberg, who is funding his own campaign, also is making a play for California. He has spent $13 million on advertising there and campaigned in the state while the other candidates focused on the early states once considered critical to securing the nomination: Iowa, New Hampshire, South Carolina and Nevada.

Bloomberg is likely pleased to see Sanders take the early lead — the Vermont senator and progressive flag-bearer essentially tied in Iowa with former South Bend, Indiana, Mayor Pete Buttigieg before eking out a victory in New Hampshire. A strong Sanders performance in the early nominating contests will help clear the deck of moderates heading into Super Tuesday, leaving the center lane open to Bloomberg.

The former mayor has campaigned in all the Super Tuesday states and built up his staff in them, as well as in the states that vote on the two subsequent Tuesdays, before investing in other states. That’s a clear indicator of how much he is investing in being a major force by mid-March.

The goal, according to people familiar with Bloomberg’s strategy, is to amass enough delegates throughout the primary season that he becomes the presumptive centrist. If that happens, and Sanders maintains his grip on the left, the Democratic Party will have to reckon with the identity issue that mirrors the divide within American Jewry: Do we swing left or carve out a middle lane? Bloomberg is banking on Americans making the second choice — and picking him to face off against incumbent Donald Trump in November.

“The results from New Hampshire show that Democrats must urgently consolidate around a candidate who can beat Donald Trump, and Mike Bloomberg is best positioned to build the broad coalition necessary to win in November,” a Bloomberg campaign spokesman told the Jewish Telegraphic Agency.

What about a contested convention?

According to FiveThirtyEight, there is currently a 1 in 4 chance that no one candidate will win enough delegates through the primary process to guarantee a choice at the Democratic National Convention in Milwaukee in July.

If it comes down to Bloomberg and Sanders, Bloomberg — or more precisely his money — may have the advantage. The 3,979 pledged delegates will be relieved of their pledges after the first round of voting, and they will be joined by 770 or so “superdelegates,” congressional lawmakers and party officials among them.

That’s a crowd that’s ripe for the enticements that Bloomberg has been known to deliver to constituencies that otherwise might be less than charmed by him. Bloomberg is known for his generosity to the campaigns and causes of potential supporters. He also had a record as mayor of using his own money to mute opposition.

As a presidential candidate, Bloomberg has racked up endorsements from African-American lawmakers and mayors — many of them past beneficiaries of his largesse — as a means of blunting his past embrace of discriminatory “stop and frisk” policing. It seems to have worked (and Bloomberg has also apologized for the practice): A Quinnipiac poll shows Bloomberg making headway among African-Americans.

Let’s say that by June, Elizabeth Warren, the progressive, is duking it out with Pete Buttigieg, the centrist. Thus no Jewish nominee this year.

But the notion that a Jewish nominee was unelectable (one that Bloomberg once cited to explain why he chose not to run in 2008) has nonetheless been all but erased. Who’s waiting in the wings? Democrats adored Rep. Adam Schiff of California for his role leading the impeachment of Trump, and there was talk on social media of a possible Schiff run for the presidency.

And Trump’s campaign manager, Brad Parscale, has said that the Trumps are set to become a Kennedy-like dynasty.

That would be Trump’s Jewish daughter, Ivanka Trump, and her Jewish husband, Jared Kushner.