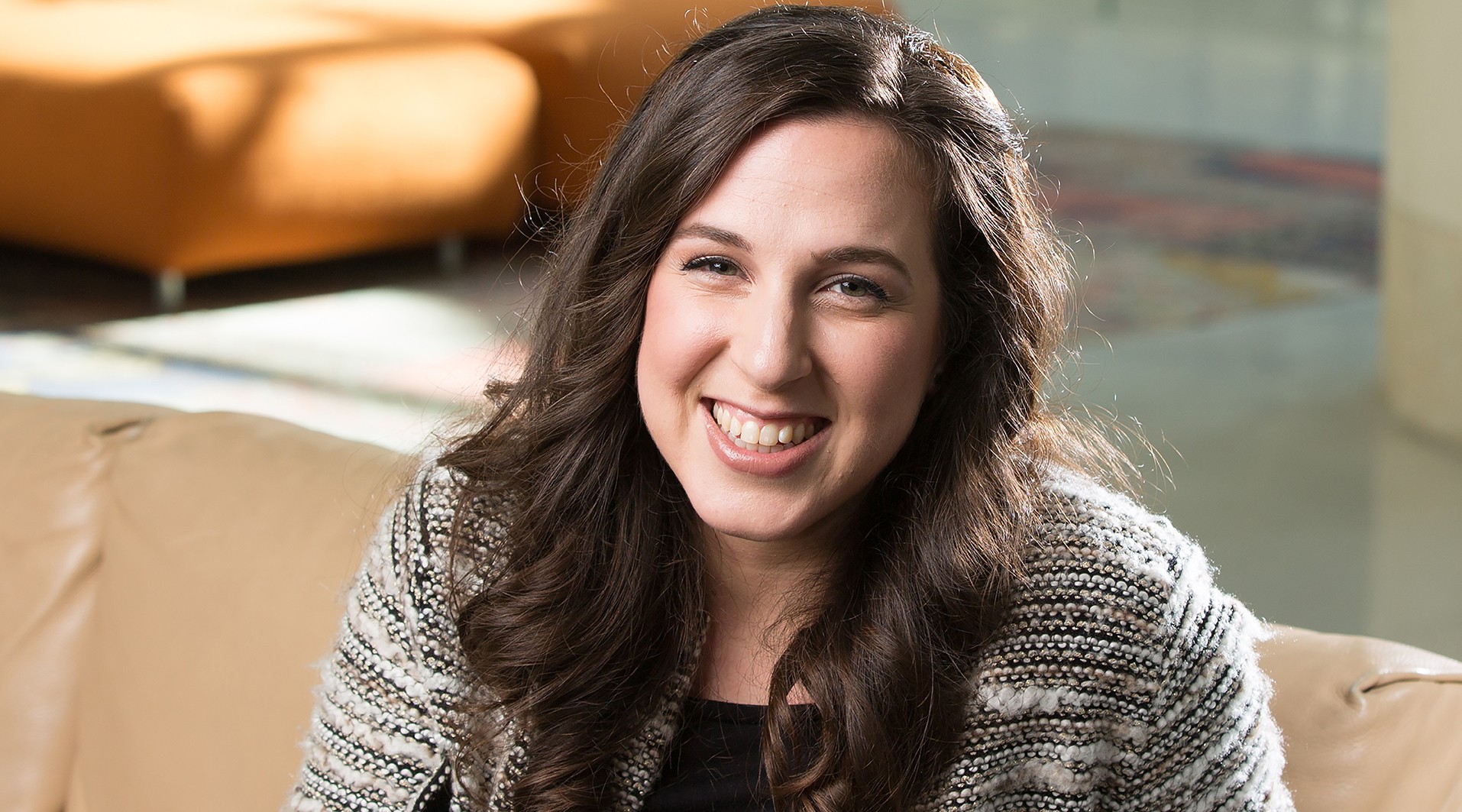 Paula Kweskin created the Censored Women’s Film Festival out of a growing concern that women’s voices worldwide were being silenced. (Lacey Johnson)
Advertisement

Beaten and abused by her husband, Robina was just 25 when she set herself on fire, preferring death by suicide to the “dishonor” of leaving her spouse. In Iran, a woman considered to be dressed immodestly is forced, screaming, into a police car. In Pakistan, a girl tells her story of being forced into marriage before her 12th birthday.

These are just some of the shocking stories featured in “Honor Diaries,” a 2013 documentary film that explores violence against women in honor-based societies.

The Jewish woman behind that film, Paula Kweskin, has made fighting for women’s rights the centerpiece of her professional life.

“Making this film highlighted for me how true it is that human rights start with women’s rights,” said Kweskin, who now lives in Israel.

A human rights and international law attorney by training, Kweskin, 36, today heads a female-majority nonprofit media company, The 49%, which uses women’s storytelling to advocate for change and give voice to women marginalized by their societies. (The 49% figure refers to the female proportion of the world’s population — slightly less than half due to femicide and the selective abortion of female fetuses.)

“Storytelling is an act of courage,” said Kweskin, who tackles hard-hitting subjects in her films like female genital mutilation, honor violence, forced marriage and systemic exclusion of women from education.

In addition to producing and distributing feature-length and short films, The 49% hosts film festivals and events bringing together filmmakers and activists. The organization’s launch at the Jerusalem Cinematheque on International Women’s Day in March 2019 attracted participants from countries including Egypt, Sri Lanka, Canada, Pakistan and the United States.

Kweskin knew as early as high school that she wanted to devote her life to social justice causes. As a student in her hometown of Charlotte, North Carolina, she was a board member of The Echo Foundation, a human rights education organization founded by Holocaust survivor and Nobel laureate Elie Wiesel.

After completing advanced legal studies at The Hebrew University of Jerusalem and immigrating to Israel in 2012, Kweskin decided to focus her energies on employing creative means to advance women’s rights.

“Media empowers victims, survivors and first responders. It gives a voice to women who don’t have one,” she said. “Media is far reaching, democratizing and has an emotional impact. It can reach everyone, including leaders.”

Especially given how people consume content today, Kweskin is convinced that change happens through the spread of strong visuals. Just take, as an example, teenage climate activist Greta Thunberg, Kweskin notes, who has become a household name thanks to her impassioned on-camera pleas for action on climate change.

Alexandra Gordon, managing director at the brand strategy firm Matter Unlimited and the board president of The 49%, said Kweskin’s abilities and approach are remarkably effective.

“She is the rare mix of a legally trained brain that has a great deal of creative power,” Gordon said. “That unique combination allows her to see new paths and solutions and bring a diverse range of people on board to achieve real impact.

Kweskin’s growing concern about the silencing of women’s voices worldwide prompted her to create the Censored Women’s Film Festival in 2015. Bringing together filmmakers and activists, the festival screened censored women’s films from all over the world at events in Berlin, Los Angeles, New York and Washington, D.C.

In Israel, Kweskin says, she is disturbed by the growing censoring of women. Over the last year, women singers have been removed from public events to satisfy ultra-Orthodox sensibilities and women’s faces are routinely removed from or blacked out by vandals on public advertising like billboards and bus ads.

“One of the things I am quite concerned with is the erasure of women’s voices and images from communities in Israeli society,” Kweskin said. “I am currently working on a documentary which explores female empowerment and representation in Jewish societies in Israel and America.”

Kweskin’s work for women’s rights prompted an invitation in 2016 to join ROI Community, a program of the Charles and Lynn Schusterman Family Foundation that brings together dynamic young Jewish leaders from around the world to foster their passion and ideas for strengthening the future of the Jewish world. Kweskin credits ROI Community with providing her with the ongoing support she needed to found The 49%. Her nonprofit has also been awarded grants from the Schusterman Foundation.

“The strong and supportive ROI network gave me the courage and capacity to start my own organization,” she said.

Kweskin is now busy preparing for the second annual 49% Film Festival, which is scheduled for March 3-5 at Jerusalem’s Cinematheque to mark International Women’s Day.

From her home base in Israel, Kweskin says she has developed a growing interest in the role women can have in peacemaking and sustaining peace in the Middle East and elsewhere.

“I believe it is the women who can find common ground and break through barriers,” she said.

This article,  sponsored by and produced in partnership with The Charles and Lynn Schusterman Family Foundation, is part of a series about how ROI Community members are creating positive social change around the world. This article was produced by JTA’s native content team.