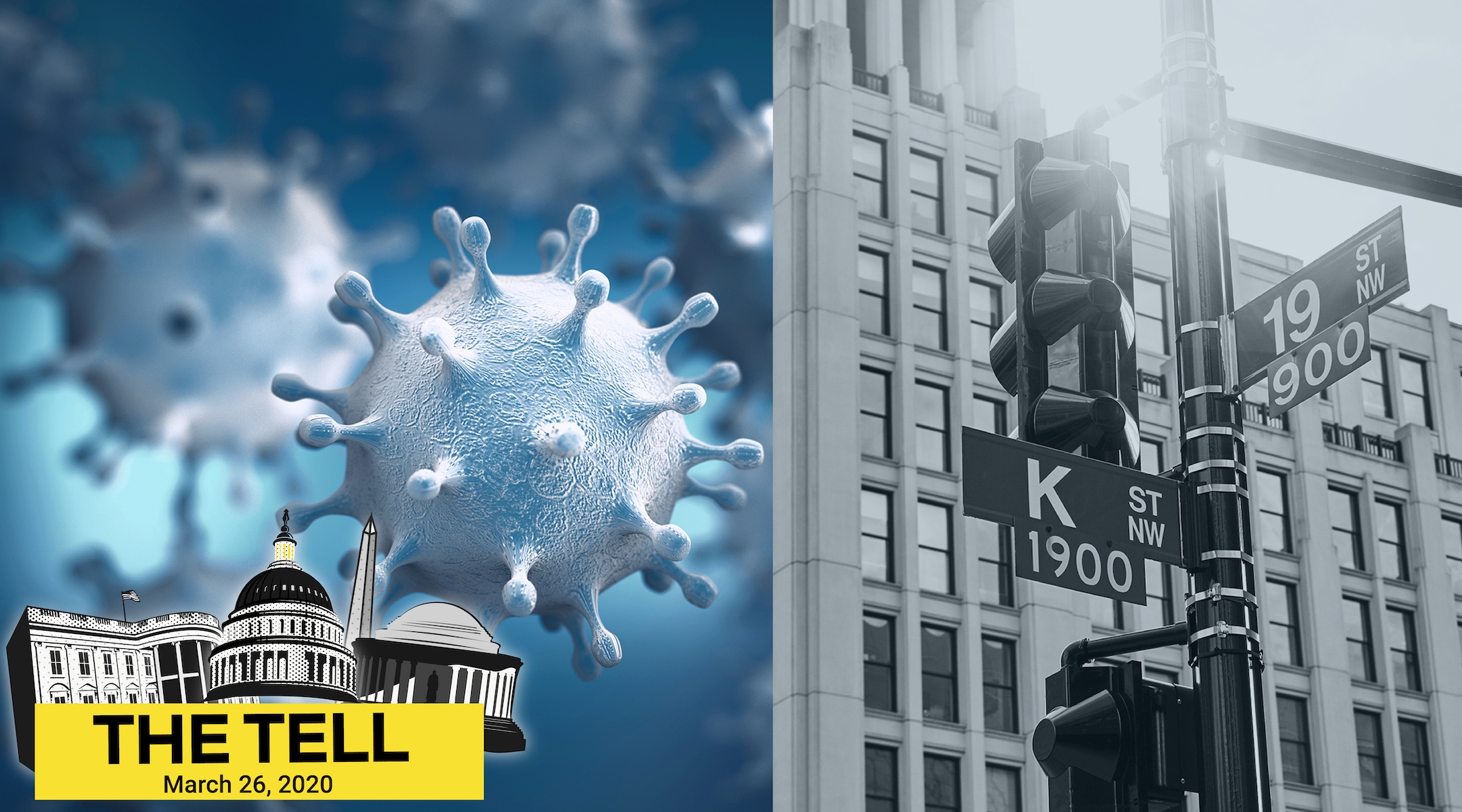 WASHINGTON (JTA) — Ben Chouake is an emergency physician with a side gig: He leads NORPAC, a leading pro-Israel political action committee.

I check in occasionally with Chouake to see how the New Jersey-based PAC is doing, what’s on its agenda. It’s a right-leaning pro-Israel group, taking its cues from AIPAC and groups to that lobby’s right. NORPAC can directly deliver only a legal maximum of $10,000 per candidate, but it has outsize influence because its endorsees are a guide for donors in the mainstream pro-Israel community.

This week, when I asked about NORPAC, Chouake wanted to talk about the coronavirus pandemic. It was a pivot typical of calls I made to other lobbyists.

The urgency that routinely attaches to political messaging in the pro-Israel sector had receded and the overwhelming tone was of deference to a legislative system that is grappling with a historic crisis. Lobbyists are holding back — in part due to the fact that much of what they do involves face-to-face meeting.

“The double challenge is no one is pressing the flesh, you don’t want to meet in groups,” Chouake said, adding that NORPAC had canceled 11 meet-and-greets due to the pandemic. “And the stock market went from 29,000 to 18,000, and a lot of people are out of work.”

NORPAC’s salons throughout the tri-state region of New York, New Jersey and Connecticut attract some of the pro-Israel realm’s most dedicated givers and allows them to schmooze with candidates, to pin them down on their views and to write checks. Recent honorees include Mikie Sherrill, the moderate New Jersey Democrat who flipped a Republican district in 2018, and Max Rose, the Jewish Staten Island Democrat who did the same, along with GOP Sens. John Cornyn of Texas and Bill Cassidy of Louisiana.

Chouake is unfailingly charming and cheery, and loves to talk about Israel, legislation and congressional races. Now the charm was laced with a grimness. I had noticed that NORPAC had canceled its annual Washington lobbying day, even though it was scheduled for May 19. Chouake was not optimistic that systems would be back to normal in two months, and his explanation stemmed more from his experience as a physician rather than as a lobbyist.

“What eventually happens is hospitals get inundated in taking care of people on respirators,” he said.

AIPAC and J Street chill out

AIPAC spokesman Marshall Wittman told me that deference must be paid first to the overriding crisis of the coronavirus.

“All of our actions go forward with that in mind,” he said.

“Right now our chief rule is lawmakers work to protect and provide for their constituents, and that comes first,” he said.

AIPAC did send out an action alert this week urging lawmakers to sign a letter to the Trump administration asking it to press the U.N. Security Council to reauthorize its embargo on Iran. But Wittmann pointed out that the issue is time-sensitive — the embargo lapses in October.

“We recognize our issues continue to be important as evidenced by Iranian-backed militia attacks [on U.S. targets in Iraq] this year,” Wittmann said. “At the same time, we have to seek a balance in how we approach members of Congress right now.”

A top Democratic official in the U.S. House of Representatives told me that he had noticed the broader pullback by AIPAC and other pro-Israel groups.

“This is the time of year that they usually try to finalize the items of policy conference,” the Democratic official said, referring to the annual AIPAC conference that was held this year at the beginning of March. “And not a single person has reached out to push and pull, which I appreciate. The only AIPAC person who called reached out just to see how I was doing, which I thought was really thoughtful.”

This official had seen the action alert on the Iran arms embargo, which he thought was appropriate because of the time-sensitivity, but said foreign policy simply was not on the horizon.

“We are 99 percent coronavirus right now and it is absolutely impossible to have a conversation about foreign policy when you’re literally trying to save people’s cars, houses, families, and I think these groups appreciate that,” he said.

“There are a number of offices that have constituents with kids overseas, on study abroad, that are working to try and get those folks home,” he said. “Sometimes offices are looking for help to connect to the right desk officer at State or at an embassy, and we’re happy to be helpful. We want to be a resource, not a nudge.”

The congressional official recalled with amazement how lobbyists not affiliated with Jewish groups continued to press for issues in the first days of the retreat by congressional staffers to their home offices two weeks ago.

“We’re setting up telework, computers, making sure staff is safe and making sure districts get what they need,” the official said. “Now is not the time to talk about data privacy.”

The “meet the expert” events that lobbies have in congressional meeting rooms on the Hill are geared to educate congressional staffers and exchange contact information. For AIPAC and J Street, those have moved online. AIPAC last week launched teleconference briefings with a call on the current constitutional crisis afflicting efforts in Israel to set up a government.

Chouake said he was looking into getting the meet-and-greets online.

“We have a very tried-and-true committed group of people who realize it’s important, so they write the checks,” he said.

Keeping up with Brenda Jones: I wrote last year about how pro-Israel political types in Detroit were considering backing a primary challenger to Rashida Tlaib, the Palestinian-American freshman congresswoman who rejects Israel’s existence as a Jewish state and backs the boycott Israel movement. The likeliest candidate was Brenda Jones, a city councilor who was a congresswoman for five weeks following a special election in 2018 before narrowly losing to Tlaib in the primary for the general. The district is majority African-American and there was talk that backing a black candidate was the best way to make Tlaib a one-termer. Jones announced this week, saying a goal was “uniting the district” — perhaps an allusion to the Tlaib controversies. But Aiden Pink at the Forward has uncovered statements by Jones supportive of Louis Farrakhan, the anti-Semitic leader of the Nation of Islam movement.

Two trillion little things: Jewish groups are scouring the $2 trillion stimulus passed late Wednesday by the Senate for money that could help them survive the pandemic, and also for assistance to the neediest.

Non-Zionist upset at Zionist Congress: The World Zionist Congress elections swung the U.S. contingent to the parliament of the Jewish people to the right, with Orthodox parties doubling their representation and diminishing the influence of non-Orthodox and progressive lists. What happened? A haredi Orthodox list, Eretz Hakodesh, ran for the first time, in part to stem the influence of the non-Orthodox. Its voters overcame reluctance in their community to sign onto the Jerusalem Program, which makes Zionism central to Judaism — a hard pill to swallow in a community that has assimilated culturally and politically into Israel, but still rejects religious Zionism, as Jeremy Sharon reports at The Jerusalem Post.

Hate in a time of coronavirus: A white supremacist in Missouri who planned to attack a hospital as a means of weaponizing the response to the coronavirus was killed this week in a shootout with the FBI. Yahoo News last week reported other ways (saliva and a spray bottle) that white supremacists have discussed weaponizing the virus. The Anti-Defamation League lists the ways in which the spread of the virus has spurred racist and anti-Semitic tropes. 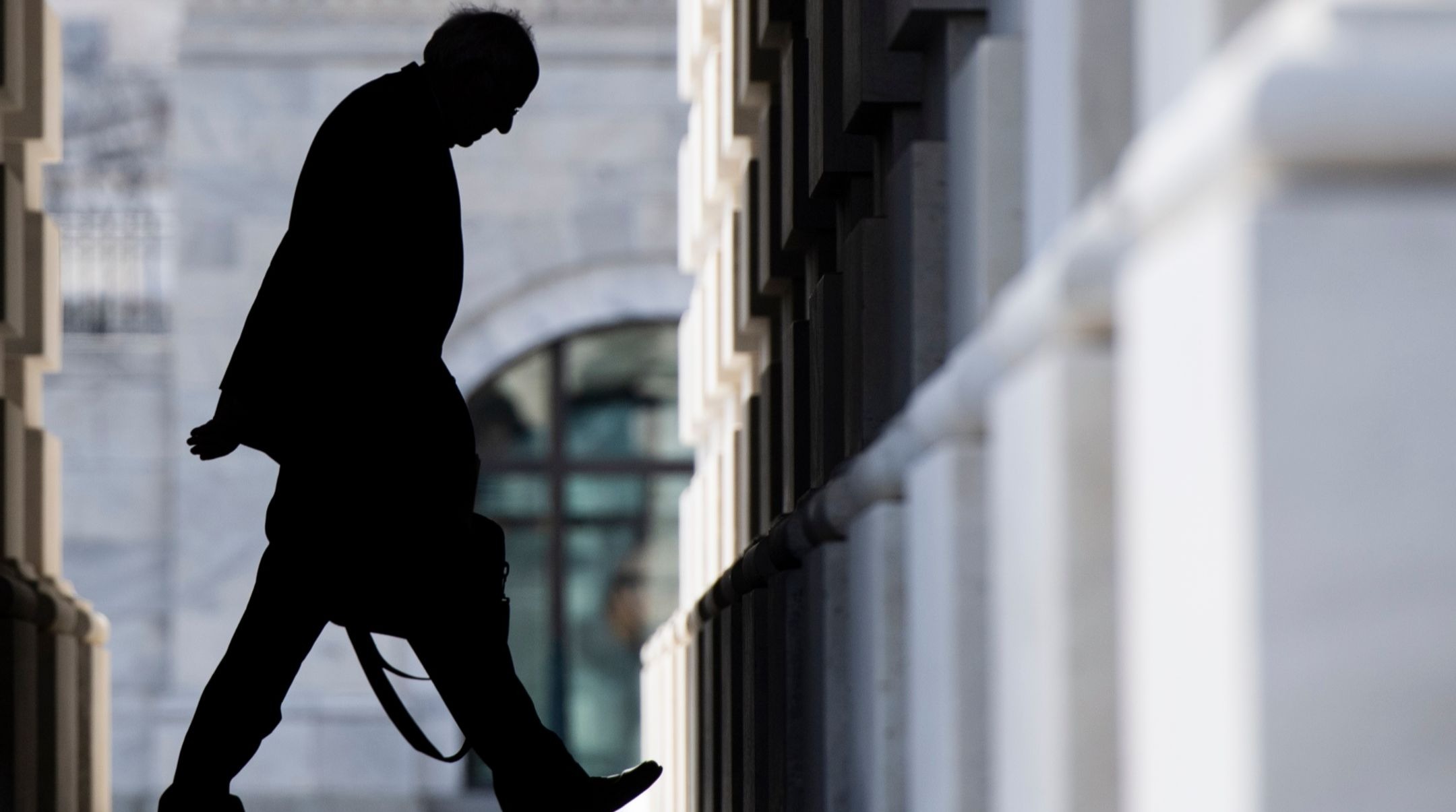 Bernie Sanders was on his way to becoming the first Jewish president. And then he wasn’t. At The New York Times, Alexander Burns and Jonathan Martin break down the breakdown of the Sanders campaign. The fault, they suggest, lies not in the stars but ultimately with a candidate who was committed to his democratic socialist principles above compromise.

A group of quarantined Israelis gets into it on Twitter about which was Lin-Manuel Miranda’s best score — “Hamilton,” “In The Heights” or “Moana” — and the show’s creator and former star interrupts with “Hey, hey, hey, what’s going on here?” In Hebrew. Check out the truly joyous replies. 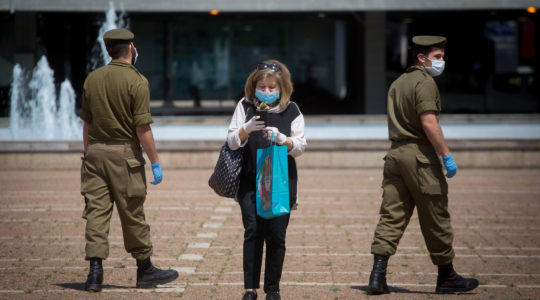 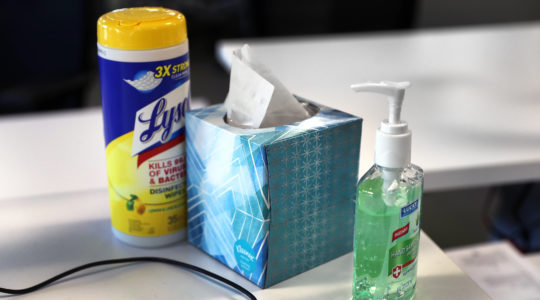 We asked rabbis for their spiritual guidance in handling the coronavirus crisis. Here’s what they said.