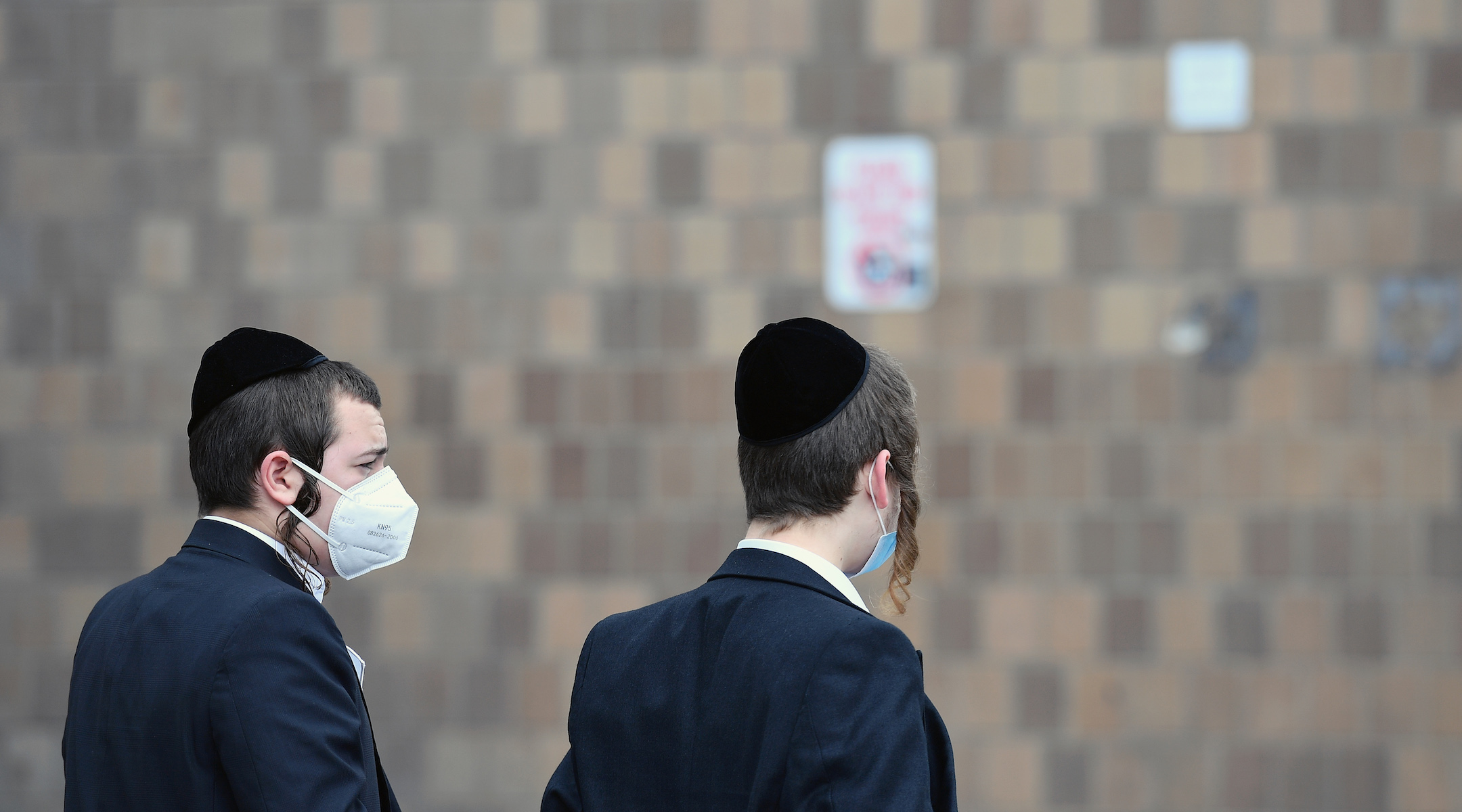 NEW YORK (JTA) — Four heavily Orthodox neighborhoods in Brooklyn have especially high rates of the novel coronavirus, according to data released by this city’s Department of Health.

The record of positive COVID-19 tests in the five boroughs shows that Borough Park, Crown Heights, Williamsburg and Midwood all have above-average positive test rates. In Borough Park, more than 67% of coronavirus tests have come back positive — the highest rate in Brooklyn and sixth-highest of any Zip code in New York City.

The five city Zip codes with the highest positive test rates are in Queens, with the Corona neighborhood topping the list at more than 77%. Many of those neighborhoods are home to working-class New Yorkers whose jobs do not allow them to stay home.

Borough Park also has the third-highest raw number of positive tests of any neighborhood in the city with 771, and total tests with 1,146. In both cases, it’s behind only Corona and Elmhurst, adjacent neighborhoods in Queens.

An analysis by The City, a local New York publication, found that testing across neighborhoods has been proportional to their populations. Social distancing has been a particularly stark shift for Hasidic Jews, who make up a significant share of the population in Borough Park, Williamsburg and Crown Heights.

Haredi, or ultra-Orthodox, men are accustomed to attending communal prayers three times a day, and social lives revolve around synagogue and lifecycle celebrations like weddings. Haredi families are also larger than average and tend to live in dense neighborhoods in the city.

In some haredi neighborhoods, social distancing measures like school closings came later than in the rest of the city.

Israel is experiencing an even more extreme phenomenon, as more than a third of the total population of the haredi city of Bnei Brak is estimated to have coronavirus, according to the Times of Israel.