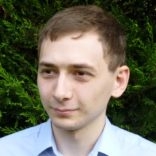 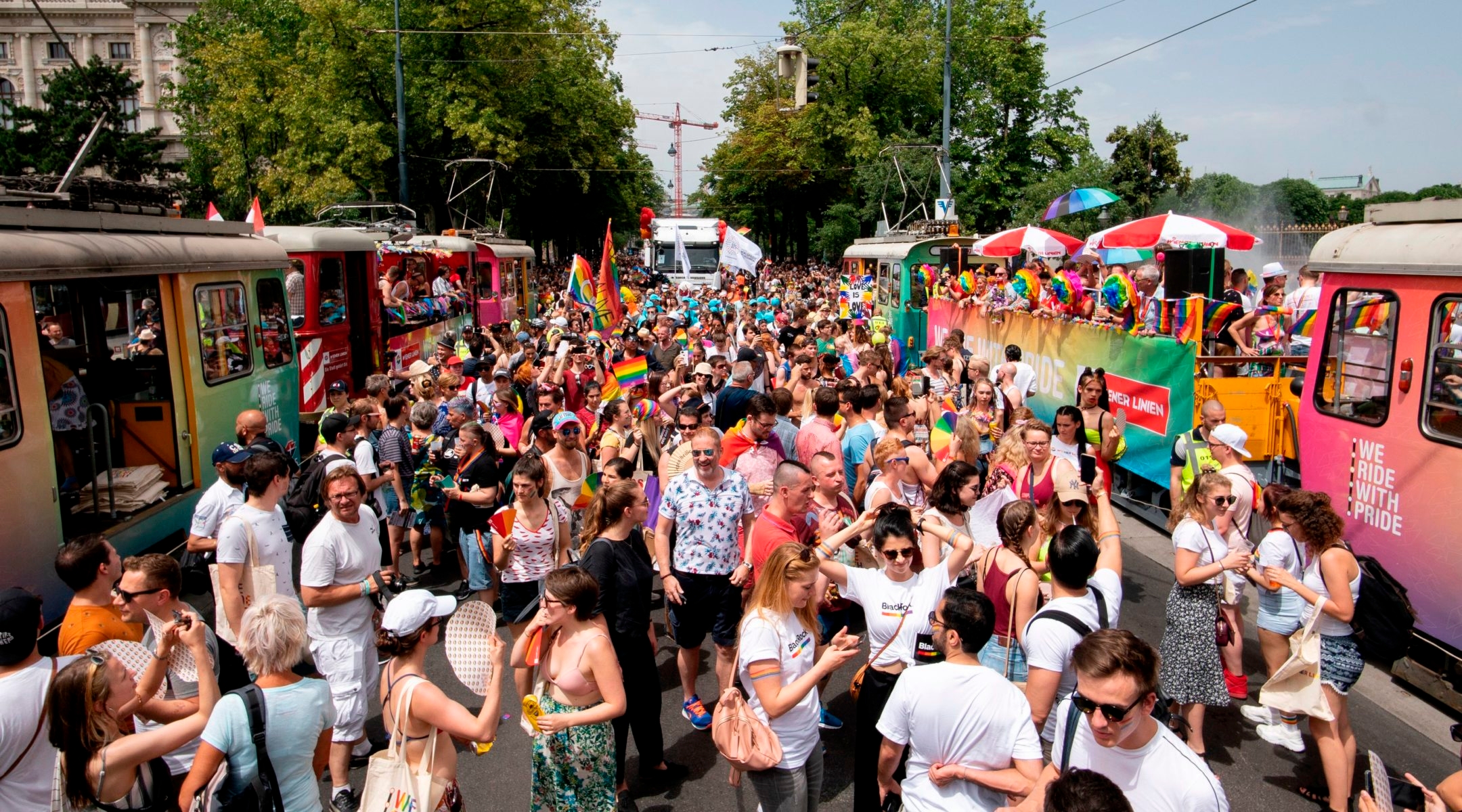 VIENNA (JTA)  — It takes a crisis to show that not all communities are hewn from the same clay. Death, Saul Bellow wrote in “Humboldt’s Gift,” “is the dark backing that a mirror needs if we are to see anything.”

I have spent the last few years observing, reporting on and writing about Jewish and gay communal life. To watch both simultaneously as this coronavirus crisis unfolds is to witness a Jewish community bound together, finding ways to weather the storm, to maintain a sense of continuity, while the gay community loosens rapidly and functionally ceases to exist.

A disaster has befallen the world. To unlock one’s phone in the morning is to hook oneself up to an IV of bad news both around the world and close to home.

A few weeks ago I opened Facebook to discover that this city’s Jewish community, the IKG, had confirmed its first victim of the coronavirus and was reducing social contact in kosher supermarkets, one of the last forums of Jewish communal life to remain somewhat open. I receive a daily email from the Board of Deputies of British Jews with that day’s body count.

As in so many places, congregations of five or more people have been banned, synagogues and Jewish schools were closed down, and prayer services and lectures have been canceled.

But Judaism has tools to weather interruptions like these. As Amos Oz and Fania Oz-Salzberger noted in “Jews and Words,” Judaism’s longevity has hinged on the written word —“a lineage of literacy,” with tradition and knowledge preserved in books and passed down through their interpretation.

“What kept the Jews going were the books,” they wrote.

What’s more, Vienna’s chief cantor, Shmuel Barzilai, is live broadcasting morning, afternoon and evening prayers on Facebook. Since the Seitenstettengasse Temple shut its doors, shiurim on the weekly Torah portions have been sent out to community members via email, and services before and after Shabbat have been transmitted via live feed.

Jewish communal life in Europe, with its membership and dues, comes with a certain sense of belonging and shared responsibility. Jewish students are organizing grocery and medicine deliveries for the community’s elderly and vulnerable members. The IKG has made a $275,000 fund available to members in financial need and has been sending out coronavirus-related information in Hebrew and Russian, reaching those whose grasp of German is weak and may otherwise have been passed over.

For the gay community, the change in social relations was as abrupt. Bars have shuttered. Apps like Grindr are telling users to stay home. Vienna Pride, which was due to take place in June, is one of at least 188 pride festivals from Los Angeles to London to Sydney to be canceled or postponed. With museums, theaters and galleries closed to the public, so much hard work by gay artists and performers will go unseen and unheard. And NGOs that operate refuges and drop-in centers can no longer do their work.

That, combined with the effects of social distancing, has placed some young gay people in an especially vulnerable position. Sam, 23, told the BBC of his experience of having to move back home with his “strict” Christian parents in order to self-isolate.

“I see on social media that people are so busy filming home workouts, and holding online parties, that they don’t realize there are people like me struggling to stay alive right now,” he said.

Paul Martin, chief executive of the British LGBT Foundation, said that many people like Sam now feel “they have nobody to turn to.”

In the absence of the same infrastructure and traditions on which the Jewish community can lean, faced with an illness that demands social distancing, gay life broke down and became atomized faster than I ever could have imagined. It is not that the gay community is without its attachments and rituals. But its usual expressions of joy, play and solidarity are hard to express when the world is sheltering in place.

Now more than ever, it’s clear that a community based on a common characteristic, the expression of which is primarily achieved through social contact and political activism, is not the same as a peoplehood bound together by thousands of years of religious tradition and shared civic bonds. The latter offers a sense of stability and continuity, of togetherness and a way through this particular disaster that the other, sadly, cannot.

Liam Hoare
is Europe Editor for Moment. He lives in Vienna where he reports on politics, culture, and Jewish life in Austria and the wider region.
The views and opinions expressed in this article are those of the author and do not necessarily reflect the views of JTA or its parent company, 70 Faces Media.