Feeling down about the lack of romance during quarantine? ‘Man Seeking Woman’ is your antidote. 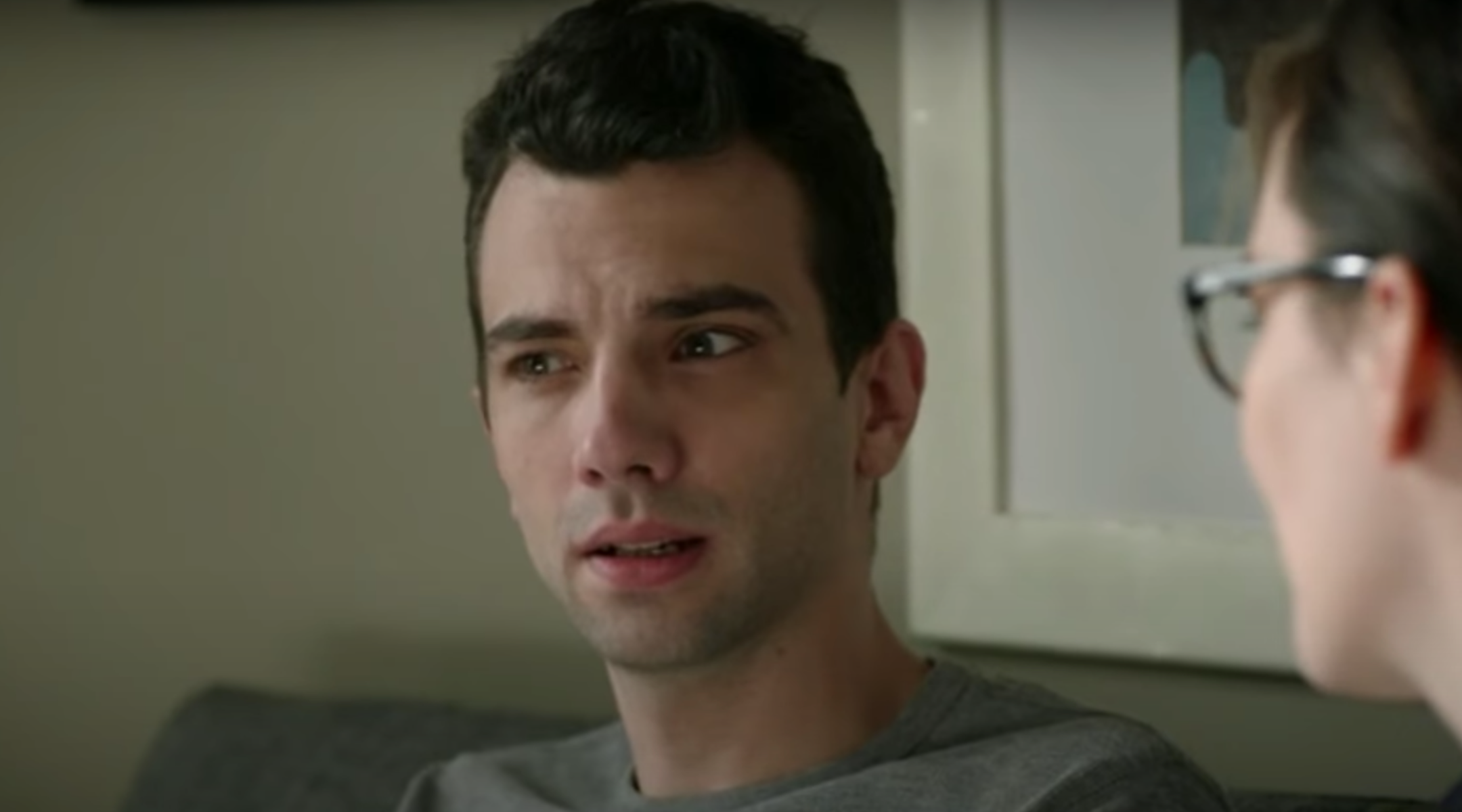 Social distancing and staying inside is hard. Thankfully, accessing good things to watch during this time is not. This is the fourth installation of a weekly column on Jewish movies and TV shows that you should stream in quarantine.

(JTA) — With zero romantic prospects on the horizon — thanks COVID-19 — I’ve resorted to slapping a virtual Band-Aid over my crumbling love life. And I know I’m not alone.

If you’re in the same boat, the series “Man Seeking Woman” can help. The show — a bizarre theater of the absurd-esque, knee-slap heavy satire of modern dating — is the most suitable escapist romcom to binge during these strange times.

A hidden gem that only lasted three seasons on FX, “Man Seeking Woman” follows Josh Greenberg, portrayed by Jewish actor Jay Baruchel, a disheveled 27-year-old searching for love in Chicago. So how does that plot differ from literally every other millennial sitcom? It takes only one episode to find out.

In the pilot, a heartbroken Josh’s spirits are momentarily lifted when his ex, Maggie (Maya Erskine), extends a last-minute invitation to her housewarming party. With a bottle of her favorite wine in hand, his smile quickly turns upside down when Josh’s roommate Mike (Eric Andre) and his fling Aja helps reveal that Maggie has a new boyfriend — who happens to be Adolf Hitler.

Yes, that Hitler. He kisses Maggie from a wheelchair.

Josh: Isn’t there, like, a pretty big age difference between them? I mean, Maggie’s only 27.

Mike: You don’t like him because he’s dating Maggie.

Josh: True, but don’t you think it’s weird that she’s dating him, of all people? I’m Jewish! He famously hates Jews.

Aja: Oh, that is a real stretch Josh. Don’t make this about you.

It’s the perfect example of how the show operates: By infusing universal relationship woes with fantastical elements, it captures the strong feelings that romantic situations make us feel and the mundane emotions so many of us struggle to express.

And the show isn’t just about romantic love — it also depicts the strength of platonic bromances and navigates the difficult transition from mama’s boy to independent young adult.

Later in the series, Josh’s older sister, Lucy, dates Santa Claus. He also goes on a date with a literal troll, to learn a lesson about beauty, and misplaces his penis.

It’s all from the mind of Jewish writer Simon Rich — son of the prominent political columnist Frank Rich — who adapted it from his novel “The Last Girlfriend on Earth.” (Simon has another fun Jewish project in the works: a movie called “An American Pickle,” which stars Seth Rogen as New Yorker Herschel Greenbaum, who falls into a pickle vat in 1918 and emerges 100 years later.)

Is Josh Greenberg a likable schlemiel whose Jewish parents won’t stop FaceTiming him? It’s debatable. Constantly putting his foot in his mouth, his relationships with women, who are always way out of his league, never last more than a fleeting episode.

But like many romantic comedies, “Man Seeking Woman” ties a love-laced bow on Season 3, ending with one of Cupid’s arrows on Josh’s bum. And it just might be the most surreal plotline of the series.