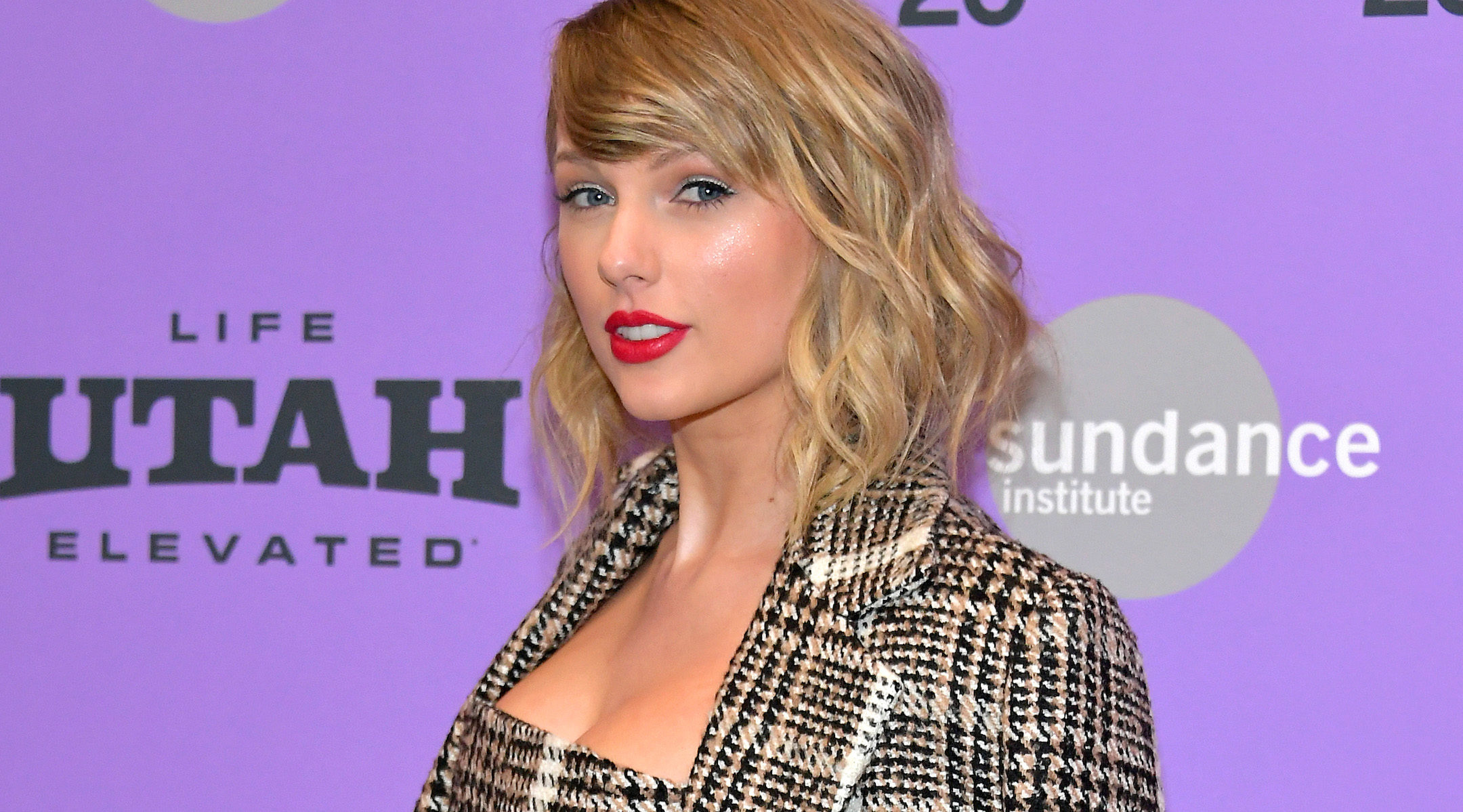 (JTA) — Taylor Swift is drawing criticism — and apparent applause among her neo-Nazi fan base — for calling out “the Soros family” in an Instagram post. It’s the latest salvo in the pop superstar’s ongoing battle with her former record label.

The family long has been at the center of anti-Semitic conspiracy theories about Jewish domination of global banking. George Soros, a Hungarian billionaire and liberal philanthropist, typically is the main target. But his son Alex, the deputy chair of his father’s Open Society Foundations, an international group that promotes liberal causes, has begun to feature in them as well.

According to Swift, Alex Soros also is playing a role in the hugely popular singer’s nasty and public fight with her former label, Big Machine Records.

Swift recorded her first six albums with Big Machine, but she left the label before the release of her seventh, titled “Lover.” In June, the label sold the original records of her songs, known as masters, to talent manager Scooter Braun. Swift believes she should have been given the opportunity to purchase her own masters, and has been pressing the case in interviews.

“After I was denied the chance to purchase my music outright, my entire catalog was sold to Scooter Braun’s Ithaca Holdings in a deal that I’m told was funded by the Soros family, 23 Capital and that Carlyle Group,” Swift said in December.

Swift doubled down Thursday night on Instagram after she found out that Big Machine was planning to put out an album of her live performances. She believes they want to make more money off her during the coronavirus crisis.

Calling out the Soros family; Braun, the Jewish industry giant associated with the likes of Justin Bieber and Ariana Grande; and the private equity firms involved in the sale, Swift wrote that the decision to release the new album is “just another case of shameless greed in the time of Coronavirus. So tasteless, but very transparent.”

To many people who viewed Swift’s post, Swift was invoking language that many have used to signal anti-Semitic sentiments.

Taylor Swift deploying a Soros dogwhistle is…… a choice https://t.co/q8yRZ2CjAH

Swift’s notable fan base among white supremacists seemed to get the message. Alma rounded up some of the responses that make clear that some are associating her post with widespread anti-Semitic conspiracy theories about Soros. (Read this 2019 Alma piece to understand Swift’s history with American neo-Nazis, also explored in a 2016 Vice story titled “Can’t shake it off: How Taylor Swift became a Nazi idol.”)

Bend the Arc, a Jewish progressive political advocacy group with which Alex Soros is closely involved, tweeted a message to Swift on Friday afternoon.

“You have every right to be upset about others profiting off your music. But PLEASE don’t share antisemitic conspiracy theories about the Soros family,” the group wrote. “‘Shameless greed’ is a dog-whistle used against Jews. Your Jewish fans deserve better.”