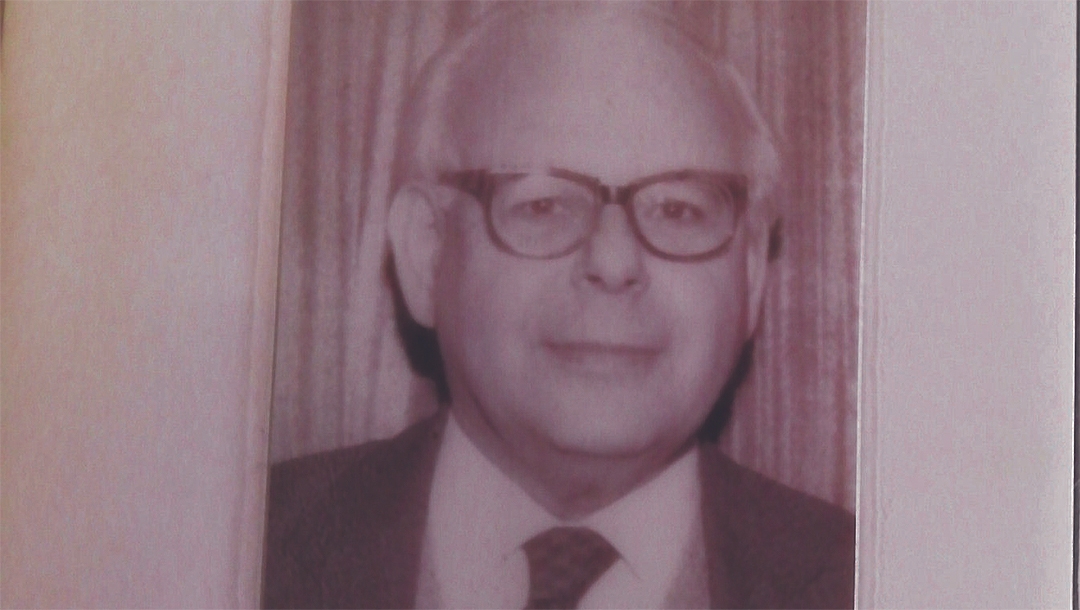 A picture of Herbert Max Fraenkel that a team of volunteers studying his ancestry found in January at his home in London. (Courtesy of The Jewish News)
Advertisement

(JTA) — After several weeks at a London mortuary, the unclaimed body of 95-year-old Herbert Max Fraenkel was slated to be buried in a shared grave at a pauper’s funeral.

Fraenkel, who was born in 1924 in Berlin, died alone at his home in January. City workers were unable to locate or identify any of his relatives, and health officials were pressing to move his body as storage room for bodies was running out because of COVID-19 fatalities.

But thanks to the insistence and alertness of one municipal worker, he and volunteers managed to ascertain that Fraenkel was Jewish and bury him last week in accordance with his faith, the Jewish News of London reported.

The rabbi who officiated at the funeral, which was paid for by the local Jewish community, conducted it alone according to social distancing protocol and livestreamed it on Facebook to hundreds of viewers from his congregation and beyond, including some who had been involved in the effort to give Fraenkel a Jewish burial. Many left impassioned comments.

The saga began when the city worker, Paul Anastasi, noticed a menorah at Fraenkel’s home after police entered in January to collect his body. Fraenkel’s neighbors called the authorities after realizing they had not seen Fraenkel in several days.

“We found old letters and cards, as well as a menorah, which is when I thought he may be Jewish,” Anastasi, who is not Jewish, told the Jewish News, which published an article April 30 about the April 27 funeral.

Anastasi began the effort that ended with the funeral by contacting Jewish community members in the area. They referred him to Rabbi Daniel Epstein of Cockfosters & North Southgate United Synagogue.

Despite inquiring with other community members, Epstein was left with no leads.

“He passed away almost anonymously,” Epstein told the Jewish News. So he recruited a genealogist as Anastasi insisted the mortuary give them more time to locate the burial place of Fraenkel’s parents or other relatives.

The genealogist, Andrew Gilbert, traced back Fraenkel’s life story and found the burial place of his parents in London, where they came with their only son in the 1930s as refugees from Nazi Germany.

Fraenkel never married, following a love affair with a Swiss woman named Heidi that left him heartbroken, the researchers were able to ascertain from interviews with his neighbors, relatives and letters they found at his home.

He was an inventor who co-owned an engineering firm. Through an old Christmas card, Anastasi tracked down a former colleague of Fraenkel, who described him as someone who “everyone respected” and “a very knowledgeable man, a lovely man, who was very quiet, but whenever he spoke everyone listened, because they knew that what he was going to say was honest and true,” Anastasi told the Jewish News of his conversation with the former colleague.

The team also found relatives of Fraenkel, including a cousin who lives in the United States.

“There was no way I was going to let this man be buried in a shared grave,” Anastasi told the Jewish News. “My family is from the Greek community. We know the value of family and tradition and burying people according to their customs and rituals.”