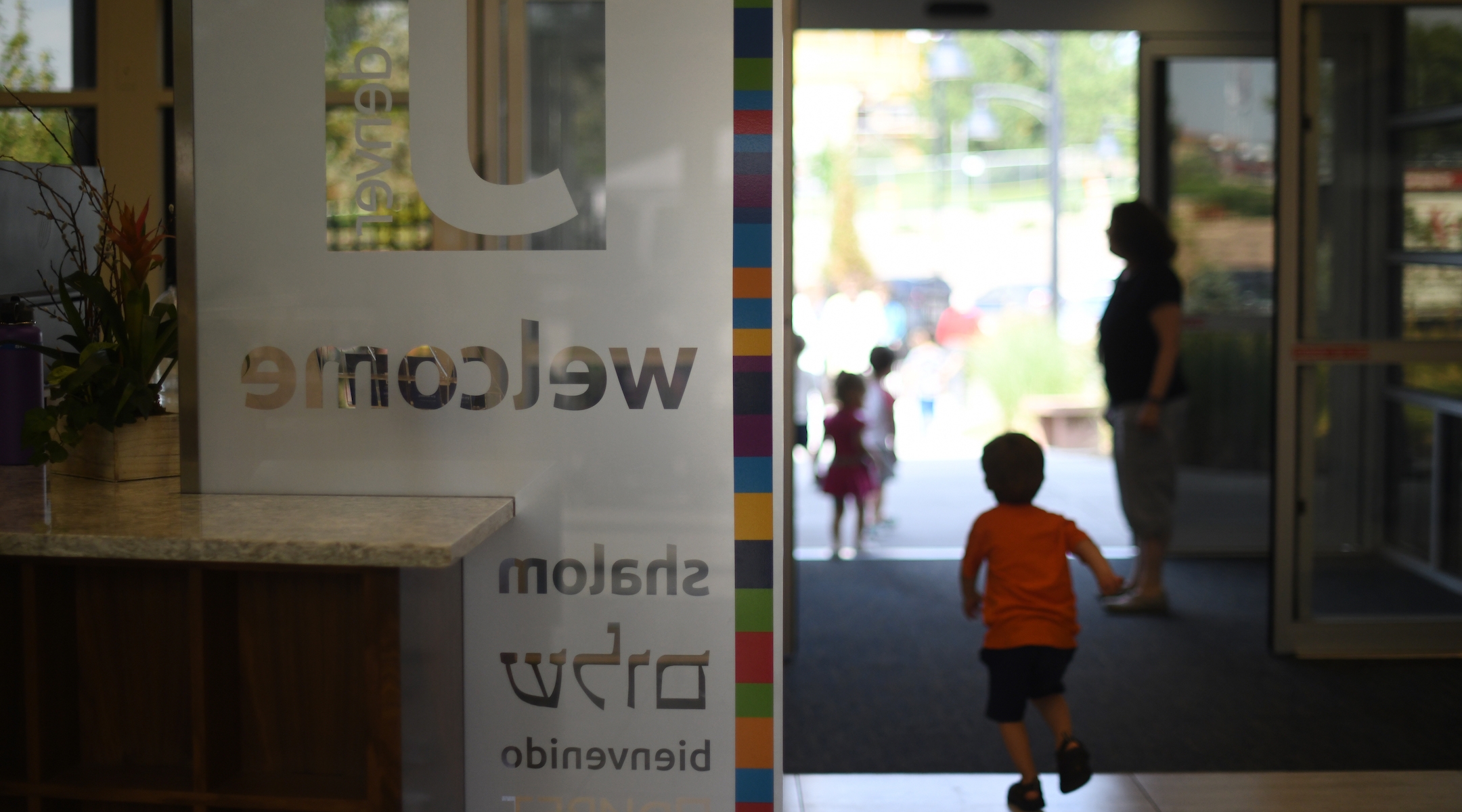 The main entrance of the Staenberg-Loup Jewish Community Center in Denver, photographed in 2018. JCCs are among the establishment institutions prioritized by a $91 million Jewish coronavirus relief fund. (Hyoung Chang/The Denver Post via Getty Images)
Advertisement

NEW YORK (JTA) — Money will begin flowing from a relief fund put together by a coalition of eight Jewish philanthropies within the next month, organizers say.

A few things have become clear about the fund since it was announced last month, including its size — $91 million, up from $80 million at launch — and when the fund will start accepting applications, which are by invitation only: that should happen within days. The fund will provide both interest-free emergency loans to Jewish organizations and grants that do not need to be repaid.

Other questions remain unanswered. Chief among them: how much money will go to loans as opposed to grants, whether beneficiaries will be publicly identified, and how much the fund will be able to fill the gaping financial hole left by the coronavirus crisis.

The fund was launched three weeks ago by a group of seven major Jewish philanthropic foundations and the Jewish Federations of North America. Called the Jewish Community Response and Impact Fund, it is, in raw dollars, the largest collective Jewish response to the current economic crisis. It is focused on the fields of education, engagement and leadership and seeks primarily to help long-established Jewish institutions.

“When we launched on April 20, it was sort of an advance launch,” said Shira Hutt, chief of staff of the Jewish Federations of North America. “It wasn’t like, on April 21, organizations were going to be handing us applications … Everyone is eager, I’m eager, the lenders are eager to start bringing together these loan resources to really help organizations that need this bridge.”

Since the fund was announced, JFNA announced deep layoffs and a growing number of Jewish camps have canceled their upcoming summer seasons. Even with the fund’s efforts, it’s likely that some of the Jewish organizations it seeks to help will need to shut down, said Felicia Herman, executive director of the Natan Fund, who is running the fund’s grant program.

Hutt said the fund is “trying to cast the widest net possible,” but said priority will go to Jewish organizations like synagogues, day schools, camps, Jewish community centers and campus Hillels. Beyond that, the fund is soliciting applications from other organizations with a national scope.

Groups outside those categories will not be considered for loans, Hutt said, at least at this stage. That means the fund will not loan to human service agencies, like those that provide health care or social services, which tend to have more local support and access to government funds. It also won’t consider any local organizations that are not part of a national network.

The need across those institutions appears to run deep. An early estimate of the collective financial need of the longstanding Jewish institutions the fund is focused on placed the figure at $650 million, a number some have said could rise even higher. One Jewish nonprofit leader called for a $1 billion fund.

The focus on legacy institutions is understandable, said Lila Corwin Berman, an American Jewish history professor at Temple University who focuses on philanthropy, because of the number of people those institutions employ.

But she said the loans may not be able to offset the effects of the current economic crisis, and the invitation-only structure privileges establishment groups and concentrates power in the foundations funding the initiative.

“It means a kind of effort to stabilize these institutions as they are, and to hopefully try to help the people employed by them,” she said. “But … nothing about these loans suggests that these institutions will be able to get back to where they were.”

The loan fund is only a piece of the solution emerging for struggling Jewish organizations. Some Jewish federations, which act as communal funding bodies, have also started large funds to help local institutions. New York’s UJA-Federation has pledged more than $45 million in funding, while Chicago’s Jewish United Fund has a $26 million pool.

In addition to philanthropic dollars, as of April 24, 575 Jewish organizations have received a total of $312 million in federal assistance, according to a survey conducted by JFNA.