The protesters are praying with their feet. Why can’t we pray in our shuls? 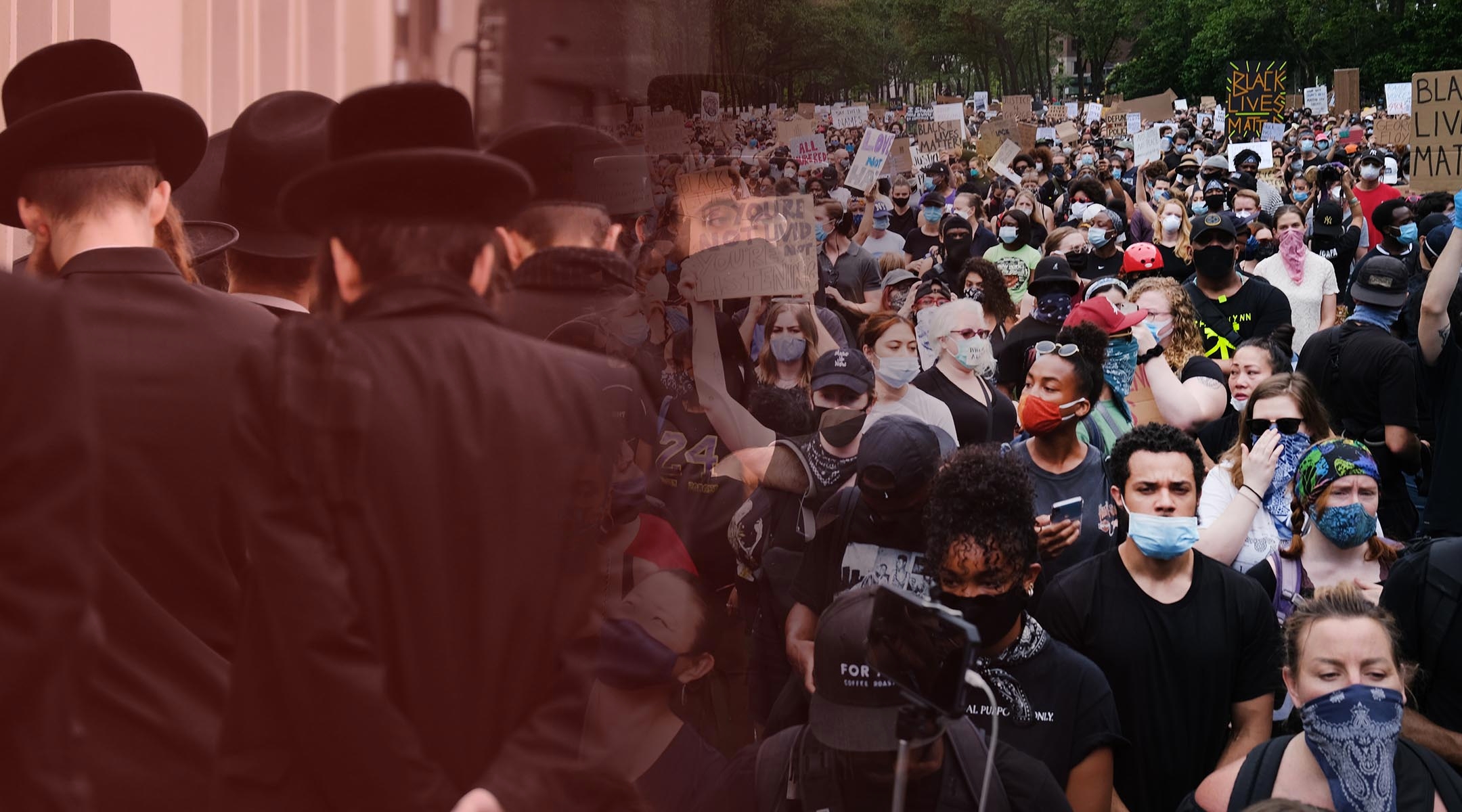 Polling has indicated time and again that Americans are growing less religious. But that doesn’t mean that Americans don’t crave spirituality, connection and community united around shared values. After months of lockdown, we’re yearning to take part in something bigger than ourselves, something based in righteous truth and meaning.

The lockdowns have made the protests marking the death of George Floyd more potent. They have prompted people who may never have showed up to a protest before to come, out of a deep instinctual desire for human connection around a just cause.

Americans want to be part of something meaningful after months of floating meaninglessly, and protesting the unjust death of a man who begged for his life and his dead mother with a police officer’s knee on his neck while bystanders watched helplessly is the cause they’ve righteously chosen. Because it’s not just about George Floyd, of course, but about all of the black men and women who have experienced systemic racism in their lifetimes.

People need to come together around something communal and uplifting. Unfortunately, for months, those who do so at houses of worship have been denied that same opportunity.

Coming together for prayer services, forming connections with neighbors over shared mutual beliefs and trying to make the world a better place are what religion is all about. But we have been ordered to abstain from these activities for months due to social distancing requirements related to the spread of COVID-19, and those who have refused have been issued citations, arrested or publicly shamed.

There’s a double standard at play here. If religious Americans can and are coming together to mourn the life of George Floyd in the streets, they can and should be able to do the same in the pews.

It’s not just about resuming regular weekend and weekday prayer services, but other deeply important rituals of religious life. Thousands are expected to attend Floyd’s funeral on Tuesday, including Joe Biden. Celebrities and sports stars are expected to attend alongside the grieving family. Across the country, memorial services for Floyd have drawn thousands.

This leaves my friends in mourning over their own loved ones, their parents, sisters and friends to wonder: Why is it that Floyd can have a real funeral service with unlimited mourners, despite Minnesota’s ban on gatherings of 10 or more, but my loved ones cannot? Why is it that New York Mayor Bill DeBlasio sent the NYPD to break up a Jewish funeral for a revered rabbi, even after the Jewish community organized beforehand with the NYPD for it to be done safely and in accordance with local requirements, but tens of thousands of New Yorkers can mourn George Floyd in the streets without any of that careful planning or safeguarding in place?

The answer is clear, the mayor said so himself: He places more value on social justice work than religious practices, even as they relate to mourning. Asked by a religious Jewish reporter at Hamodia why protests are allowed but prayer services aren’t, DeBlasio resonded that “400 years of American racism, I’m sorry, that is not the same question as the understandably aggrieved store owner or the devout religious person who wants to go back to services.”

The protests might technically be illegal, but we’ve seemed to collectively grasp their importance — and people aren’t being beaten by police because they aren’t following social distancing rules.

In New Jersey, Gov. Phil Murphy said similarly and scoffed at the idea of Americans regaining some of the rights they once took for granted. A reporter for another religious Jewish publication, Shlomo Schorr of the Lakewood Shopper, asked the governor if the protests violated his rules against large gatherings and was told that “it’s one thing to protest what day nail salons are opening and it’s another to come out and peaceful protest about somebody who was murdered right before our eyes.”

Our country was founded in response to the denials of the basic practice of religion. It’s why the First Amendment specifically grants Americans the freedom to freely practice their religion.

It is clear that many of our politicians don’t think that much of organized religion or recognize its importance.

They shouldn’t have to. But when we granted them the right to determine who is allowed to gather and who is not, it suddenly began to matter a great deal. Their constituents shouldn’t have to prove the worthiness of their religious beliefs in order to practice them. The idea that we have to earn the right to join together in prayer from our leaders is antithetical to the American experiment.

And now, with the curve so clearly flattened and without a single death in the city of New York from coronavirus on Thursday, it is clear that granting bureaucrats the power to shut down constitutionally protected areas of our lives will go down as one of the biggest mistakes of our nation’s handling of the pandemic. The double standard and selective enforcement of epidemiological guidelines must end.

We have a long way to go to emotionally recover from the past few months, and Americans need to be able to be free to do that work of healing not just in the streets but in the pews and funeral homes.