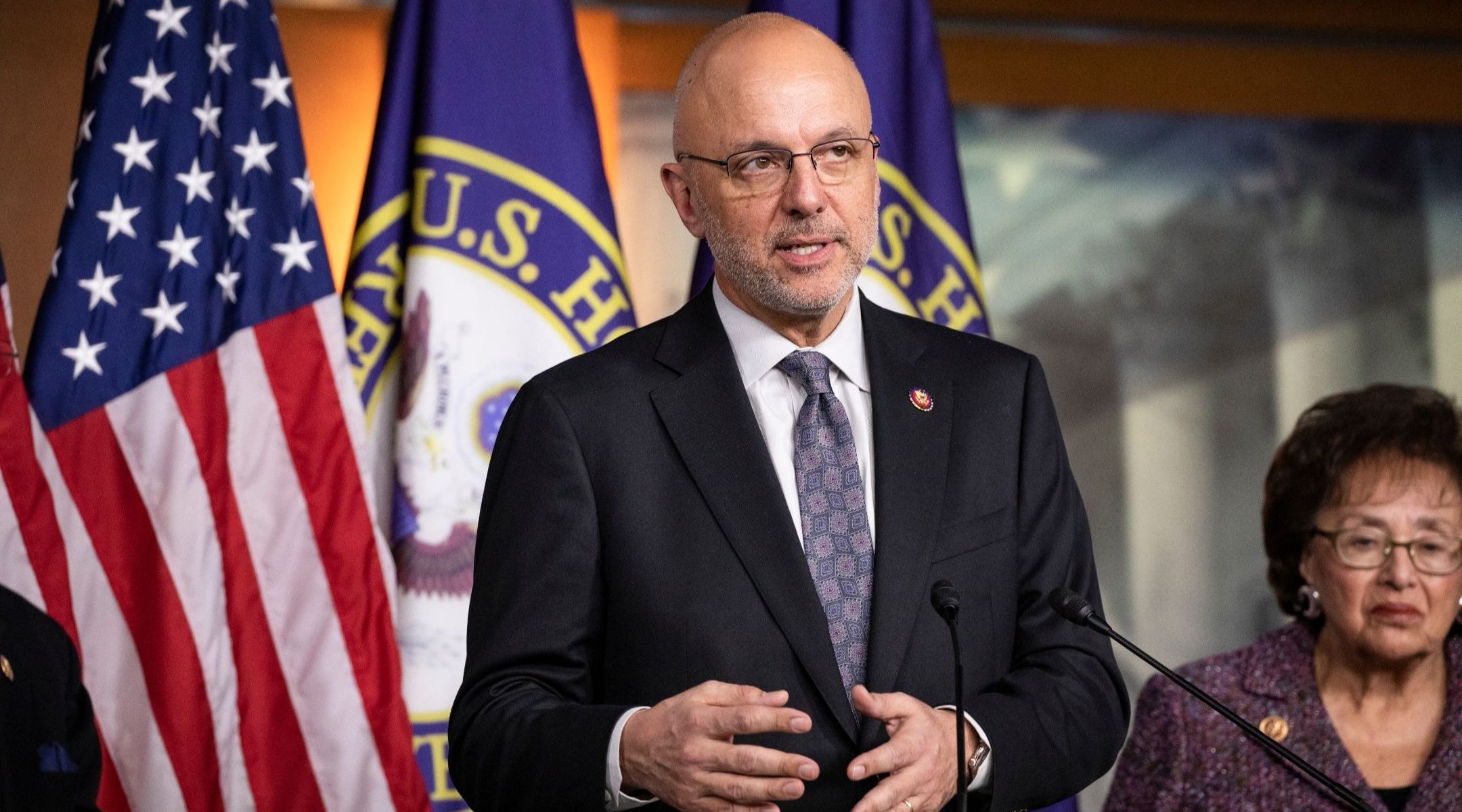 Representative Ted Deutch, D-Fla., speaks in Washington, D.C., Jan. 28, 2020. He is one of four authors of the letter. (Samuel Corum/Getty Images)
Advertisement

WASHINGTON (JTA) — House Democrats have put together a letter that they hope will unite their entire caucus in warning Israel against annexation of part of the West Bank.

The letter, now circulating among the party’s House caucus and obtained exclusively by the Jewish Telegraphic Agency, warns Israel about the dangers annexation would pose to Israelis and to the region. But it does not hint at any danger to the U.S.-Israel relationship and restates the signers’ commitment to the relationship.

The House formulation comes just weeks after a letter with much tougher language failed to garner a majority of the Democratic caucus in the Senate. It seeks to reconcile two competing interests for Democrats: sounding off about a looming annexation that the party believes would be disastrous for the Middle East, and not alienating the centrist pro-Israel movement, still seen as a critical component of support for Democrats in an election year.

RELATED: Read the full text of the letter here

“Unilateral annexation would likely jeopardize Israel’s significant progress on normalization with Arab states at a time when closer cooperation can contribute to countering shared threats,” reads the letter, sent Monday afternoon to every Democratic member in the U.S. House of Representatives.

“Unilateral annexation risks insecurity in Jordan, with serious ancillary risks to Israel,” it says. “Finally, unilateral annexation could create serious problems for Israel with its European friends and other partners around the world. We do not see how any of these acute risks serve the long-term interest of a strong, secure Israel.” 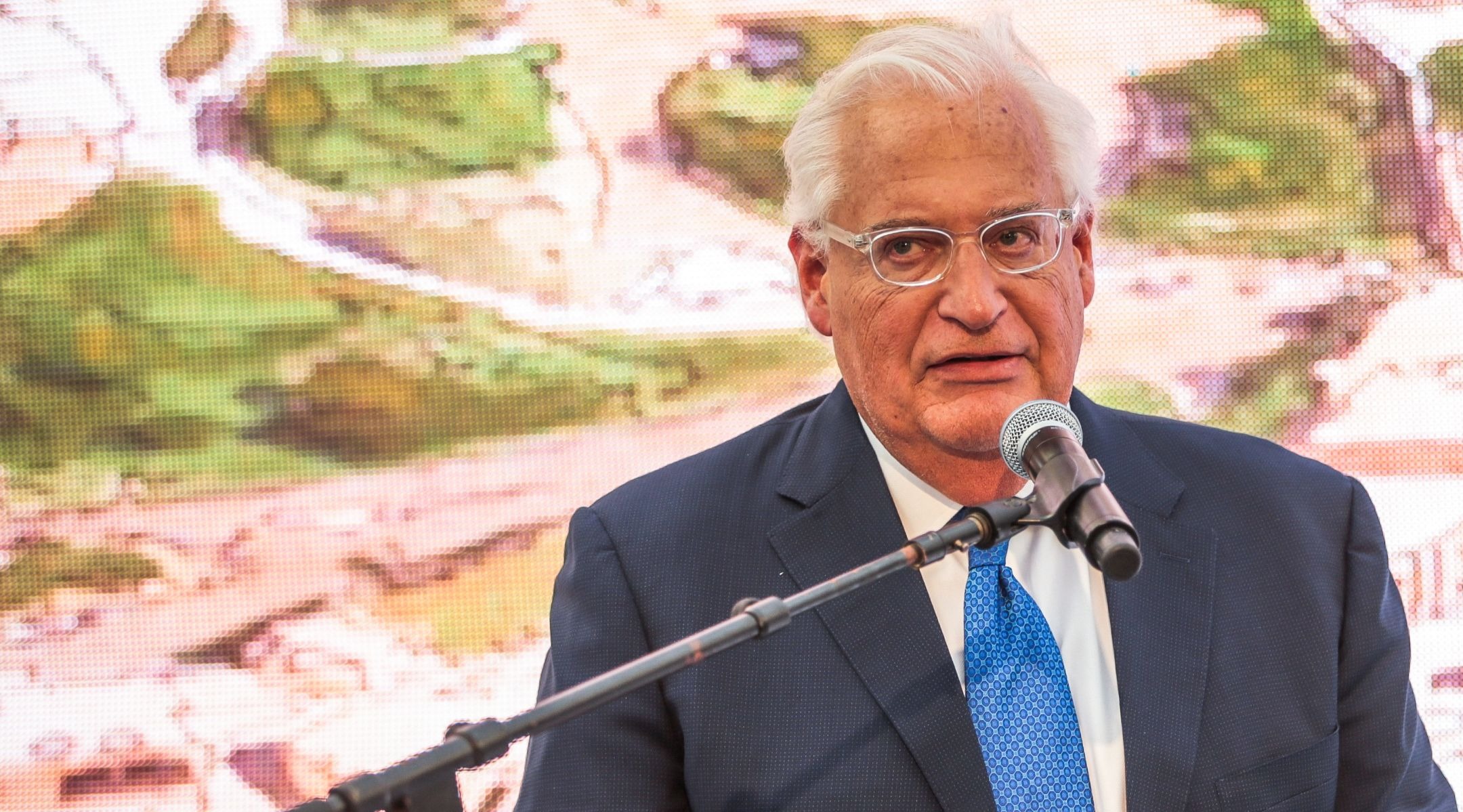 U.S. Ambassador to Israel David Friedman speaks at the opening of Pilgrimage Road at the City of David archaeological site in the eastern Jerusalem neighborhood of Silwan, June 30, 2019. (Flash90)

The letter concludes: “As committed partners in supporting and protecting the special U.S.-Israel relationship, we express our deep concern with the stated intention to move ahead with any unilateral annexation of West Bank territory, and we urge your government to reconsider plans to do so.”

Talks within Israel’s new government about how best to go about annexation have set off alarm bells among Democrats in Congress.

Last month, 18 Democrats in the Senate signed a letter to Israel’s government warning that annexation would “fray” ties with the United States. That letter was toned down from a version that effectively warned Israel that its relationship with the party would be over if annexation went ahead. The Senate letter was spearheaded by Sens. Chris Murphy of Connecticut, Chris Van Hollen of Maryland, and Tim Kaine of Virginia.

Even toned down, the Senate Democrats’ letter was unable to attract a majority of the caucus. That failure, according to sources, led House Democrats closest to the Israel issue to consider a letter that would not include any warnings about endangering the U.S.-Israel relationship.

The question is whether lawmakers on the margins of both sides of the House caucus will loudly protest. On the left, there are progressive members — including allies of the so-called “squad” of four freshman congresswomen, Reps. Alexandria Ocasio Cortez of New York, Rashida Tlaib of Michigan, Ilhan Omar of Minnesota and Ayanna Pressley of Massachusetts — who might want an explicit threat of a diminishment of aid to Israel written into the letter. On the right, there are a number of lawmakers led by Josh Gottheimer of New Jersey who generally resist any criticism of Israel.

Unusually for an initiative of this sort, the House letter was not spurred by any outside Middle East policy group or lobby. Instead, four Congress members who are frequently involved in Israel policy — two seen as aligned with the centrist American Israel Public Affairs Committee and two seen as aligned with J Street, the liberal Middle East policy group — worked together to draft a letter that would be seen as acceptable to the entire caucus.

The four are Rep. Jan Schakowsky, D-Ill., the party’s senior chief deputy whip, who is close to J Street; Rep. Ted Deutch, D-Fla., the chairman of the Foreign Affairs Committee’s Middle East subcommittee, who is close to AIPAC; Rep. David Price, N.C., a longtime J Street stalwart who is on the influential foreign operations subcommittee of the Appropriations Committee; and Rep. Brad Schneider, D-Ill., who prior to his congressional career held leadership positions with AIPAC and the American Jewish Committee. Schakowsky, Deutch, and Schneider are Jewish.

Deutch may also be poised to assume the chairmanship of the Foreign Affairs Committee, should its incumbent, Eliot Engel of New York, lose a June 23 primary. Getting the vast majority of the caucus to back the letter would help propel him to that coveted job.

The letter emphasizes support for a two-state outcome, a key Democratic plank that is no longer sacrosanct for Israel’s government or Republicans and the Trump administration.

Israeli Prime Minister Benjamin Netanyahu has set a July 1 deadline to launch the process that would annex parts of the West Bank, after getting what he sees is a green light from the Trump administration peace plan unveiled earlier this year. Whether the Trump administration backs Netanyahu on annexation now is an open question: David Friedman, the U.S. ambassador to Israel, is pressing Israel’s government to go ahead with the annexation, while Trump administration officials in Washington are signaling they want Israel to hold off until there is some Palestinian buy-in to the plan. 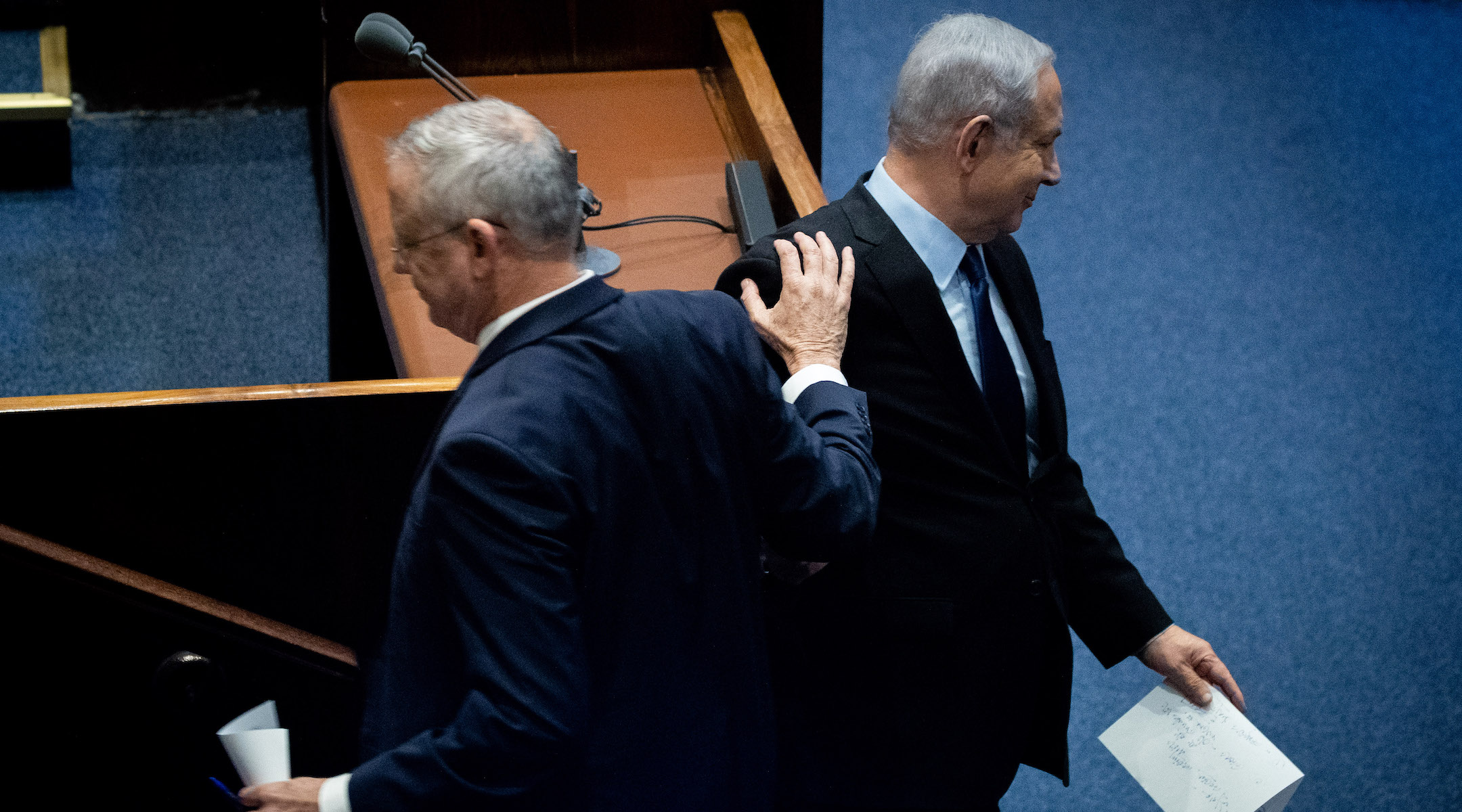 The Blue and White Party, the coalition partner to Netanyahu’s Likud Party, has resisted annexation absent a peace process that would keep the international community at bay. The party appears to be coming under pressure from Friedman, who on Sunday convened a meeting between its leader, Benny Gantz, the defense minister, and Netanyahu to press the issue.

A source familiar with the letter said one purpose would be to give Gantz a lifeline to resist pressure to green light annexation. The letter is addressed to Netanyahu, Gantz, and Foreign Minister Gabi Ashkenazi, who is also a Blue and White leader.

Organizers are aiming to garner signatures from almost all 235 Democratic members of the caucus, which controls the House. Netanyahu and Gantz are closely watching the 2020 election and would be wary of increasing tensions with a party that will likely continue to control the House and has a strong shot at taking the Senate and the White House.

AIPAC, a key player and the largest pro-Israel lobby in the U.S., said it could not back the letter.

“We do not support this letter for these reasons,” a spokesman told JTA. “It publicly criticizes Israel for potentially adopting a policy that would only be implemented in consultation and coordination with the U.S. government, it does not reaffirm the full U.S. commitment to Israel’s security assistance and it fails to provide the proper context that the critical problem in advancing the peace process is that for over a decade the Palestinian leadership has refused to come to the table to negotiate directly with Israel.”

Last week, the influential group signaled to Democrats that it would not push back against criticism of the annexation, as long as the criticism does not touch the fundamentals of the U.S.-Israel relationship — a condition that this letter meets.

But the letter does not principally blame the Palestinians for any impasse, which is a key theme in AIPAC’s treatments of Israeli-Palestinian negotiations; it barely blames them at all.

“Our fear is that unilateral actions, taken by either side, will push the parties further from negotiations and the possibility of a final, negotiated agreement,” is its only allusion to malfeasance by the Palestinians.

AIPAC in its statements reflexively notes past Palestinian rejection of peace initiatives; Palestinian Authority payments to those imprisoned for killing Israelis and Americans; and Palestinian efforts to achieve statehood recognition absent a peace process as obstacles to peace more serious than anything Israel poses.

The letter comes at a time that right-wing pro-Israel groups, including the Republican Jewish Coalition and the Zionist Organization of America, have said they will lobby for annexation of parts of the West Bank.