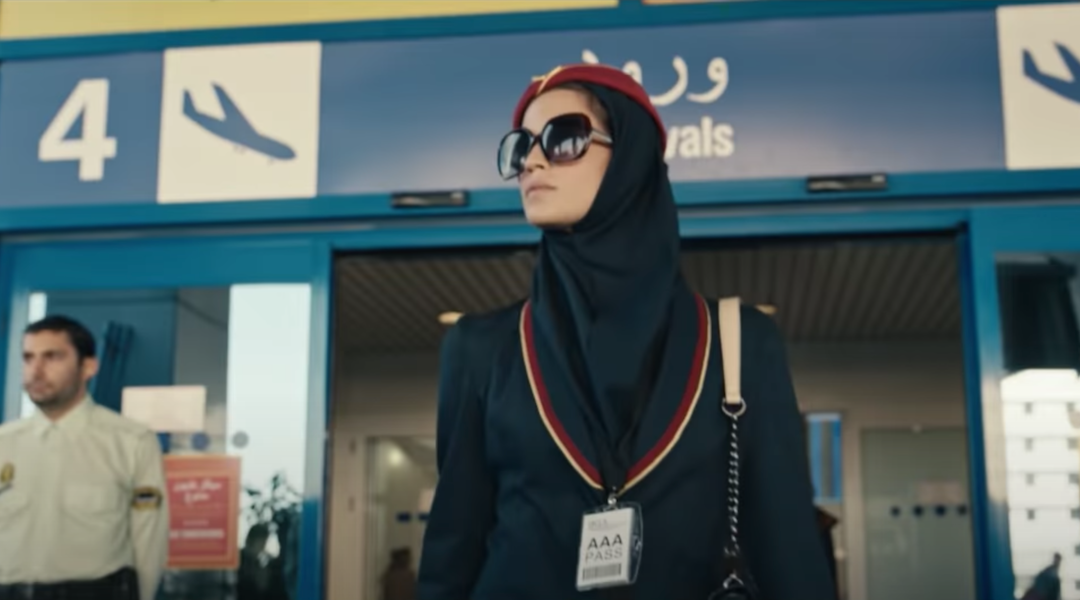 Niv Sultan appears in the trailer for "Tehran." (Screenshot from YouTube)
Advertisement

(JTA) — Apple TV+ has picked up “Tehran,” an Israeli thriller set in the Iranian capital co-created by Moshe Zonder, a writer for the hit Netflix show “Fauda.”

The reportedly multimillion-dollar sale was brokered by Cineflix Rights and Paperplane Productions along with the show’s producers, Dana Eden and Shula Spiegel.

“Tehran” focuses on the story of Tamar Rabinayan, played by Israeli actress Niv Sultan, who is a gifted young hacker for Israel’s intelligence unit. She is drafted to join the Mossad and sent on a perilous mission to Iran, where she is ordered to hack into an Iranian nuclear reactor.

When her ambitious mission fails, Rabinayan is stuck in the land of her childhood, where she discovers her local roots and befriends local pro-democracy activists.

“Tehran aims to shed new light on the Israeli-Iranian conflict, and take on universal struggles around immigration, identity and patriotism to examine whether it is possible to become free from these restraints,” Zonder told Deadline last year.

“Tehran” is set to premiere in Israel on June 22. No U.S. release date has been announced.

In other Israeli TV news, an American adaptation of the Israeli show “On The Spectrum,” about three young people on the autism spectrum who share an apartment, was picked up by Amazon. The show’s Jewish showrunner, “Parenthood” creator Jason Katims, said that as the father of a 23-year-old autistic son, “it is deeply personal for me to get to tell this unique story of what it’s like to come of age as someone with autism.”