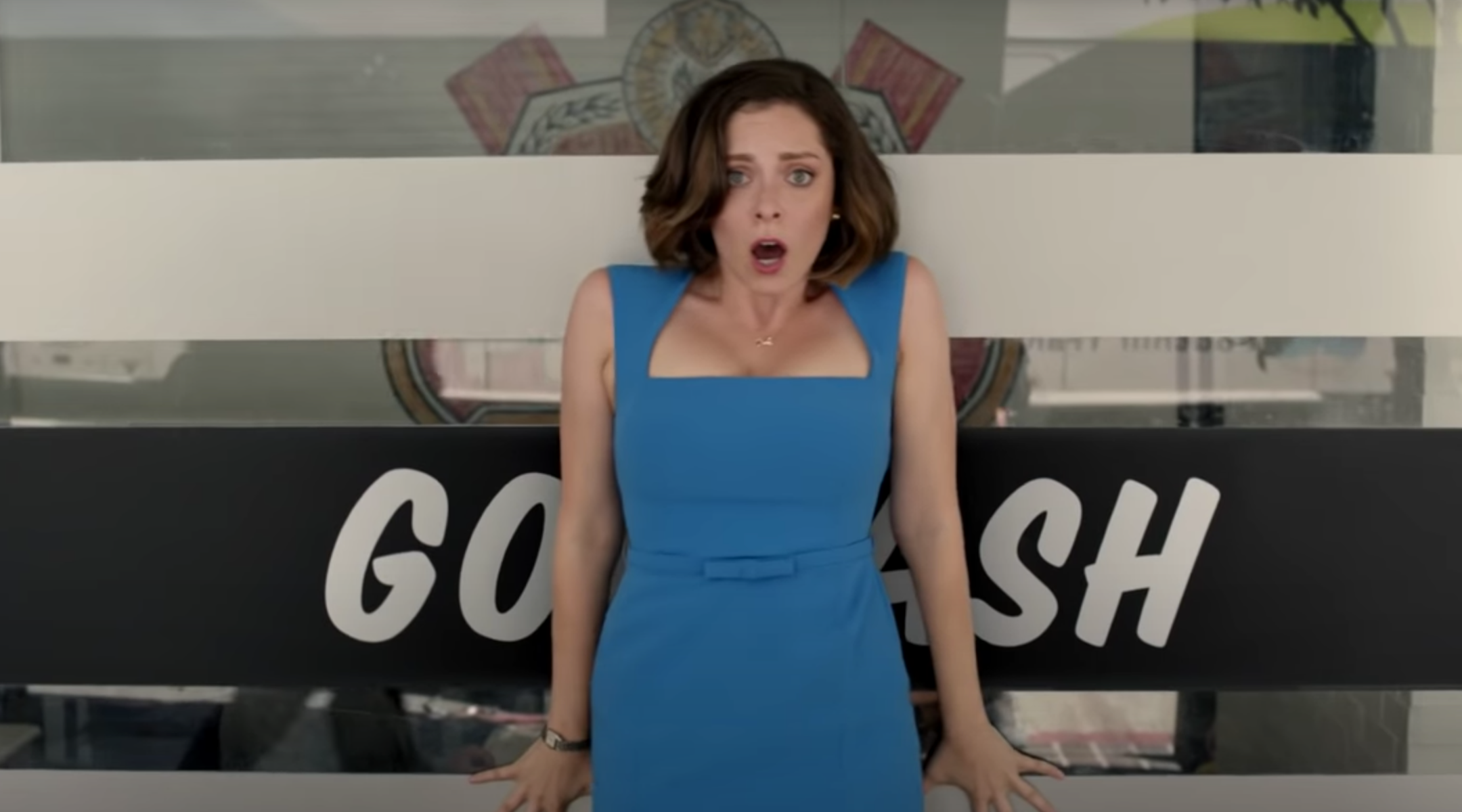 Social distancing and staying inside is hard. Thankfully, accessing good things to watch during this time is not. This is the 13th installation of a weekly column on Jewish movies and TV shows that you should stream in quarantine.

(JTA) — In a world in which “crazy” is becoming the norm, the musical sitcom “Crazy Ex-Girlfriend” reclaims the epithet with charm and humor.

And in the midst of a pandemic that has caused a wave of anxiety and depression, the show, which handles its portrayal of mental illness with grace and wit, is a more relevant watch than ever.

The plot centers on Rebecca Bunch, a young woman who quits her high profile job at a New York City law firm and moves to West Covina, California, in search of happiness. For Rebecca, happiness comes in the form of Josh Chan, her ex-fling from summer camp years ago.

After running into Josh on the streets of Manhattan, Rebecca takes a job at a low-profile real estate firm in Josh’s hometown, where he “just happens to live.”

Drawing on Bloom’s successful online comedy, songs in the series are often performed in a recognizable showtune style. Her tongue-in-cheek song in the pilot, “The Sexy Getting Ready Song,” which deals with the high beauty standards expected of women, is particularly fun, and features a cameo from the late rapper Nipsey Hustle, who comes to reckon with the way he treats women.

Interrupting his rap verse, Hustle looks down at the used wax strips strewn around Rebecca’s bathroom. “This is horrifying,” he says, “like some nasty ass patriarchal bullshit. You know what? I gotta go apologize to some bitches. I’m forever changed after what I’ve just seen.”

Unaffected, Rebecca continues her song accompanied by a set of backup dancers decked out in shapewear.

The show is also delightfully Jewish, from Rebecca’s overbearing mother played by Broadway star Tova Feldshuh to the epic JAP rap battle that occurs when Rebecca comes face to face with her childhood rival from Scarsdale.

The show even deals with anti-Semitism. Rebecca’s boss, Darryl, begs Rebecca to represent him in a custody battle with his ex-wife. Despite Rebecca’s legal expertise covering real estate, Darryl insists, “I just want to see my wife’s face. I mean, her Jew went to CSU Long Beach. My Jew? Harvard and Yale!”

Rebecca agrees to consider but mentions that they should “circle back to the ‘Jew’ thing, because that’s a conversation we need to have.” Darryl is left alone to realize his mistake in a satisfying portrayal of the subtle prejudices that American Jews often contend with.

The show is filled out by a diverse cast of characters whose storylines are often given as much or more airtime than Rebecca’s. Bloom and Brosh-McKenna intentionally put out a casting call that did not specify any particular desired ethnicities. Once the cast was in place, the writers created backstories to match the actors’ identities. In doing this, “Crazy Ex-Girlfriend” gives us understated representation that most contemporary shows lack.

There’s another topic that the series succeeds in showing honestly that most other shows fail to capture well: mental illness. As the plot develops, Rebecca goes through intense manic episodes followed by periods of depression. She’s eventually diagnosed with Borderline Personality Disorder.

As Rebecca grows to understand her mental health, she helps her new friends in their own growth, and that aspect of the show is especially touching right now. The global health crisis and growing economic recession have sent many spiraling, in search of a feeling of kinship as they struggle with social isolation.

And yet, despite the strain we’re all under right now, our culture remains insistent on shoving depression under the rug, or depicting mental illness as a negative character trait. Bloom’s realistic portrayal of someone with mental health issues is a comfort for those struggling in this moment.

There’s only one warning to be given: heed the title. I once recommended the show to a friend, but she returned having failed to get through the first episode because, in her words, “[Rebecca]’s just too crazy!”