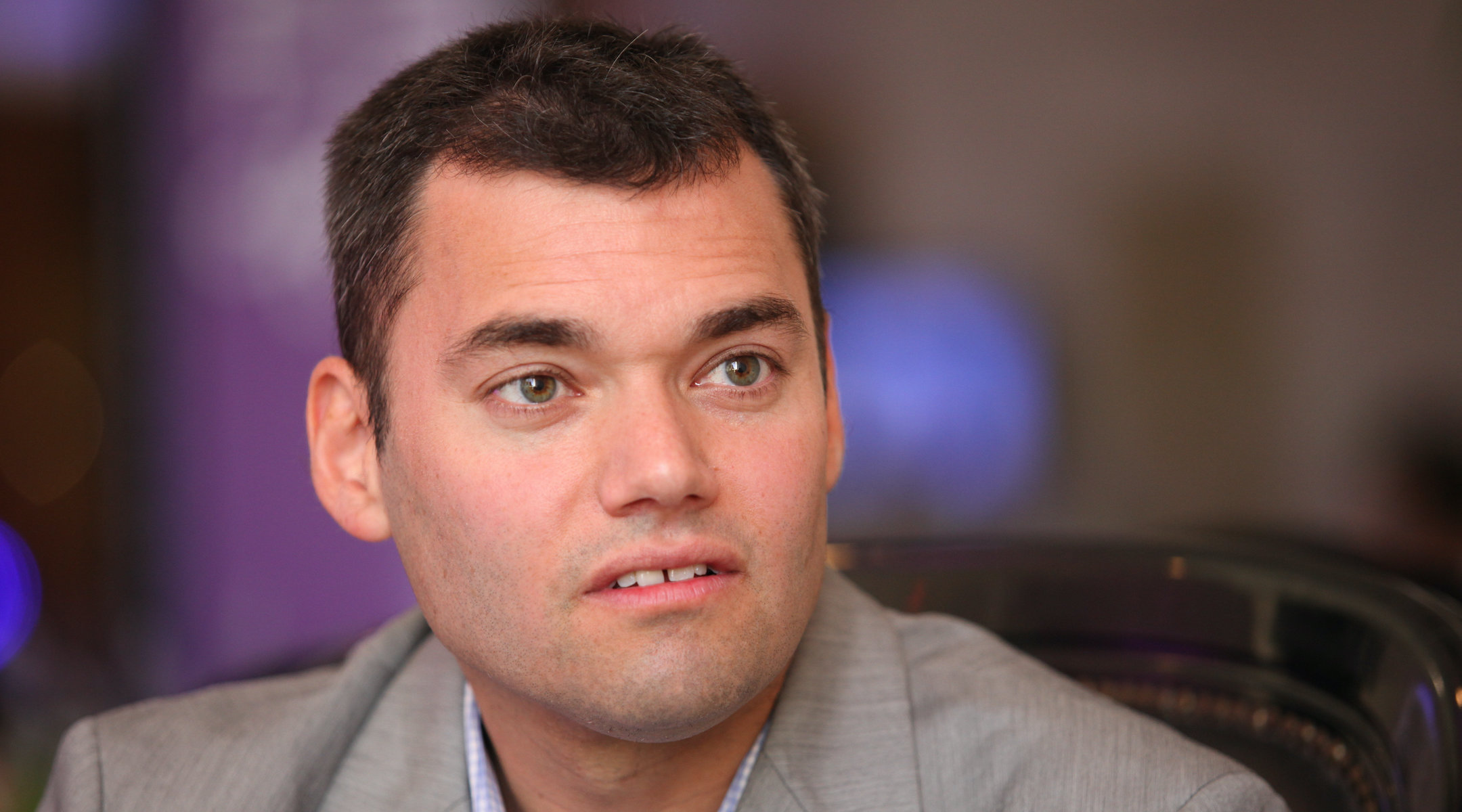 “The Failure of the American Jewish Establishment” warned that American Jewish institutions would not engage young people unless they advocated more forcefully for an end to Israeli control of the West Bank and the establishment of a Palestinian state alongside Israel.

“The only kind of Zionism they found attractive was a Zionism that recognized Palestinians as deserving of dignity and capable of peace,” Beinart wrote, which he said was the kind of Zionism “the American Jewish establishment has been working against for most of their lives.”

The piece, and a book that followed, provoked responses from across the Jewish spectrum and played a large role in shaping the American Jewish conversation on Israel. Beinart himself became a kind of American Jewish spokesperson for the two-state solution — sometimes even to the chagrin of other liberals — so much so that members of J Street U, the college arm of the liberal Israel lobby, called themselves “Beinart’s Army.” Beinart spent the next decade urging American and Israeli Jews to work toward a two-state peace.

He isn’t doing that anymore.

In an 6,700-word article published Tuesday in the liberal magazine Jewish Currents, where he is an editor at large, Beinart made the case for a binational Jewish-Palestinian state in the area that currently comprises Israel, the West Bank and Gaza, with equal rights for all. He says he is willing to let go of the idea of a Jewish state, but says the new country could still be a “Jewish home.”

The Jewish Telegraphic Agency spoke with Beinart about his shift away from supporting a Jewish state, the response he’s gotten so far and whether he would have done anything differently over the past decade.

JTA: Why did you decide to publish this essay now?

Beinart: I felt that it had, for a while, become harder and harder for me to credibly argue that a Palestinian state could be created. It’s one of those things where it’s impossible to prove definitively that any historical eventuality is impossible. The Austro-Hungarian Empire could be restored, right? So you can’t say it’s impossible, but at a certain point it becomes so unlikely that it seems to me irresponsible not to think about other alternatives. I had been very skeptical of other alternatives for a variety of reasons, but I thought it was time to really start investigating them by necessity in more detail.

[Israeli] annexation [of parts of the West Bank] was on the horizon, but I also felt that regardless of whether annexation took place, the truth was, the arguments I was making about two states were feeling more stale and unconvincing to me.

You argue that the two-state solution has become unrealistic. Does one binational state feel any more realistic?

The reason I believe that one equal state may ultimately be more realistic is that I believe it is more capable of creating the kind of mass movement that would shift the balance of power.

If you think about the anti-apartheid movement or the civil rights movement or the Black Lives Matter movement, all of them have been able to take things that were considered deeply unrealistic and make them realistic because of the core of the popular mobilization they’ve created.

Where do you see this popular movement taking place? Is it among American Jews or Americans more broadly? Is it among Palestinians?

The most important dynamic is what happens on the ground and that’s where, [in] a world in which the Palestinian Authority, which now acts as Israel’s subcontractor and tries to keep in place the fiction of a Palestinian state, is replaced by, ideally, a mass nonviolent movement for equality, and in which inside the Green Line, you have an expanded Joint List which takes in a party like Meretz and maybe even Labor, to create a real genuine Jewish-Palestinian alliance for equality.

Inspired by that, you could start to see greater mobilization in the United States. I don’t think it’s hard to imagine, in the next five years, parts of the Democratic Party moving to embrace the idea of equality.

What if the next mass movement is not nonviolent, like in previous waves of conflict like the second intifada? What if it’s murderous?

If there’s another round of violence between these two populations, why does that presage a situation in which they can live peacefully?

The evidence suggests that once people gain their freedom, the appeal of violence goes way down. The Irish Republican Army killed more than 1,700 people in terrorist attacks both in Northern Ireland and in the rest of Britain. That didn’t mean that Catholics in Northern Ireland were incapable of living alongside Protestants. It meant that they needed to live alongside Protestants with equal rights.

Twenty percent of Israel’s population is Palestinian inside the Green Line, and the Palestinian refugees, mostly, whether they live in the diaspora or the West Bank or Gaza are [originally] from Israel proper, and they don’t just forget about the fact that they’re from Israel.

Something Jews don’t take account of is how difficult and problematic a vision of separation actually is. Embedded in that notion is very often that Palestinians have to tolerate living in a Jewish state where they’re second-class citizens.

Is the fact that Arab Israelis are full participants in Israeli civic life an argument for the idea that a Jewish state is viable?

The Palestinian citizens [of Israel] are citizens, so they have more rights than Palestinians in the West Bank and Gaza, who live under Israeli control without citizenship in the country in which they live. But the [Palestinian citizens of Israel] are second-class citizens in a whole range of ways, from the fact that the symbols of the state do not represent them to very practical ways like the fact that there’s a very strong tradition in Israel that when you form a governing coalition, you have to get to a 61-seat Knesset majority with Jewish seats.

Palestinian citizens of Israel show us, through the way they respond to citizenship, they prove what is to me a basic axiomatic point, which is that more freedom produces more peace, but they still do not have the right to full equality that you and I want in America.

Do you feel like that’s impossible in the framework of a Jewish state?

Equality is impossible in a state that privileges Jews over Palestinians, that sees itself as having a special obligation to Jews that it does not have to Palestinians.

How would an army work in a binational Jewish-Palestinian state?

In 6- or 7,000 words, there’s no way one can lay out a blueprint for how a political system would work, so what I’m doing is kind of laying out a vision. There are broad principles. I think it probably makes sense to have policing in local communities be done by people who have a connection to those local communities.

It is very difficult for a lot of people to imagine today some kind of integrated military. As late as the 1940s, it was inconceivable for many, many Americans that you could have a white soldier serve under a black officer, so there are things that seem really hard to imagine for us that moral progress makes possible.

Have you received any feedback that has made you rethink some of the points you made?

I think the best counterargument to my piece is, yes, one state’s not going to lead to the mass murder of Jews, but it might lead to significant Jewish emigration, which would lead to a less vibrant Jewish society.

Some people might say, heck, I’d rather just live in Australia. My counterargument would be twofold: First of all, it is not morally acceptable to say that because of that prospect you are going to hold millions of people without basic rights.

If we really are Zionists and we believe in the preciousness of a Jewish society and a Jewish home, then we should be sure to create the resources and the possibilities to buttress that Jewish society.

In your 2010 essay, you advocated something different from this. What happened over the past 10 years that made you feel arguing for Jewish statehood didn’t work?

Israel has just continued to further and further entrench and make more permanent its control over the West Bank. That’s made the two-state solution much harder to imagine. Secondly, I have probably become more aware than I was then of the challenges even of a two-state solution.

The Palestinian discourse, certainly in the United States, has progressively moved further and further away from the two-state solution. That’s been a feature of Palestinian writing. It’s increasingly become more and more of a consensus that a viable sovereign Palestinian state is no longer on the table.

Do you think there’s anything advocates of the two-state solution could have done to forestall that change?

What about two-state advocates within the Jewish community? Do you have any regrets about the way things went?

If the American Jewish community writ large were supportive of conditioning military aid, that would be a massive shift. That would make American policy possible that I think might have made the two-state solution more possible.

What I hoped for in that 2010 piece was a moral revolution inside the American Jewish community. Mainstream American Jewish institutions remain very, very powerful. Arguably they’re losing influence in the Democratic Party but they still retain a lot of power, I think, unfortunately.

Are you worried about losing a thriving Jewish society, in terms of Hebrew culture, Jewish ideas and religious innovation?

This will be a complicated and messy and difficult process, and there will be real challenges that Jews will face. But I do believe that what we have seen in other parts of the world and what is intuitive is as you move toward equality, societies can become more harmonious, not less. And in a society that is more harmonious, I think that Jewish society should be able to flourish. That includes religious innovation, cultural innovation, Hebrew, all those things — perhaps even benefiting from the fact that there will be a more equal interaction with the Palestinians with whom Jews share the land.