With flights grounded, Indians who work in Israel are unable to get back to their jobs 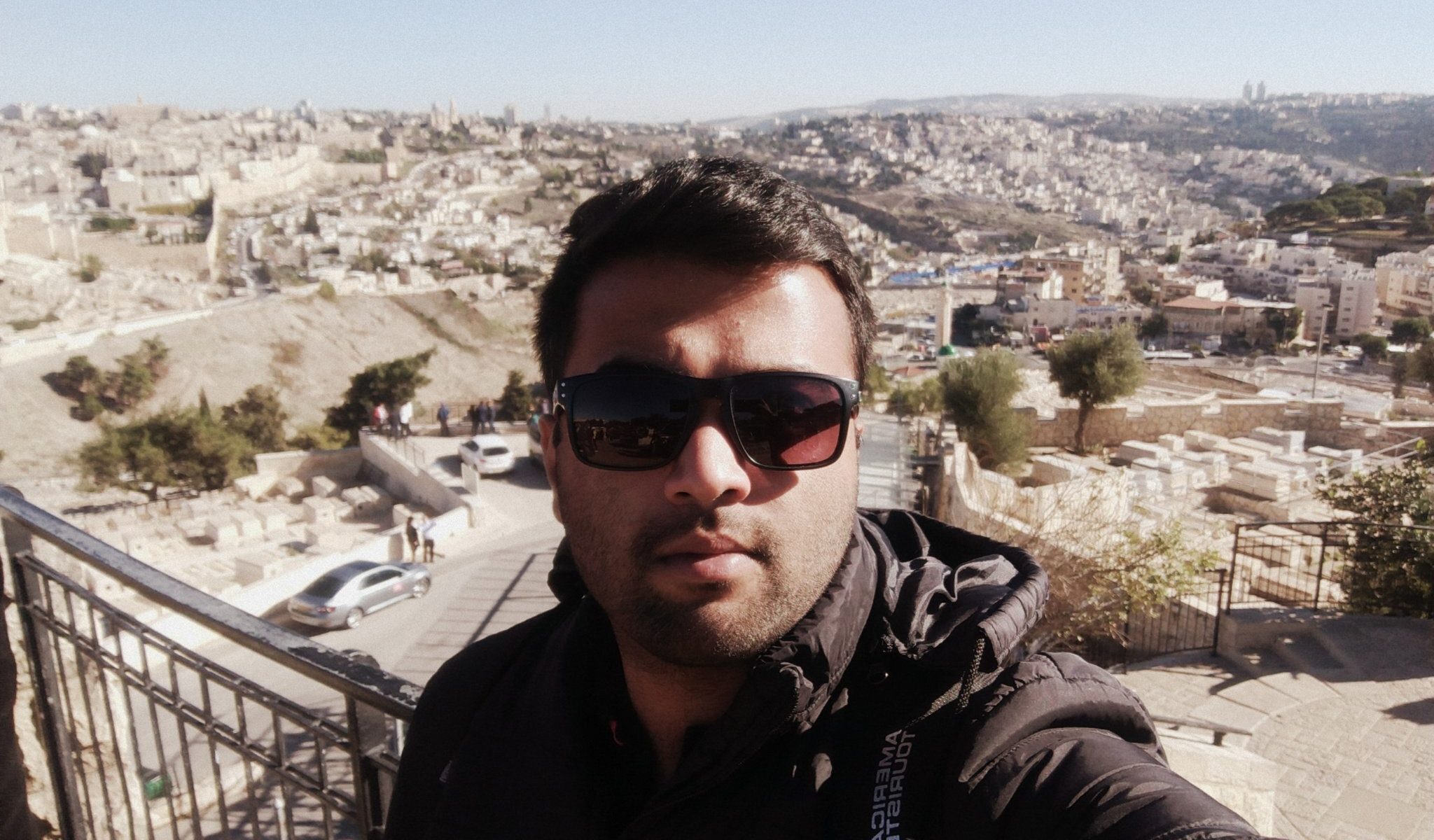 Siva Sai, who works and studies at Tel Aviv University's Sackler School of Medicine, during a visit to Har Zion. Sai is currently stuck in India because of the coronavirus pandemic. (Courtesy of Sai)
Advertisement

(JTA) — Chandrakanth Gadipelly’s flight from Delhi to Tel Aviv was already taxiing for takeoff when the announcement came: All Indians would have to disembark.

That was in the middle of March, as Israel completely closed its borders to non-citizens, and Gadipelly has been trying to get back to his chemical engineering lab in Haifa ever since.

“They’re trying to keep with the pace without me but because of me not being in my place, most of the work has completely stopped because I’m one of the central people on the project,” he said from his home in Mumbai.

Gadipelly is one of hundreds of Indians who are unable to get back to their lives in Israel, where a flourishing community of expats working in science, technology and home health sectors. According to the Indian Embassy in Tel Aviv, more than 12,000 Indian citizens live and work in Israel, the vast majority as caregivers for the elderly or people with disabilities.

Many of those people have remained in Israel throughout the pandemic, or flown home to their families in India. But some Indians were caught abroad when travel restrictions were imposed in the pandemic’s early days. A coordination effort has generated a list of more than 200 Indians who need to either travel to Israel or return to India.

With both countries fully occupied by their battles against the pandemic at home, the Indians with Israeli ties appear to have fallen through the cracks until now.

A May 25 airlift organized by the Indian government allowed Indians in Israel and Israelis in India to return home, but non-Israelis were not permitted to make the trip to Tel Aviv. And while Israel has given permission for foreigners whose lives are based in Israel to return, no commercial flights are scheduled.

“Literally I wake up every morning and I beg them to restart flights,” said Siva Sai, who is studying at Tel Aviv University’s Sackler School of Medicine, where he is also a laboratory assistant studying properties of blood. He’s been making his case on social media, so far to no avail: “I’ve been tagging every one of them but there was no response.”

Sai had traveled to his home in Chennai for a visit in mid-March and understood at first that he would have to put his return on hold while the world went into lockdown.

“I was happy to take a break for one or two months, but this break has been too long on me,” he said.

Gadipelly, too, has been issuing pleas online. “We’ve been tweeting to almost all the agencies every day, dozens and dozens of tweets,” he said. “But there is no reply. I don’t know, people aren’t taking it seriously. Maybe It’s just because it’s the students’ voices, I don’t know.”

Mayuri Mukherjee, a doctoral candidate at the Hebrew University of Jerusalem studying emerging technologies and security, has been working to coordinate Indians who want to return to Israel. She said she understood why their plight hasn’t yet attracted much attention from government officials who could potentially address it.

“To us our individual stories are important and it’s a big deal to us to be stuck here, but in the larger scheme of things, we are very small in numbers,” she said. “When you put together the number of Indians in Israel and compare it to Indians in the US, for example, those numbers don’t match. There is no comparison. So I think from the Indian government’s point of view, the thought was, ‘ah we did one flight, Indians who were stuck in Israel have been sent back home. We are now done, for the most part.’ Those of us who are stuck here, well, bad luck.”

This week, the students got their first signs of hope. The Indian Embassy replied for the first time to one of Sai’s messages on Tuesday, asking him to get in touch.

“Please private message your contact details. We will contact you,” the tweet said. “The Embassy is directly in touch with many Indian students in Israel on this issue.”

And on Wednesday, the embassy announced on its website that it is “looking at the possibility” of organizing another flight for later this summer. It asked interested people to submit their personal details by Aug. 15.

No one yet has a ticket, and uncertainty remains as both countries grapple with rising coronavirus cases. But the updates suggested a possible end to the months-long limbo.

“It’s very difficult to be stranded in your own country,” said Gadipelly. “It’s really sad. Because I’m in my hometown and I’m with my family, but there is a limit. I have my work responsibilities also.”