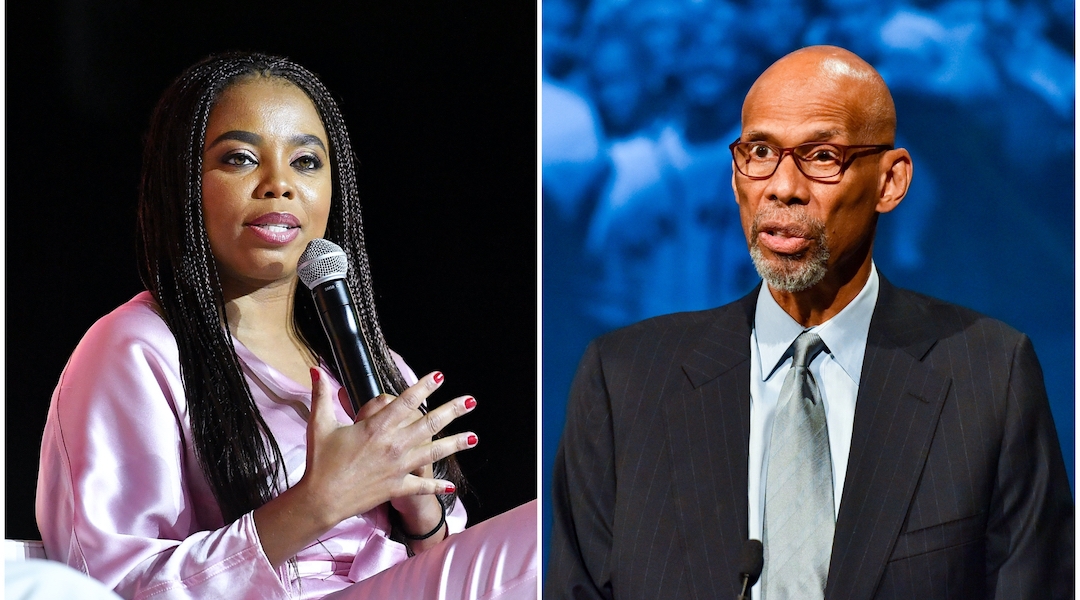 (JTA) — In the wake of a string of high-profile controversies involving the likes of rapper Ice Cube and NFL player DeSean Jackson, two more prominent Black commentators have called out anti-Semitism in the Black community this week: NBA Hall of Famer-turned columnist Kareem Abdul-Jabbar and sports journalist Jemele Hill.

In his latest column for The Hollywood Reporter on Tuesday, Abdul-Jabbar argues that there has been a “shocking lack of massive indignation” over recent statements on social media by various sports and entertainment figures that perpetuate anti-Semitic canards. He cites messages posted by Ice Cube; DeSean Jackson; comedian Chelsea Handler, who is Jewish but boosted a defense of Louis Farrakhan’s history of anti-Semitic remarks; and the former NBA player Stephen Jackson, who in defending DeSean Jackson’s original post brought up a conspiracy theory involving the Rothschilds and world domination.

Abdul-Jabbar, who has written a regular column since 2017, says Hollywood and the sports world did a collective “shrug of meh-rage” in response to those incidents.

“[I]f it’s OK to discriminate against one group of people by hauling out cultural stereotypes without much pushback, it must be OK to do the same to others,” he wrote.

A day earlier, in a column in The Atlantic, Jemele Hill wrote that “Regardless of what happens with Jackson, the unfortunate truth is that some Black Americans have shown a certain cultural blindspot about Jews.”

Stereotypical and hurtful tropes about Jews are widely accepted in the African American community. As a kid, I heard elders in my family say in passing that Jewish people were consumed with making money, and that they “owned everything.” My relatives never dwelled on the subject, and nothing about their tone indicated that they thought anything they were saying was anti-Semitic — not that a lack of awareness would be any excuse. This also doesn’t mean that my family — or other African Americans — are more or less anti-Semitic than others in America, but experiencing the pain of discrimination and stereotyping didn’t prevent them from spreading harmful stereotypes about another group.

She called on Jackson, who has since talked with a Holocaust survivor, to take up Jewish NFL player Julian Edelman’s offer to visit the U.S. Holocaust Museum and the National Museum of African American History and Culture together in Washington, D.C.

Abdul-Jabbar and Hill aren’t the first leading Black sports commentators to weigh in on DeSean Jackson and Stephen Jackson’s comments — Stephen A. Smith and Michael Wilbon voiced their thoughts on the topic last week.